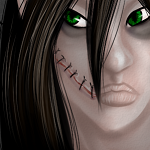 Some people say that everyone deserves a second chance at life.

But what if you never wanted a second chance?

What if you only wanted that one shot, and have it be over? What if you were forced to take that second chance anyway?

This is the story of such a person, a young woman cut down in her prime, and forced to try again.

Pyrocumulus
I'm just a simple artist with a lot of dumb ideas. The comics I host here probably won't be that good, but I'll try.

Thank you so much! I'm glad to say that it will be continuing, hopefully very soon. It's honestly a shame I've been gone this long!
Pomegranite Girl (Guest), 4th Nov 2014 On Anxiety
Reply
I just finished archive binging this comic and I really enjoy it. I hope it continues to update
Pyrocumulus, 23rd May 2014 On Anxiety

How long had it been? How close to the day being over was she? Sairen looked around frantically, kicking herself-or not, given her lack of legs-for the fact that the house didn't have a clock. "They're both asleep, it'd probably be okay to get a quick...No, no, it can wait. I'll be fine." The way she was slithering back and forth across the floor was hardly making Sairen seem fine though, least of all with the way she was running her hands through her hair anxiously while hunched over, sore. Kane hadn't woken up yet, and Tori had gone back to sleep shortly after Sairen's conversation with him "Okay, it has to be about time for lunch, and those two have to wake up soon. I'll cook something; let myself unwind for a bit doing that. Give myself something to focus on." That would be easy enough; Sairen moved toward the old stove in the corner, along with the pot and handful of utensils that made up the only cooking supplies they presently owned. Once there, she sighed and began lighting it up, all while trying to put the matter of what she could be doing otherwise as far out of her head as possible.

Author Note
Pyrocumulus, 17th May 2014 On You deserve it

Sairen eased her way over to a chair, and slid down into a somewhat-seated position. This whole thing was giving her a quickly-growing uneasy feeling. Tori appeared to be much the same, and he stopped to cough briefly before he explained, "Kane woke you up right after that. You were very tired and so was I, but we were both woken up by him starting to yell. He screamed at you for a while, demanded to know where you've been going every day, why you're always so tired..." Tori went quiet for a moment long enough to cough once more, wheezing a bit afterward. Sairen sat in silence all the while, until Tori continued, "I don't think I've ever seen him really ever get that emotional, but he was talking about how hard it was for him to handle all the cooking and cleaning up when he could barely move, and I kind of knew what he was talking about since I've had the same. And he said we have a lot less money than we should, and most of its been coming from what the two of us have been doing. He called you lazy and only concerned about yourself, and I think he said...he said he hopes you don't figure out the rest of your sins because you deserve to go to Hell. You seemed to get really upset over that part and argued back for a bit, but then you just sort of fell asleep and he was too weak to keep going." Once more, a certain awkward silence followed, with Sairen staring wide-eyed like she had a certain moment of realization. After a long, deep sigh, she assured quite simply, "Okay...Okay, I'll stay here today. I'll make this right, I promise."

"Nnnnogaaaah..." Tori groaned as he rolled over, away from looking at the wall and toward the rest of the room. It was the next morning, and it was taking all of the energy he had just to manage these small movements. Things didn't feel a whole lot better today...Immediately, he caught sight of Kane lying asleep himself, presently showing no signs of life. Soon after he noticed Sairen in the midst of pulling on her tunic, and mumbled out, "Morning..." "Oh, good morning. Not feeling any better?" Tori responded only with a weak shake of the head, which made Sairen frown and say in a consoling tone of voice, "I'm sorry to hear. Let's hope for tomorrow, eh?" "I-I think it might be worse today, since..." Tori dragged off, a small frown crossing his face. Sairen couldn't help but notice this and found herself both confused and concerned about it, prompting her to slither in a bit closer as she questioned, "What?" "It's just...we didn't really get a lot of rest. Especially Kane. Don't you remember what happened last night after you came in?" "I remember seeing him up when I first got back, and then I went to bed. There something about that worth remembering?" Tori couldn't help but look a little reluctant to move forward in explaining things, which was quite worrying; after a moment though, he began softly, "I guess you don't then. Well..." 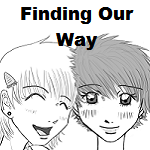 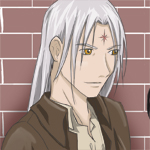 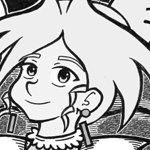 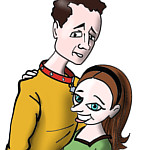 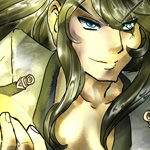 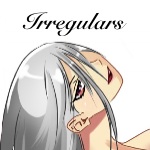 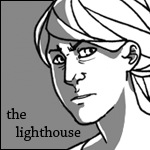 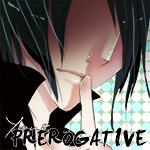 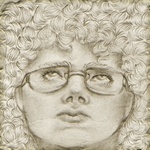 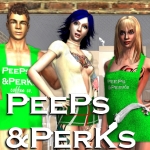