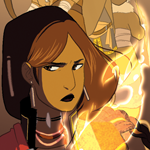 Ineffective mage Seynir and her friend Jethenis are given a task that leads them on a journey to find help for their village and solve the mystery of the threat that is looming on the horizon.


Most recent comments left on Aether: Earth and Sun

Chapter seven ends almost as soon as it began, and with it, my reread of Aether concludes.

There are a lot of abandoned comics on the internet. When I am asked for recommendations for webcomics to read, I am usually hesitant to suggest that someone start reading a narrative comic which stopped in the middle of a story arc. Aether is the lone exception. I believe the art, characters, and world hold up well enough to make this comic worth reading even without an ending to the story.

Had Gillian Renk finished the comic, I have little doubt she could have found a way to wrap the plot up in a satisfying manner. As it is, the comic is still a joy to read. If the author ever writes another comic series, I'll be happy to read it.

There are a handful of webcomics for which I have bought PDF compilations, so that I'll have offline copies if they ever come down. Aether is one comic where I would be happy to buy compilation ebooks if they existed, but given the fact that Renk has moved on, that seems unlikely.
bgb16999, 9th Aug 2020 On Page 81 On Page 81
Reply

I first caught up with Aether mid-way through chapter six. Sadly, it is the last complete chapter of the series. Merynna starts the chapter by confirming once and for all that she is an awful person, who nonetheless is an enjoyable character to read. She wants to be seen as the anti-Torginal: Merynna is pettily against anything Torginal is for, just for the sake of being against him. While Torginal enacts a secret long-term scheme, Merynna seems to have trouble thinking five minutes ahead. On the other hand, neither Torg nor Merynna care at all about the well-being of other people, so in one sense Seynir is a much better arch-rival for Torginal than Merynna could ever hope to be.

Merynna insists on being involved when Seyn convinces Jynad of Torg's villainy, despite the fact that Jynad already has some degree of trust for Seyn and also knows that Merynna is a terrible person. Merynna doesn't explain why she needs to be involved: I guess she just can't stand not being the center of attention in anything that involves opposing Torginal. And, she still hides some of what she knows from Seyn and the others until meeting Aneia and Jynad. Juda probably realizes within five minutes of meeting Jynad that signing up with Merynna was a mistake.

The reunion of Seyn and Jeth with the others from their village is heartwarming in an otherwise tense chapter. In her characteristic style Renk manages to convey all of the emotions in the scene without words.

The summit of the wizards, and the subsequent chaos, is everything I could want in the penultimate arc of the story. I think I'll refer back to the comment I made more than two years ago when the chapter ended.

Whelp, I made it back here. Back to the page that was current when I first caught up. I'm almost to the end of the saga for this reread. 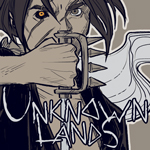 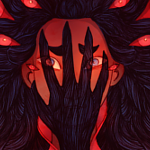 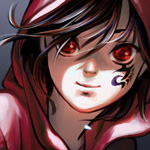 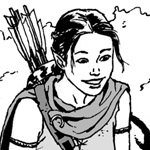 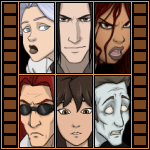 The Adventures of the Lady Skylark 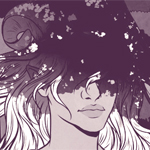 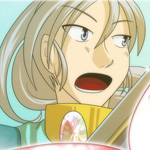 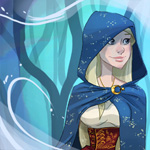 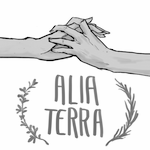 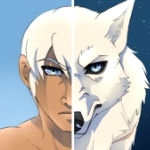 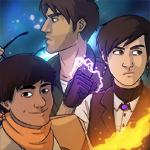 Serpents of the Old Nature