You are not logged in. Log in, Register
Webcomic profile: Agent A
Agent A
Yes, a serious Club Penguin webcomic. 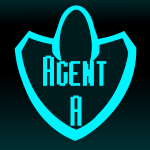 (This was originally on SmackJeeves as a secondary site to the main Tumblr, but SmackJeeves went kinda bad so now I'm bringing it here!)

Anna Steele, now graduating, solves the mystery of her missing teacher and think that's just the end of that. Little does she know that she has gained the interest of the PSA. Not to mention its hidden branch, the EPF. Anna, reluctantly yet excitedly, accepts the offer to become one of the EPF's finest agents.

Agent A is an OC-based story and a re-telling of various different PSA and EPF missions throughout Club Penguin history (starting with the EPF DS game) along with plenty of original stories. There is a fun cast of original characters, but it also includes the lovable cast of mascots and even characters from the underrated Club Penguin TV specials! The story is, however, a bit canon divergent in terms of time and events.

This comic contains crude language and some crude humor and discusses heavy/sensitive topics including mental illness (schizophrenia) and (parental) death. In a Club Penguin comic. Both are subjects that very much need to be treated with respect, and I am very much making sure I and the comic do so.

I'm Robin, but I usually go by Ruby online. I'm an 18-year-old aspiring comic artist and cartoon penguin enthusiast that loves anything and everything fandom and fiction!

My favorite fandoms are currently Pokemon, Homestuck and Club Penguin.

I hope you enjoy what I want to create!


Most recent comments left on Agent A

That's the end of chapter 1! I hope you enjoyed this fun mess! I still have the intermission to bring onto here, which will be really fun!
Left on Chapter 1 (Part 1) Page 40

Sorry for taking a while again, things have been busy. I'm really excited to bring the full comic over here!
Left on Chapter 1 (Part 1) Page 21

Oh man- I haven't really been on-the-ball with transferring the comic over here. (The main reason is that I was TRYING to provide transcripts for each page but that got really really tiring so...) Anyway, I'm getting the rest of this chapter on ASAP! Meet Bonnie and Patti! I love these two to death!
Left on Chapter 1 (Part 1) Page 11

This is something to address a few things about the comic before we get things started.

I would also like to say that I cannot stress how I cannot and will not claim to speak for those who I do not explicitly share experiences with. Obviously.
Left on Disclaimer