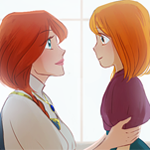 ANNOUNCEMENT 11/11/21: Almost Magical is currently in the process of being REBOOTED
on the webcomic hosting site, LINE Webtoon with early access to the latest updates available on my Patreon.

As of now, you will find my recent works and art updates on Instagram : @chocolatesmooothie.art

Almost Magical is basically a fanfiction spin off of the 2004 Italian Magical Girl series, “Winxclub” (created by Iginio Straffi and Rainbow S.r.l.) which is essentially about a young Earth girl named Bloom who soon discovers she is a fairy and the keeper of the mystical power called the"Dragon's Flame". With five other fairies: Stella, Flora, Musa, Tecna and Layla, they battle against evil and go on adventures around a universe called the Magical Dimension.

This webcomic is my baby and it’s a project I’ve been working on for the past seven years. The story revolves around six girls who mirror the six protagonists of the original series, and their lives as the so- called “Winx Next Generation". They are the children of the six fairy protagonists of Winxclub.

Note: This webcomic has become visible to Comicfury just recently. I think I've developed it enough to be shown to a larger audience outside the Winxclub fandom.
Fantasy Fan Fiction Magic Dragons Magical Girls Fairies

“ANNOUNCEMENT 11/11/21”
Hi! I'm sorry I didn't make the announcement here clear enough. But I will NOT be creating any more updates here on this website. As of now, all chapters in this platform are considered to be part of the old & discontinued/PILOT comic of Almost Magical.

(Note: you have to copy and paste the following links to your browser:)
Any new comic updates will be part of the recently REBOOTED version of AM which you can access through this link:

Early access to the latest updates of the REBOOTED version are available on my Patreon:


IMPORTANT NOTE: The latest public update on LINE Webtoon was in September 2021. A new comic update will be released this NOVEMBER 18, 2021. (Early Access to this update is currently available on Patreon in the Fairy Tier)

Author Note
PamelaFairy1, 5th Oct 2021 On Page 40 On Page 40
Kiko is ADORABLE!!! And Star, she looks so emotional, now, THAT'S what I call character development

PamelaFairy1, 5th Oct 2021 On Page 40 On Page 40
Kiko is ADORABLE!!! And Star, she looks so emotional, now, THAT'S what I call character development

PamelaFairy1, 29th Sep 2021 On Page 3 On Page 3
“Questions…”
Is it wrong that I think Selene is even more self conscious than Ran? 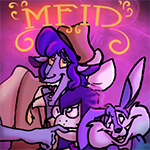 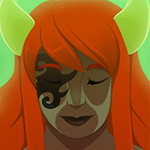 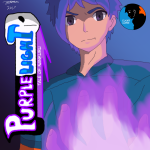 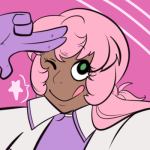