A webcomic
Last update: Yesterday, 4:00 AM 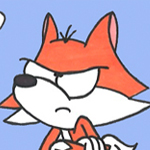 CrazyFox, 2 days ago On STUNT FOX!!! PT. 1 (BF# 617)
Here we are! A new day, a new week, a new month, a new story even! Everything is new, new, new! And what better way to kick off the summer than with Bubble Fox himself FINALLY starring in a storyline for a change? It's been a while since the Bubbled one was front and center, but he's making up for it big time! Exactly how he plans to make such a daring jump in a radish is beyond me, but if anyone can pull it off, it's Ol' Bubble Fox! Also, you may notice some really weird things going on in the comics this month -well, weirder than usual- and that's perfectly normal! The added sight gags and puns are all nods to some of my biggest influences and bonus points will go out to those that can spot the references! So sit back, have fun and we'll see y'all on Thursday!

Author Note
Vas (Guest), 6 days ago On BATH TIME FOR PEPPER!!! (BF #616)
Reply
Pepper looks so shiny!
CrazyFox, One week ago On BATH TIME FOR PEPPER!!! (BF #616)
Hey hey! It's Bubble and Pepper! We haven't seen either of them in a long time, especially Pepper! Dragons are tough to clean. With their large size and many interlocking scales, conventional tubs and showers just don't suffice. Luckily, the Magic Wash is open to help them, and many other mythical creatures, get a proper cleaning! Bubble was wise to pay extra for the waxing. Belly scales are especially susceptible to dirt and grime.

And that's all she wrote for May 2020! I don't know what June holds for the outside world, but I'll do my darnedest to deliver some big laughs on the comic front, so be sure to come back next week and see what's in store!

Author Note
CrazyFox, 9 days ago On BATH TIME FOR LILLY!!! (BF #615)
Hey hey! It's Lilly The Holiday Lizard! She's always so busy spreading the wonder and joy of the various holidays throughout the year that even she needs a day or two to unwind every now and then. 'Course, I don't think she's gonna have too much company in that pond now that the source of the bubbles has been determined. Better run Cardigan! That water's combustible!

Well, down to the last comic in May. Who's gonna be all washed up? Come back Thursday and see!

Author Note
CrazyFox, Two weeks ago On BATH TIME FOR CHARLIE!!! (BF #614)
Sooooooo many bunnies! Charlie comes from a big family, so bath day is more like bath week for he and his siblings. That clothes line certainly comes in handy as Mrs. Lopear was going through too many towels and almost had the whole brood float away after the fluff-dry experiment went awry! And yes, to those of you astute enough, I've changed the look of Charlie's mom. She just didn't look right in her initial appearance. When the time comes for Book 6, I'll retcon that comic into that rabbit being Charlie's grandma.

We're entering the home stretch! Who's getting squeaky clean next? Find out on Tuesday! 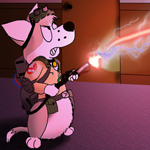 Woods For The Trees 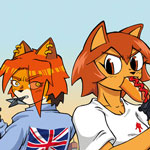 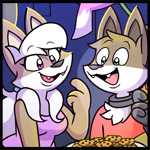 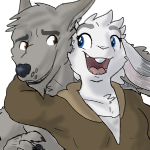 Word is the Bird 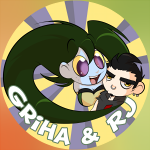