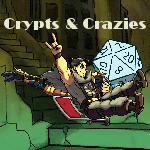 Steeve the Fox
I never know what to say for these kinds of things; you can probably guess that I make comics and such.
I also make and edit sprites, most of which appeared in Steeve n' Friends.
And, I do a bit of writing on the side.

Update! With everything going on, I didn't even have an April Fools page ready. At this point, I'm just going to build up another buffer and resume Tuesday updates when this all blows over.
Steeve the Fox, 24th Feb 2020 On Sorry! (Hiatus Anouncement)

So, yeah... I've been caught up in both some life stuff, and just poor time management. Don't worry though; this comic's not going anywhere, just gonna' take a formal break and then resume with a "when the next page is done" type update schedule. Things might pick up again later, but for now, I need to prioritize me.

I'll move this page over to the extras section for archiving when the next page drops, so don't be too confused to find this page number having different content later on, yeah? 'Til then, thanks for reading Crypts & Crazies so far!

While the party is split, some games can turn into bouncing between players and moving their plots along as best you can without boring the other players. Some GM's go out of their way to try and heard the party back together whenever they try branching away from each other.

This is pretty easy to manage with a small group, as you can spend 10-15 minutes on each member of a four person crew without much downtime between players. It gets harder when you've got upwards of six players to manage, which is why I tend to prefer smaller tables, personally.

So, as it turns out, writing up relevant tabletop gaming anecdotes for every page gets a bit hard after 50-ish pages. On that note, these little blurbs might become less common going forward, unless I've got something to really comment on.

Sometimes, you can hit a certain type of rhythm while speaking in character; the type that leads to a whole conversation where some roleplayers like to stretch their acting muscles. These moments can be taken advantage of to give players world building, add a bit of levity to a dark setting, or between two players, flesh out motivations and personality. They tend to be my favorite moments, both as a player and a GM. 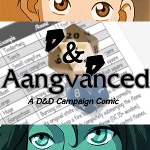 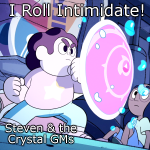 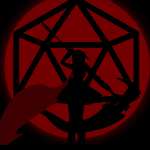 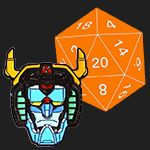 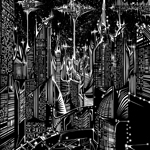 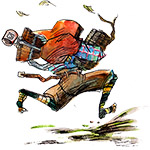 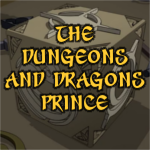 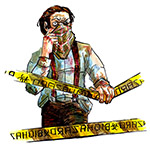 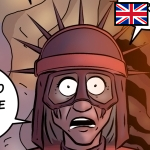 Bound in Ink, Born of Stars