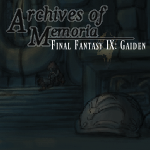 FFIX Gaiden is a fancomic for the titular jrpg, taking place before, during and after the events of the game as it follows the life of the side-character Alleyway Jack. Adventure, mystery, tragedy and new memories await in this alternate take on the world of Gaia!

Bandkanon
Not self propelled artillery.

Oh, it's a game. :P Well, tbh, I knew that, I remember having seen 3D-rendered images of girls playing tennis in small bikinis but that's pretty much all I know about it. So I guess this comic is not for me, then? Well I gladly stick to the other one :D
MK_Wizard, 23rd Sep 2019 On Ch 3 - P 20
Reply

Been a while, I know. I had a really heavy mood drop a month or so back and had to put this on hiatus (which I made sure to announce on my tumblr, mastodon and twitter accounts). At the moment I think I'm still in that same emotional rut, but at the very least my head and hands aren't hurting quite as much as they were.

I'm going to try to finish this chapter before deciding if I should even keep going. Fatigue and long-lasting hand injuries aside, there's a lot going through my head right now that makes it difficult to work on FFIXGaiden... But hey, at least I'm happy with how that statue came out.

Let's pray that I can complete the next page by next Monday.

[EDIT:]
Things didn't work out and this comic is on an indefinite hiatus. Sorry to everyone that was interested. I don't know when I'll be coming back. (probably never knowing me lmfao)

In the meantime I'll be working on something else, with what will hopefully be a much simpler method..

that "oh okay" was not there originally but i felt it necessary.

I hope it's easy to tell when Sidori's the one talking... I'm still not sure if I'm doing well enough with off-panel text bubbles n such

tbh, just out of the need to nerd out, I'll take this chance to divulge that I've based Suman architecture off multiple things. I derive it as much as possible from ancient architecture shown in a few locations on the Mist Continent which has no claim canonically. What is available for derivation already seems to reference things that I've incorporated into the architecture as well:

- Sumerian, primarily adopting cuneiform
- Mayan, especially with the scary looking faces carved out of stone on pillars and walls
- Indian, mostly based from Buddhist and Hindu concepts such as a variation off depictions of Apsaras and holy figures, also the complex megalithic structures carved out of entire mountains
- Irish-Gaelic, specifically the use of knots and Ogham which I've combined with cuneiform.

There are a whole bunch of other factors going into Suma's culture, but I won't talk about it here because the subject is architecture xD
But putting it simply, while Suman culture is primarily referring to Mesopotamian elements, it's more like both a blend of and deviation from real world ancient cultures.

So who knows, maybe it'll resonate with a whole bunch of people with different backgrounds xD (that would be nice) or maybe it won't. I know I injected some Gaelic because of some phenomena I noticed in FFIX and also because I just wanted to be able to relate. 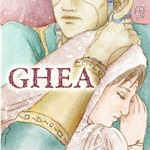 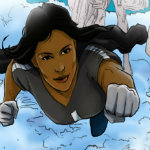 Stringy and Mopy: The Adventure Begins 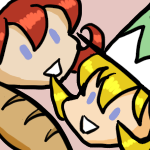