PMD: Hanging in the Balance

A tale that spans time and darkness...
Last update: Two weeks ago, 6:32 PM 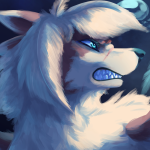 Updates on Mondays. The archive is now fully recovered!
The Pokemon known as Zuctuveil typically live in the cold mountains in packs. So you can imagine the surprise of the young, timid, Pikachu Haruki, finding a lone Zuctuveil laying on the beach one evening after a serious thunderstorm. Her name is Miku, and as it turns out she's not a made-up "Zuctuveil" at all! As she aggressively corrects him, it turns out the teenaged Miku is, in truth, a human. At least that's what she thinks, but it's hard to say, seeing as she suffers from retrograde amnesia. After a slightly rocky start, the two heroes decide to join forces as the Exploration Team Resplendent, fulfilling Haruki's life-long dream. Meanwhile, Miku struggles to discover her place in the world and attempts to learn whatever she can about her elusive past. That is, of course, unless her past learns of her first...

CHAPTER 5: Plotting Shadows
Aspiring thieves Avis and Fionn, with the help of a "professional" older brother, are starting their biggest heist yet! Only problem is, they have to gain the Wigglytuff guild's trust first, and pesky Team Resplendent is making a huge fuss about it. A bit of meddling should put them in their place, no problem.
Fantasy Fan Fiction Pokémon Pokémon Mystery Dungeon Amnesia

VelvetRainbow
I'm cool with being called Velvet, but my actual name is ZEN (they're the initials of my actual name, anyhow). It really doesn't matter what you call me, haha!

I'm a huge sucker for Pokemon Mystery Dungeon, much to the surprise of no one. I make neat art! IF you're interested in more than just my comic work I suggest you check out one of these accounts:
https://www.deviantart.com/velvet-rainbow
https://www.instagram.com/velvet__rainbow/


Most recent comments left on PMD: Hanging in the Balance

This is actually a super neat take on this scene. I like how this plays out much better than in the games haha 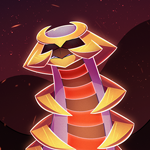 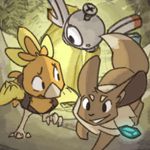 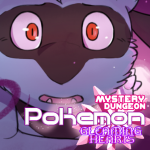 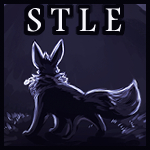 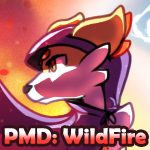 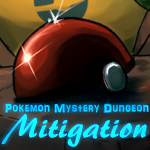 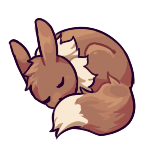 Yet Another PMD Comic 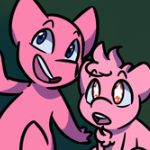 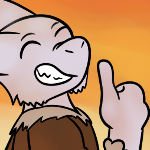 Pokemon: The Essence of Being

PMD: Guardians of the Universe 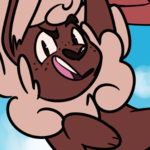