Webcomic profile: Monster in the Kingdom

Monster in the Kingdom 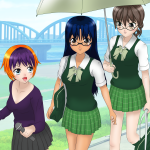 Kamisaki Kaori is a perfect student, the top of her class, popular and pretty. But she has a secret that's threatening to bring it all crashing down - she's in love with two of her friends. Is the Queen of the school really a Monster?


Most recent comments left on Monster in the Kingdom

misumi, 7th Jul 2017 On A Small Note
“お久しぶり！”
So, it took much longer than I expected to re-do Chapter 0. I took a short break after finishing to relax and sit around, then spent some time in Japan. I rented a small house in Kyoto with some friends. It was a lot of fun!

After I got back I rewrote and outlined the chapter, but without a deadline I was too lazy to draw regularly! Please forgive me! (m;_ _)m I did a page here and a page there, but still had about 10 to go when about halfway through June I decided I needed to make it happen.

So I finally buckled down and finished up Chapter 0. I've also occasionally been refreshing the pages of earlier chapters to clean up the worst mistakes and to switch the greyscale to tones, because I'm hoping to do a small print run! I'm excited about it.

I admit though, it's strange to look back (especially at the earlier chapters) and see all the mistakes I made, how many ways I see to make the writing and the characters better, and I want to start over again! But people tell me I should stop messing with it and do something new, let the mistakes lie as a reminder of improvement. Maybe!

So despite the fact that I said I wouldn't do this again, I'm thinking of doing a new project to see if I can do a better job with a new story. It's hard to decide! ((TдT))

Anyway, as always I love you all for making the journey with me! I hope you have had as much fun as I have!

Okay. So this is the last page, sort of.

After taking some time to think about it, I have made a couple of decisions. First, I think I'm going to go back and completely rewrite and redraw Chapter 0. It was the most experimental part of this experiment, and it's terrible in indescribable ways. When I'm finished, I'll replace the current Chapter 0. I'll be sure to make a new post so it pings your RSS feeds and such!

After that, I plan to retouch Chapters 1-8. Not rewrite or redraw, just touch up the lineart where it's roughest and recolor the grey shades to proper screentones.

After that... I have a few ideas for one or two more side chapters about Chika-chan's story, or a few other ideas. I haven't decided.

So, Monster in the Kingdom is done. Sort of. Mostly. The main story is definitely at an end. Unless I decide it's not. It's tough to let go! (/T_T\)

Author Note
misumi, 15th Sep 2016 On Chapter 15, Final Page
“おつかれさまでした！”
Almost three years later, our journey comes to an end (for the most part). I'm surprisingly emotional about it! (T///T)

Also, if you didn't notice, I added a character poll after the previous update. Please vote and let me know who your favorite is! 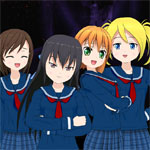 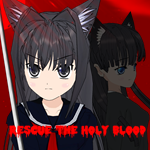 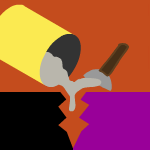 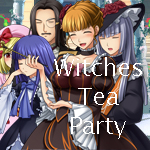 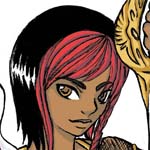 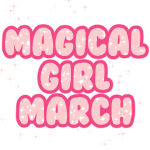 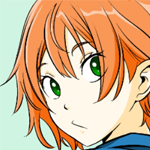 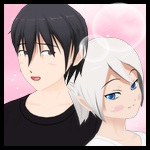 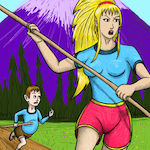 Mother of All Monsters 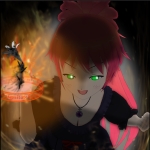