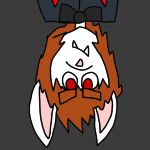 Remember Neopets? Yeah, can't recommend it these days. That said, it's a guilty pleasure of mine.

Basically, it's slice of life anthro comics about a korbat living his life with various other Neopians.

Jeremy7
Hello! I'm Jeremy 7, author and illustrator for LECTRO! and Pine Hill Creature Feature. My interests include drawing, video games, and monsters. And webcomics, probably because when I was growing up I couldn't find a comic store around my area.


Most recent comments left on Neonbat

Brightvale is nice! I've decided that one of my Neopets came from Brightvale for roleplay purposes.
Taily, 16th Jun 2021 On The Best Place in the World!
Reply

Ok the 3D Shenkuu surfing game was LITERALLY the only reason I logged on to Neopets for a while, that was lit
The jelly-eating Chomby game in Jelly World was extremely good as well

Also I feel like I'm the only person in the world whose favorite aesthetic was Brightvale's but I'm a simp for Renaissance stuff!

I also had a crush on that little nerd Lupe boy in the Neovia plot, Reginald or whatever his name was, I experienced such pathos for this paper-thin concept of a character lmfao
Jeremy7, 16th Jun 2021 On The Best Place in the World!

There are a handful of lands in Neopia, each themed after something:
-Altador is Greco-Roman. Lovely place but until you figure out the star puzzle the government is frozen in stone.
-Brightvale is Renaissance/Enlightenment. It's great but kinda boring.
-Faerieland USED TO BE a fluffy cloud kingdom, but SOMEONE crashed it to the ground and now it's kinda broken but still beautiful. Still, it has a heavy theming as the homeland of the Faeries.
-Kiko Lake is Kiko-themed and inspired by lakes. It sucks as a land because it's just a furniture shop and a food restaurant.
-Krawk Island is the Pirate Haven, with Krawks being like crocodiles - they're both pets and petpets, too. Perfect for daring pets, but hygiene is scarce.
-Kreludor is the moon. It's an alien colony for Grundos, little alien folks who can be adopted.
-Lutari Island was a ploy to sell Neopets on flipphones, and once that ploy folded it became a foggy island of nothing. My headcanon is that there's a General Zaroff character killing people who crash onto the island, because there's nothing there.
-Maraqua is Atlantis! Literally. Sunken city full of fishfolk. Little hard to breathe if you're not a local.
-Meridell is the Medieval land, sister city to Brightvale (their kings are brothers). In theory it'd be cool but the king is a proto King Zog, they pissed off the Darigan Citadel, and the big draws include agriculture, a berry patch filled with dung, and a landfill.
-Moltara is new, so you can't make a classic Neohome there, but damn if it isn't cool. It's a Steampunk city under Neopia's crust, with a cavernous section of magma and magma pets.
-Mystery Island is the tropical paradise of Neopia, with such separations from real-world culture as a lost South American city, ninja training, and maraquan petpets. But why would a bat live in a place where the sun is always shining?
-Neopia Central is the vanilla lands. A bustling marketplace, greenery around, and such faces as the Shop Wizard and Soup Faerie - but it's boring.
-Roo Island is... Las Vegas, basically, mixed with Coney Island. Very Jester-y. Has a notorious vampire.
-Shenkuu is pretty cool, it's an Asian-inspired mountain city with flying airships (the crew of one was what introduced Neopia to Shenkuu), interesting wares, and a healthy in-story academia. Years ago, there was a 3D game where you surfed down Shenkuu's rivers and it was badass.
-Terror Mountain is three lands. Happy Valley is a Christmas village, The Ice Caves is a frozen land of fear, and the Peak is a blizzard-blasted village.
-The Lost Desert is the Egyptian area, found by a gambler chasing a coin he lost to an agent of Mad Science Satan. It's... it's Fantasy Egypt.
-Tyrannia is a prehistoric land of cavepets and dinosaurs. Don't let the concept fool you, though, with it's giant omelet, and daily rock concerts, it's a cultural highlight of Neopia. Heck, one flash game even had CARS in a demolition derby.
-Virtupets Space Station is the sci-fi land of Neopia, made by said Mad Science Satan but repurposed into a land of scientific brilliance. The warehouse sells gear, the recreation deck held games (and also is home to the Grundo's Cafe, which serves interesting foodstuffs), and the Hangar had games based on SPACE.
-Darigan Citadel is like the 2000's Hot Topic Haven. Everything is spiky and dark and scary.
-Jelly World is a land where everything is made out of bouncy wobbly Jelly and according to TNT it does not exist.

Now, as for why I chose the Haunted Woods as the new location:
-Well... it's the Halloween World. It's a fitting home for a Korbat.
-It's got vampires and zombies and werewolves and shit we haven't even seen, like The Brain Tree (a leafless tree with a huge pulsating brain between its branches) and the Esophagor (a mound of hungry dirt), and witches.
-There's a carnival! Sure the games are rigged (and Flash), sure it's stalked by sinister monsters and Mad Science Satan's robotic Chia clowns, sure it's overlooked by the castle of one of Neopia's premiere villains, and sure the food is shit, BUT CARNIVAL!
-Past the Wanderer Camp (it had another name until recently) is Neovia, which is basically foggy ol' London. It's actually a decent place! One exception was the time it became a ghost town because a snake-oil salesman sold everyone horrible mutagenic potions. But it's back and most everyone is normal and the corrupt mayor was turned into bug so it's actually a nice place to get crumpets and antiquated fashion
-It's the town SPOOKY was set in

I do not have high hopes, especially with the projected demographic