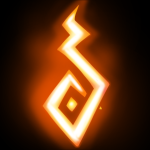 Other Side 2 - Coven, is, essentially, a sequel that takes on a different perspective of the dark and whimsical world of the Othersiders. Today, around Samhain two years since the events of the first comic, we join Willow, an AFAB bat who is struggling to find her place in the world alongside her identity.
Upon a chance encounter with a familiar, but now magical feline, Willow finds herself pulled into the chaos of Skipton Tower and it's guests.

Just as before, there will be various dark and heavy themes of exploration and experimentation, but this girl has a hunger for something else than self destruction, a desperation for power and belonging.

UNLIKE before, Coven is much more sapphic in content, though once again though a lot of the content is f/f, there is a lot of genderqueerness and other gendered presentations and scenes~

There's still going to be themes of dubious/non consent, drugs and self destructive tendencies, alongside power abuse and corruption. And in case the name didnt give it away, themes of the occult and dark magic
Drama Furry/Anthro Supernatural Magic Drugs WLW Dark Magic


Most recent comments left on Other Side 2 - Coven

Some things never change~
But others...

Well that made me laugh out loud. XD