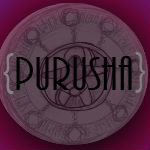 Elisabet has found herself in a bit of a situation. For one, her mission seems to have been compromised, and there seems to be a spell circle of a sort on her cell floor.

But that's not going to stop her from taking down Crester at all. He better watch out.
---
This used to be a CYOA until it died and I decided to take things into my own hands. I still do take some suggestions though.

Fount
I don't think I'm that anything interesting? Other than the fact that xianyu118 just invited me to be author of quite a few comics and I accepted. :-P


Most recent comments left on {Purusha}

Yeah, I know, I said it last page, but I'm officiating this hiatus. Apologies if you waited for the next page for so long only for this to go up.

Catch me at Pros Edra!

Tom's quite clueless about these things, but he can be quite the help at times. just not now
MadJak91, 12th Feb 2017 On Another note?
Reply

"I agree!"
lmao, Tom is the best help ever. So far he is mostly answering obvious questions and not much else... :D

Hm. Starting to sound like a ritual of sorts is needed in which case it would be a problem as I am not sure WHO or WHAT to sacrifice. What is the company even doing... Secret occult?
But then a sacrifice does not have to mean something physical so maybe Liz just needs to read between the lines.
trad118, 12th Feb 2017 On Another note?

Hey. I'm back. And I'm officially putting this comic on hiatus.

Now, I manage six comics, and that's actually affecting my output, and several stories haven't got past the prologue stage. This is not very healthy, and as such, I'm putting five comics on hiatus, save for Pros Edra.

I apologize for those who are looking forward to the next page of Purusha, or any other comic, but I've thought about this, and this is the best course of action I should take.

See you. In Pros Edra, if you wish!

Because in cryptography everyone is an enemy and it would not work without paranoia. I have even seen academic texts saying paranoia is one of the base factors of the field!
You have no idea WHO is going to get your message but hopefully your target. Still, cannot neglect the chance of someone else so you pretty much have to make it tough for your target as well...

However, using symbols is a pain. It is not something algorithms can break easily so yeah. Like with the Zodiac Killer (link). The first paragraph is enough to get the picture and we are talking modern cryptography methods...

My girl has it tough then but she is hella smart if she knows all that stuff!

Right. No idea either but probably became more successful than his unnoticed work on stardust fiber cables :D

I owed you one of these comments :>