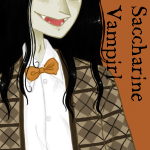 Saccharine Vampirl is a soap opera about vampires who pretend they're not.

Alright, it's also about witches, talking dolls, little girls that talk to animals, demons, Death's sister, dead people that don't stay dead, and much weirdness hiding under the guise of normal life.

-
4/7/18 - 5 years later, I'm finally changing the status of this comic to on hiatus. I wanted to come back to it for a long (!) time but I've realized I don't have it in me to make comics anymore. I love this story, so I hope I can return to it one day.

It's been two years...sorry guys, I didn't think drawing all these vegetables would take so long.

Seriously though, I stopped updating because I needed time to just adjust to life. I never considered sv on hiatus, because I always intended to start drawing again when I could.

I've been working. Back in 2012 I got my first job. SV continued to update at an extremely slow pace until 2014, when I reached the end of episode 4 and couldn't convince myself to pick up a pen again. I both needed to stop and adjust to life, and I quit drawing for a year because it stopped being enjoyable. Comics and drawing are hobbies for me. If I can't get enjoyment out of them, there's nothing riding on them and there's no reason to force myself.

This year for my birthday I got myself a surface pro 4 with the intention of using it for comics. The first 64 pages of sv are drawn in MyPaint, but there was nothing I could do to get it to work on the pro. A friend convinced me to try photoshop again, and it finally worked for me. So that's what I'm drawing this comic with now. I'm using a custom made brush :D

Before, this, I worked on a 5 page comic to warm up. If you would like to read it, it starts here.

I've been employed and on my own for 4 years and I feel that I'm finally starting to get the hang of life. It's time to start sv again. My goal is to update once a month, on either the last Thursday of the month, or the last day of the month, we'll see. (That's another thing - for the sake of this comic, I decided to try knitting. And it took over my life. Last Thursday of the month is knitting group and I get home late.) SV is meant to be read in chunks. Updating once a month will allow me to eventually post decent amounts in one go, and also stress out less about updating. And if anyone's ever unhappy about it, I can always be like, at least it's not every two years :D

This time there is unfortunately only one page, but next update should be on August 31st. See you then! (1/9/17)Obviously this didn't happen, but there will be more pages eventually.....

Heya. I'm been an admirer of this comic
for a long time now, but I always feel that my comments are too full of blind praise so I never post them. (I need to work on that.) But I'd like to say that I really enjoy it. I like the characters a lot, their personalities really contrast and your sense of humor is nice. I'm waiting eagerly for whenever the next update may be!


As for what day you should update on regularly, my suggestion is that you pick a day that gives you enough time to make the next page and not be pressed for time. For example, if you usually make a page on a Monday, if you posted it on Thursday then you would still have plenty of time to make the next one, even if you made it on Tuesday the next week instead of Monday. The important thing is that you have days in between where you can relax, so you don't feel like if you slack off or something else comes up that day that you're running out of time.
Deliteful, 17th May 2014 On 4.21

The last page of episode 4! Finally! Now I'm going to continue writing the script for episode 5 (I started last week; I went to a park to work on it and it was rly fun <3). Starting next episode I'm going to begin experimenting with page length and maybe drawing/shading techniques. (I was also going to change to drawing the panels in mypaint, but paint.net was acting weird when I started these two pages so I started early.)

I also want to maybe try and figure out an update schedule. Originally I was drawing this when I didn't have internet access and an update was when I got to go to the library and upload all the pages I'd drawn since I'd last gone to the library. Now I have internet access all the time, which means I could update whenever I want, which is obviously very poor motivation. I don't want to say "I'll post a page on this day and this day" because I WILL miss those goals and get discouraged, but maybe I will only post pages one day a week (and if I haven't finished anything that week, wait until that day the next week). Any thoughts on what day it should be?

whoo page 4.20 blaze it *rolls up a webcomic page and smokes it*
I think my boss reads this comic, I shouldn't make jokes about drugs should I. Tbh I don't know where to buy drugs,,,,,
If I'd worked harder I could've put this page up on Easter this year (which fell on 4/20)...this opportunity will never come again and I squandered it. I am sorry 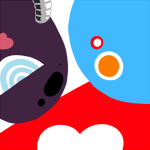 Tales From My Butt 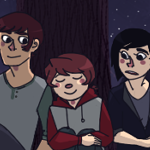 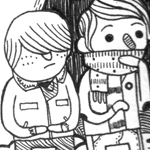 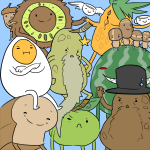 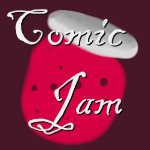 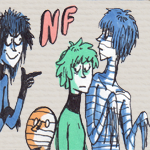 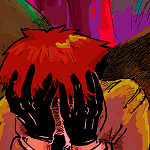 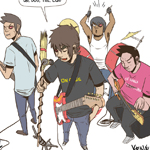 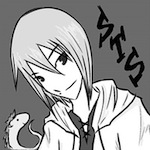 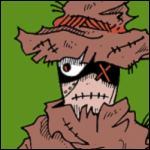