Ask anyone: Adventuring has never been for the faint of heart, but for the pure. The practice of those golden souls who go where no other mortal dares- Facing down the most scheming of evils, the mightiest of foes and forces, to delve into the depths of what is so forgotten, and therefore so dangerous, that not even the evidence of its creators survives, even in the most obscure of archives. Adventurers are gentle and dependable, and if there was no other you could count on, you could turn to an adventurer.
Yet reality flavors this truth a little differently, a few centuries after it's establishment. There are guilds to be sure, and dungeons, heroes, villains, monsters and certainly sword and sorcery, but there are also regulations, standard business practices, guild offices, invoices, documentation, taxes, law practice in civil and criminal court, and ultimately technology and magic are so on equal ground that no adventurer is any more or less “super” than any other given individual. But at least the pure hearts still matter after all this time.

Buttercup and her friends haven't really got a clue about adventuring. Their path in life has thus far led them to their semi-weekly task of beating up dangerous monsters for cash on a tiny colony (well, really two, but the second is even smaller) on a distant moon with only a half name. Calling them adventurers is a technical truth they would have freely admitted, and with such a tiny economy, supporting this vocation long-term really only is a pipe-dream.
And as things go, pipes sometimes burst.

It should have been a sign of the beginning of the end, receiving a “shiny donut” in payment instead of far easily fungible cash, but hope has a way of rocking your little world, and maybe with lots of luck and a little pluck, Butter's team can reach the stars and know, for all it's complexities, what it truly means to be an Adventurer.


Most recent comments left on VHV

CRISPR is a real thing! It refers to a family of DNA sequences naturally found in the genomes of prokaryotic organisms like bacteria, originally meant as a defensive measure against bacteriophages and other attackers.
Current theory is that it can be used to assist in gene editing and have some effects against congenital disease for those who are a bit more grown up. The science on this is very new and hasn't had any major application to my knowledge, but by mentioning CRISPR, it is implied that this little fennec boy has a genetic disorder and is waiting for a cure. Such information will surely be more obvious in later parts of VHV, but for now it's enough to know he's got something chronic.
Given that VHV is not a very hard science type of sci-fi fantasy story, I won't be going into any more specific details about it because I am neither confident enough to do so, nor do I believe there is a need.
Otherwise, this is another page of Mia being Mia and making friends with everyone. We all like that. ^^ 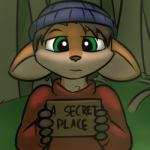 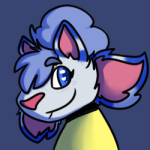 The Inexplicable Adventures of Bob! 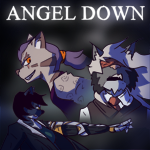 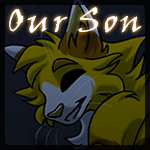 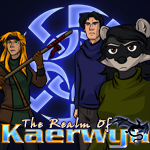 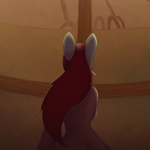