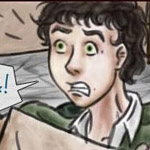 In 1942 Nazi-Occupied Athens, Fotis and his gang of fellow war-stricken friends risk their lives to earn their daily meal,hoping to scrape by until the war ends, if it ends.

But when a British agent vital to the success of a mysterious plan by the newly formed Greek Resistance against the Nazis goes missing, the children's routine is forever disrupted.

Suddenly, Fotis and his friends will have to tell friend from foe and traitor from patriot in time, or the Greek Resistance will be crushed before it even makes its stance.

Tantz Aerine
I'm a fantasy author and an education professional (a psychopedagogue) for a living, drawing comics on the side as a hobby and a test for future yarns.

If you want to get to know me in my more... mainstream (and by far strongest) art, which is writing, please check out the 'Art of Veiling' site: http://www.theartofveiling.gr , which is the official site for my fantasy books... and if they catch your eye, buy one and make me a very happy woman!


Most recent comments left on Without Moonlight

une rolls in, and I hope it brings better things for us all.

Things are heating up as the people’s court is about to adjourn. Ace Kinkaid from the wondrous Ozoneocean’s Pinky TA and Mike also appear in this page as well!

Next update will be on Monday, June 15! But my patrons can see it right now along with many other extras and perks!

I'm so glad to see that you're thinking about all these things. I would say that, as in all things comprised by people, the court's integrity is as good as the sum of its parts. However in this case, indeed the evidence was quite compelling.

As things devolved among the Resistance due to party politics, around 1944-45 though, suspicion or false accusation started being all it took, or at least there are accounts of such occurrence.

On the other hand the peak of Nazi brutality also correlates, as the biggest war crimes with hideous, sadistic executions of pregnant women and infants in front of their husbands/fathers, complete sacking of villages, and other such grotesque things happened around 1944 and 45. So it could be that injustices could be achieved also because the pain also peaked. There's no real easy answer on that front.
Candralar, 13 days ago On Chapter 6, page 24
Reply

This dialogue balloon got me thinking - after everything the Nazis have done to Greece, how possible would it be for anyone accused of being a Nazi informant to get a fair trial in this time period?

Kalambouras may be guilty and deserve whatever punishment he gets, and I would think before the Generals determine one of their own is to be hanged, they would have some pretty compelling evidence that the man is guilty, but everyone has pretty much already determined he is guilty. Is this because there is evidence to prove this or is everyone so rightly outraged over what is happening to Greece because of the Nazis that anyone who even has suspicions raised about them would be assumed guilty?

I'm curious to see how this trial plays out.
Tantz Aerine, Two weeks ago On Chapter 6, page 24

The Generals are arriving, so process can begin!

And among the crowds are cameos from my lovely, awesome patrons! Enjoy Ozoneocean’s Cc, from his awesome comic Pinky TA, as an ELAS partisan! Can you pick her out? And also Mike as an EDES officer.

While we’re on the subject of likenesses, the face I chose for Kalambouras (the guy on trial) is from my imagination, as it’s impossible to be sure I have the correct person from searches- there are several different Kalambourases, and some were commemorated as proper partisans as well as respectable people. I don’t want to misrepresent anyone.

That said, other people among the crowds will have likenesses that existed, as they were really there, and I can securely find out how they looked.

Next update will be on Monday, June 1st! But if you are my patron you can see it right now for as little as a dollar!

Well there's no value to a people's court without amazing vistas. 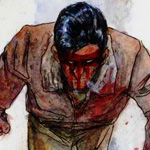 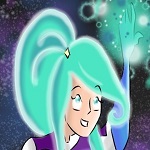 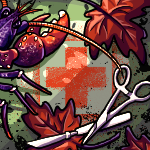 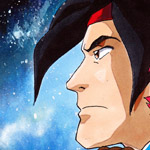 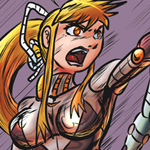 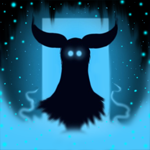