Random has lived on his own ever since cast away at the age of 7 on false accusations. With an inferiority complex and issues with betrayal, not to mention discrimination because of him being a half-breed,Random spends the next 5 years of his life alone. Witnessing a car throw a young dog out of the door and into a nearby river, the wolfskie takes pity on him and takes the doge under his wing. After another year as strays, they find Lightning, a waitress at a Doggies who offers to take them in so they won't go to the pound.

Not very trusting, Random stays closed off as he deals with his "dark voice" alone until certain events lead him to begin trusting his purebred caretaker.

Selene is a purebred, black British Colombian wolf with the nickname Lightning. On her own from a very young age, Lightning was taken in by a young girl named Emily. That is, until her and her family move away and leave Lightning to fend for herself once again. Insecure with abandonment issues, Lightning moves around until she's 19 and finds two young pups digging through the garbage outside of the Doggies she works at.

Trying to take care of a closed off Random and a young, innocent Rocky, Lightning struggles with her "dark voice".

Add the ZIA: a group of animals intent on eliminating the humans, old friends, new relationships...it's a lot, right? 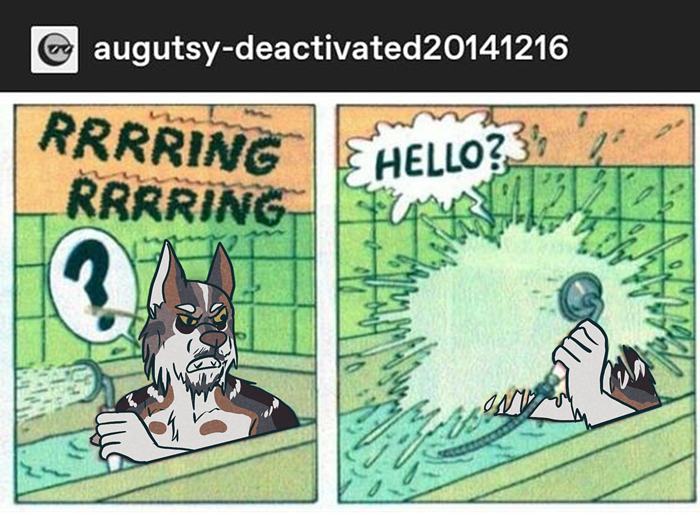 Randomthewolfskie, 4 days ago On Ch.10 page 6

Coke: "Poggers"
Everyone else: "What the fuck are you trying to say?"

Aaa sorry for not saying anything before I went on break.... I'm back now tho lmao