yah, it's just to keep track of the guest comics i make, or is it? i am not sure myself...
updates once in a blue moon

may update as often as once a week, to as seldom as when ever an author feels like it.

Number of confirmed residents of the Here Building; 5

This comic is for the most part in an indefinent hiatus.
Comedy

Kallum Martin
I like sprites. I like comics. Wonder where the inspiration comes from? Read on ;D

T/S Productions
Born in the early 90s and still spend half my time there. Stopped aging about 7 years ago. Studied filmmaking but haven't made anything in a couple of years and have kinda shut myself away in the dark unpopular corner of youtube gamers.
(TSGames1181)
Was on here a lot a while back but fell into the dark void that pokemon spriters do. But now I'm back!

Steve the Mew hunter
There are three sides of me, as shown in my comic, You Guest It;

Kevin; the side that is most like the real me, who doesn't take idiocy all that well, and is often the most serious.

Steve; the side that i hide behind on the interwebs, who is, for the most part, a total nut bar.

Kenth and Kevin get in arguments of who is better, and Steve lurks the interwebs, and sold the his soul and Kevin's soul to wikimedia, google, and tvtropes, Kenth and Kevin share half a brain (Steve's), and when you get all three in the same room at the same time, you can never guess what will happen, no matter what you guess. Even I get confused about this stuff sometimes, but you get used to it... eventually. Well, that describes me quite well, actually... cool.

I wish I was still naive enough to be proud of that stuff, but at least I'm proud of who I am. And who I was is still a part of me, and making me better every day.

Rapter
I am a college student and a fan of cartoons, anime, manga, card games, and video games.
I plan to work as an animator and create cartoons for future children.
My favorite shows are: Animaniacs; Avatar, The Last Airbender; Chip and Dale, Rescue Rangers; Phineas and Ferb; and Samurai Jack.


Most recent comments left on You Guest It

Well well, who knows indeed?
Steve the Mew hunter, 29th May 2016 On Hiatus On Hiatus
Reply

hang on why put it on hiatus whats the big deal 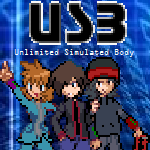 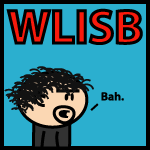 The Weekly Life in Simon's Basement

An American Nerd in Animated Tokyo 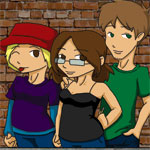 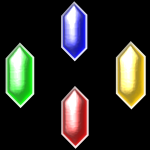 A Not So Final Fantasy