Posts: 1266
Registration date: 11th Jun 2014
JitterbugJive:Added you! Will try to draw it this week!

You are too kind, thank you! Believe me I'd much rather be drawing than what I've been dealing with lately haha. But as promised here is your half of the art trade! I hope ya' like it! 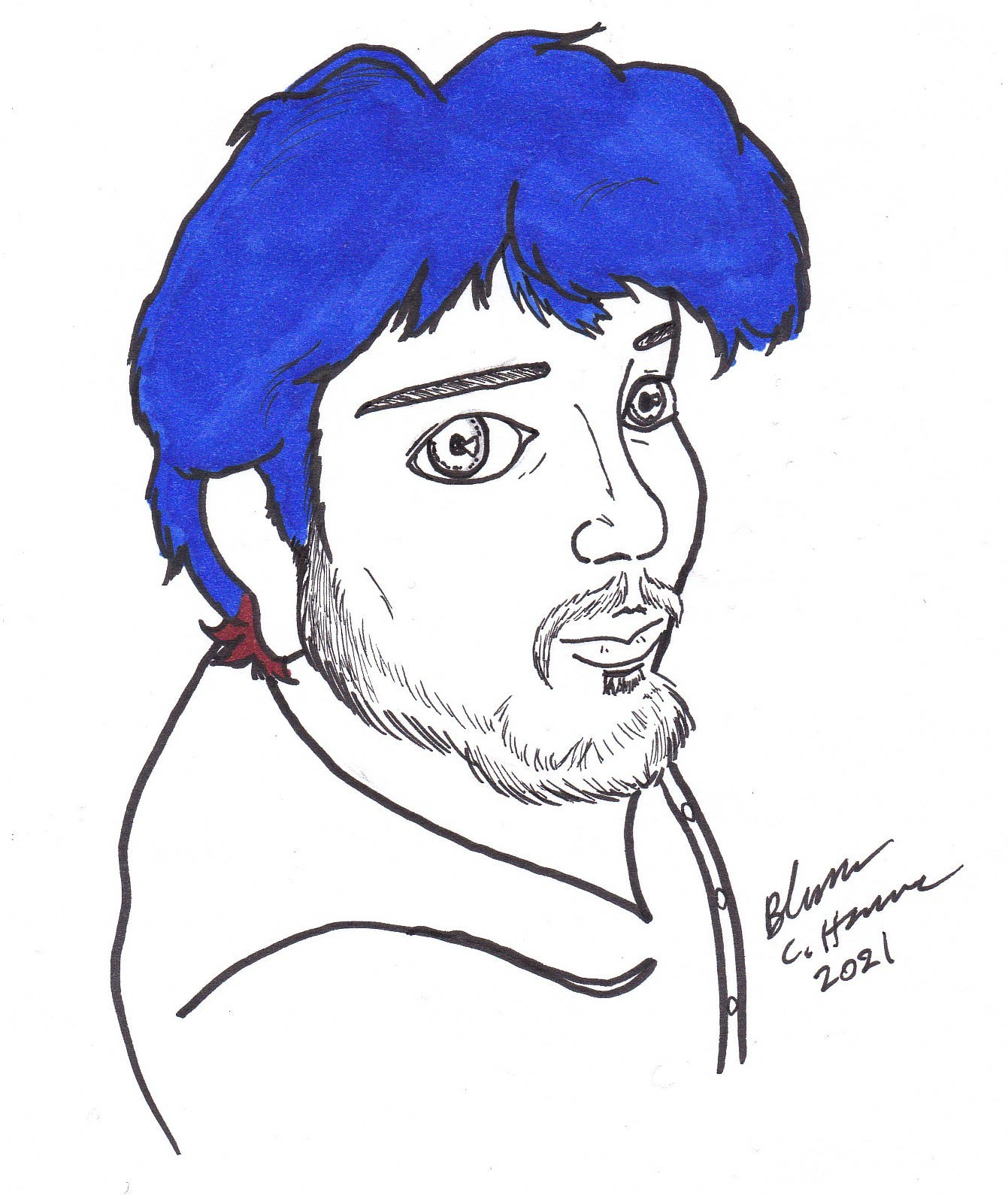 Posts: 1266
Registration date: 11th Jun 2014
JitterbugJive:Image
Here you go! If you want to draw me here's my photo:

Thank you everyone for letting me practice, I'll probably open more slots next week!

Posts: 1266
Registration date: 11th Jun 2014
Faces are always an endeavor, trumped only be feet and hands haha.
If you're in I've got a couple options here for ya... 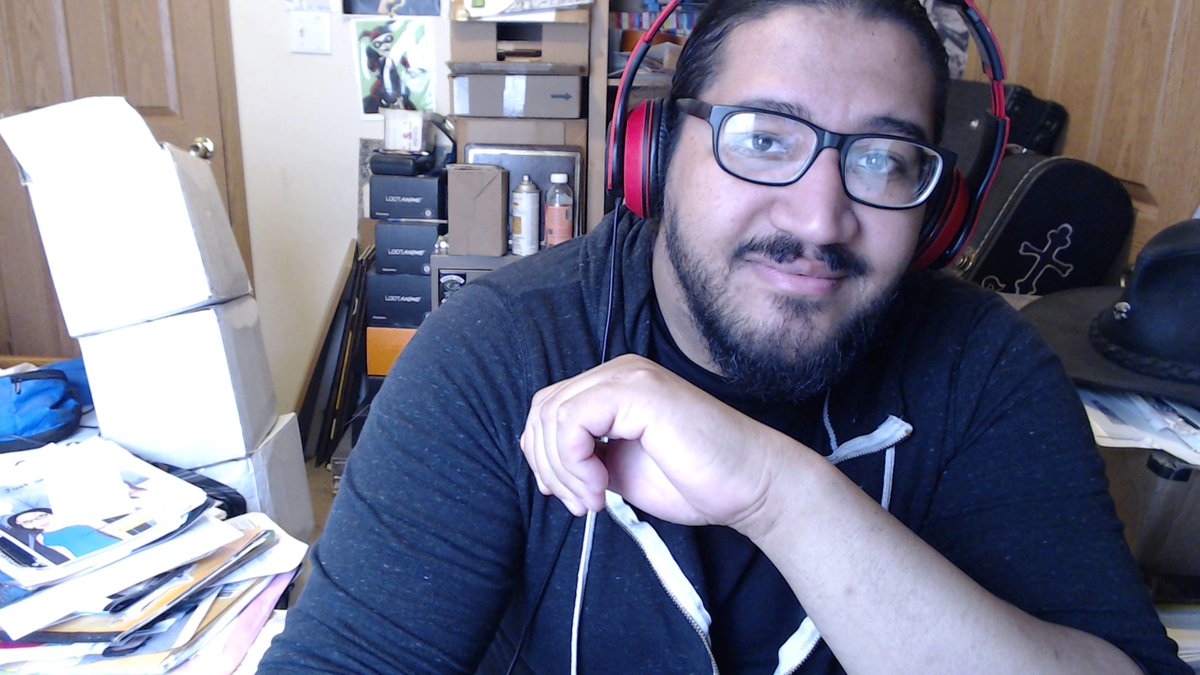 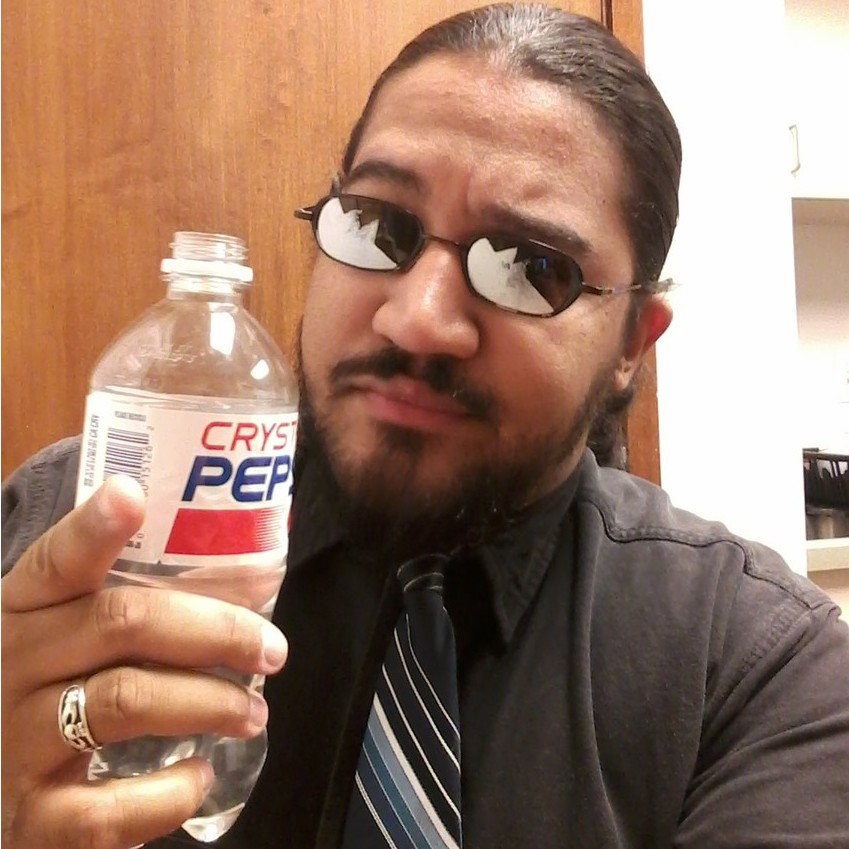 Posts: 1266
Registration date: 11th Jun 2014
Stilldown:I had some fanzine experience in the past, but I didn't join the CF mags so far. One of several reasons was that I wouldn't really like to join a strictly SFW tagged magazine, even if my submission would be SFW.
There is a NSFW version in planning, I read. Some ideas.

If material that has been used before in a webcomic is not allowed to be used, and I had to draw a new comic for the magazine, there are several things I like to know before I join.
- How limited is size, format and length of the work?
- I personaly find it even more interesting if there is some kind of interaction with the other creators. This could be a crossover story, cameos, namedropping or some EC/warren style moderator.
- Even if there would be very little interactiong, I would like to know what other comics are joining before I finally decide. Not out of any animosity, but if styles and genres really don't match well in a magazine, it often looks more incoharent then varied, so I might prefer to make room for someone else.

Maybe to feature more comic titles, and to have more participation, the contributors should create a art (like a poster or cover that reflects the comic + have a description of the comic. It should be unique artwork made specifically for the Zine. I think you can then organize it into sections like : romance, drama, magical girl, animals, fan comics etc.


Another idea is to limit which comics are in the zine by having themes to reflect the types of stories that can be found on CF, instead of themes like summer or winter.

A. Comics with/about kids as the focus.

I guess this falls under "what do I want to see in a zine" and thoughts and ideas.


question of allowing people to print and sell

Personally, I don't think this type of zine should be sold for profit/individual basis (since it is free online). Also one person may do really well bc they have a large following, while others may not. I don't think that's fair and I've seen this issue happen with other comic creators who contributed to a book/anthology. My understanding, the purpose of this Zine is highlighting different comics found on ComicFury. It should be understood that this is an advertisement for the comics on this site, and that all participants are contributing to that cause.


Instead of interviews, maybe gather quotes or feedback from the community on a specific topic.
Like, ask the refujeeves how they are enjoying the cite/community?

First time comic creators, why did you choose Comic Fury to host your comic?

Why creators went with CF?

These questions can be from everyone, not just those who contribute.

Advertising the Zines I think would fall on everyone on their social media to help promote.
Provide approved Zine Images for contributors (even non) to share. Size them for Twitter and insta.

Have a hashtag.
Use other hastags.

Again, just throwing ideas out there!

I dig what you're laying down!
The idea reminds me of "StArt Faire" when it was around. It had different sections(comics, prose, reviews,interviews, etc...).
Fan Comics would be an awesome idea as well. It would be like a more in depth version of the theme comic trades we do on here!
_______________________

I've always loved Microraptor's style and the Cryptida webcomic. Did a Halloween crossover in 2018(I believe?) and it was a riot!
The style is hard to pin down because it's very unique, but I get strong Sealab and Squigglevision vibes...minus the squiggles of course XD
_______________________ 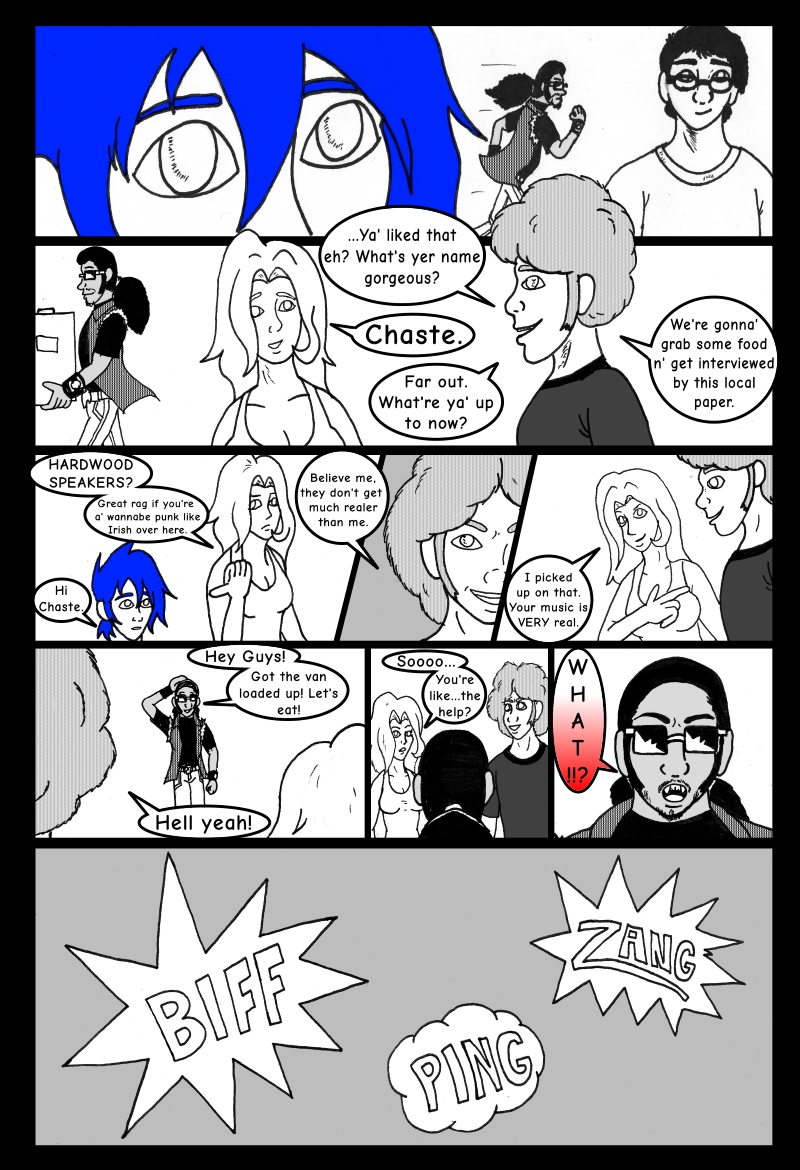 Posts: 1266
Registration date: 11th Jun 2014
A few years ago I'd say movie, but in recent years with films being lacking and streaming series making a killing(examples include The Mandalorian, Chilling Adventures of Sabrina, Titans, etc...) I would definitely go the series route. Ideally not network TV so the series can really spread its wings unhindered by demands of series length or the advertisers investment. The series can tell its story as it's meant to and when it reaches its logical conclusion it can end...now that I've typed that, Chilling Adventures of Sabrina is a bad example since it was cancelled prematurely XD
_______________________ 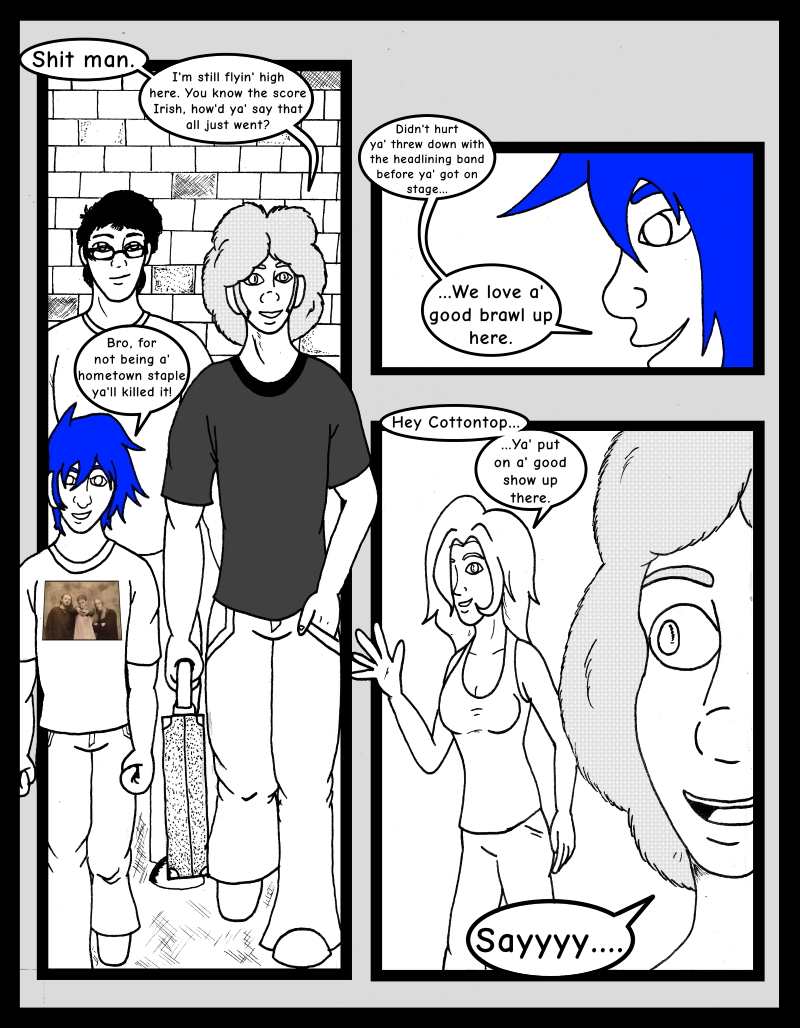 Posts: 1266
Registration date: 11th Jun 2014
bancinolate:A story about a man and his whole family who spend their daily lives just like us and how we spend it every day.

Mostly like the memes, we can easily found anywhere with such a touching story and lesson learned.

A hard working lady assassin who normally loves her job but it's become a chore as of late, especially with other life obligations taking her attention away. Some comedy but mostly strong introspection and life lessons ensue.
_______________________

Posts: 1266
Registration date: 11th Jun 2014
For only being Reflection's second show, things are looking up! But for how long? 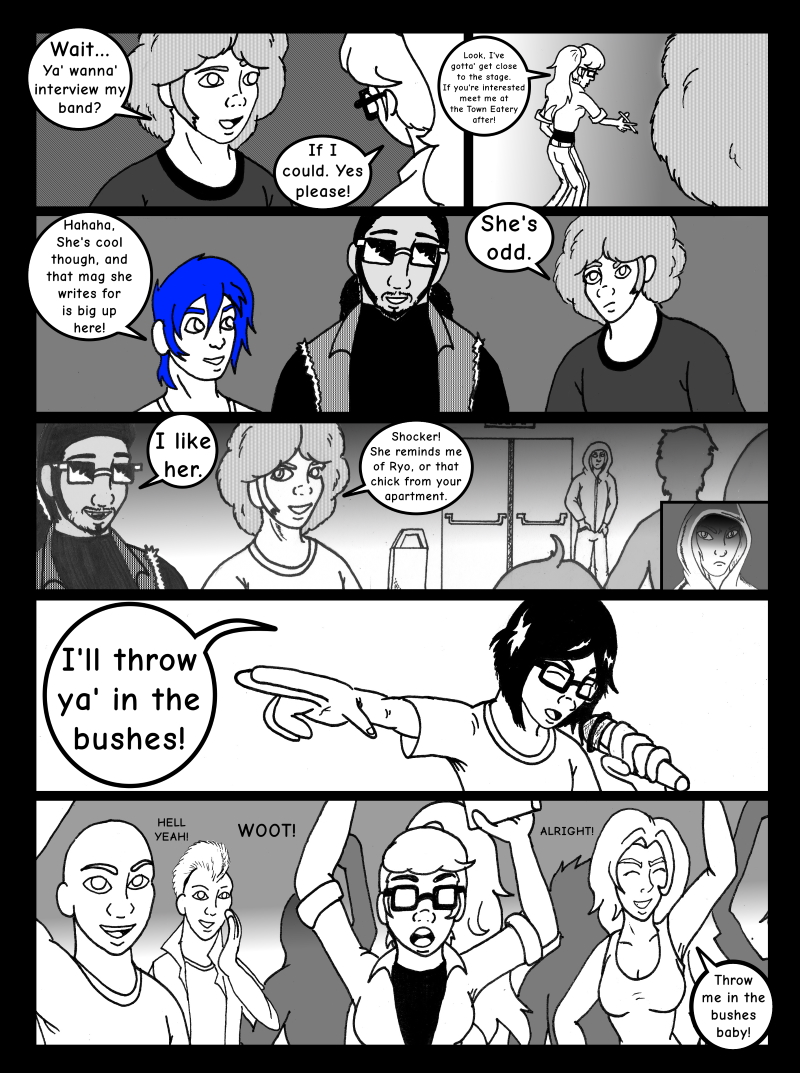 The most unique item I've managed to actually make so far is a board game. I'd still like to do plushies or figurines but it's tough unless you want to purchase thousands at a time.

Posts: 1266
Registration date: 11th Jun 2014
The Alolan PokeNerd:I honestly would get really happy with whatever merch my comic got, but I'd be especially happy if I got stickers, notebooks/sketchbooks/notepads, plusies, inspiration posters, or even special-addittion Pokèmon cards with my characters on them!

Custom cards of your characters for the Pokémon card game would be legendary!

Another thought on my merch that just hit me, I'd love a special kind of coffee or even better....a wine!
Walking Dead has its own wine. Saw it at the party store a few months back. I'll have to go back and check it out! Posts: 1266
Registration date: 11th Jun 2014
MST3KFan:Hmmm...only things I could think of that would maybe make sense from my comic...

Coffee mugs seen in the comic like Charlotte's similar to her t-shirt symbol coffee mug or her Aunt Sheryl's "World's Hottest Aunt" mug...

Plushies of the pets in the comic: Jinx, the German Shepherd...Smudge, the cat...and Tokka, the baby snapping turtle.

Posts: 1266
Registration date: 11th Jun 2014
I've already made some merch for my webcomic. Actual prints and zines of my comic, stickers, and even a coffee cup or two.
I'd love anything and everything though. The holy grail would of course be action figures. I'd also love a card game of sorts like
Wagon Webcomic Battle or the Scott Pilgrim card game. Something folks could just sit down with and get more immersed in the mythology of
my world since they would be apart of it.


...but done by professionals instead of me cobbling it together.