Posts: 681
Registration date: 24th Sep 2013
Location: The Pacific Northwest
mitchellbravo:Why is it so hard to write a script???
Probably multiple answers, but for me it's more how you look at what you need to get across.

If I'm writing a script for someone else I'd try to do a full script with panels, descriptions and dialogue, but when I'm writing for myself it's mainly dialogue and maybe a vague description.

It's at the art stage when I start worrying about panels and I work that out as I'm sketching.

KAM Books - my published work
Result in thread: Can you recommend me a fantasy webcomic?
9 days ago, 8:39 AM #4
KAM

KAM Books - my published work
Result in thread: The Lost Treasures From Your Shelf Vault
10 days ago, 9:40 AM #5
KAM

Stan & Jan Berestain are interesting cartoonists who had a much wider footprint than those damn bears would lead you to believe, cartoons and covers for Colliers magazine, cartoon books on raising children, a failed comic strip, and, as far as I can tell, 3 cartoon books dealing with... S... E... X!

(Shock. Horror. Rioting in the streets.)

I don't know how shocking this would have been back when they were released, but they're pretty tame by today's standards. If they were a webcomic, they'd get away with a teen rating. However even the otherwise comprehensive book on the Berenstains, Child's Play, fails to mention these books.

Spoilered for art you'd never see in the Berenstain Bears.

This was the comic that really changed my appraisal of Stan & Jan's art. I was indexing this book for the Grand Comics Database. I looked at the title of the comic, wrote down the information, looked back... and realized there was no dialogue. I could have sworn there was dialogue. But no, it's all body language.

Posts: 681
Registration date: 24th Sep 2013
Location: The Pacific Northwest
How about Gertrude and/or Brunhilda? (Gertrude's the blonde, Brunhilda's the black-haired one.) 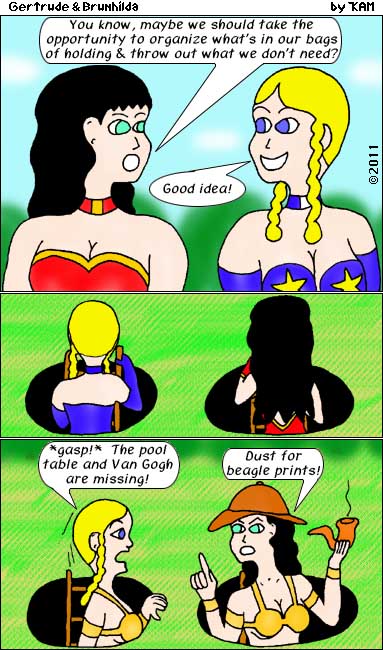 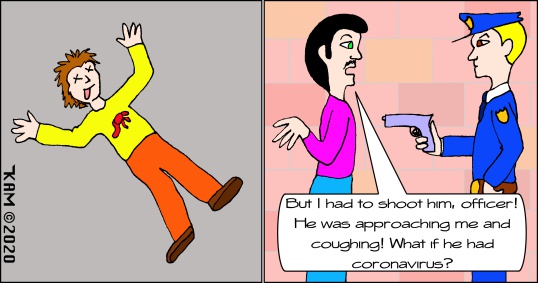 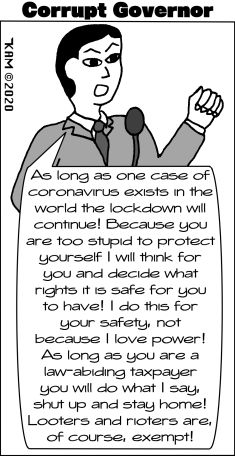 Posts: 681
Registration date: 24th Sep 2013
Location: The Pacific Northwest
While once in a blue moon the single panel limitation might be affecting the storytelling, I don't think it's that big a deal.

Another possibility is maybe some people are confused by the setting and world being different, but again I don't think it's major. If you're worried about it you could create a page that explains some things about the world.

How are you hyping The Under? Do you post on Twitter/Facebook/something else when the comic updates? Some people record themselves drawing their comics and post it on video sites like YouTube to get publicity.
_______________________

Posts: 681
Registration date: 24th Sep 2013
Location: The Pacific Northwest
KidCthulhu:I accidentally hit "dislike" because of where my mouse was when the page refreshed >_<

Kinda figured that since you also liked it. Thanks! :-)

Okay, last night before bed I finished drawing Wednesday's comic, finished it up today and loaded it into the queue. Woohoo!

The Saturday Evening Post Cartoons: The Nine To Fivers
As a collection of cartoons from a magazine this is unlikely to be reprinted, although the actual cartoons may or may not be reprinted.

Posts: 681
Registration date: 24th Sep 2013
Location: The Pacific Northwest
Have a few, but these were handy.

The Best of H.T. Webster

Was created after the cartoonist's death in 1953. I suppose it's possible it could be reprinted, but how many people would know who he is these days? His most well known creation is probably The Timid Soul starring Casper Milquetoast, which is why calling a weak timid person a milktoast was a thing in pop culture for a while.

A book of western cartoons by Fred Rhoads printed in 1972. Rhoads wrote and drew Sad Sack comics for Harvey.