Posts: 21
Registration date: 29th Feb 2020
Whenever I go to leave a comment, it says I need to log into comicfury in order to leave one. But as far as I can tell, I'm already logged it! I don't know what the issue is or what I need to do.
Result in thread: Traveler from Tapas and Webtoons
4th Nov 2020, 1:51 PM #2
Mrremoraman

Posts: 21
Registration date: 29th Feb 2020
So I'm a big fan of horror crap, and I really love listening to creepy tales all during the month of October. They don't have to be Halloween themed necessarily (although it helps) but anything spooky or creepy. Something about the synthesis of story and narration really works for me and gets me in a spoopy mood. I'm a big fan of Dr. Creepen, and I really love podcasts like The Night's End and Tales to Terrify. I wanted to create a thread for recommendations of narrated horror stories (they can be creepypastas on Youtube, podcasts, audiobooks, anything) that you consider perfect for listening on a dark night in a month dedicated to creepiness (at least here in America). Here's my list for any horror fanatics who want something to tune into as we approach Halloween:

Scarecrow Road by Lionel Green
Drifting by Ian A. Bain
Finding a Lost Pen by A.L. Hodges
The Storm by Christopher M. Fink

THe Thing on the Cheerleading Squad by Molly Tanzer, as read by Josie Babin
Blue and White by A.L. Hodges, narrated by Scott Fulps

Does anyone else have any recommendations? They don't have to be Halloween-themed (most of these aren't!) but I'd love to see your fave narrated horror story.
Result in thread: Post the image of your newest page!
15th Aug 2020, 12:38 PM #5
Mrremoraman 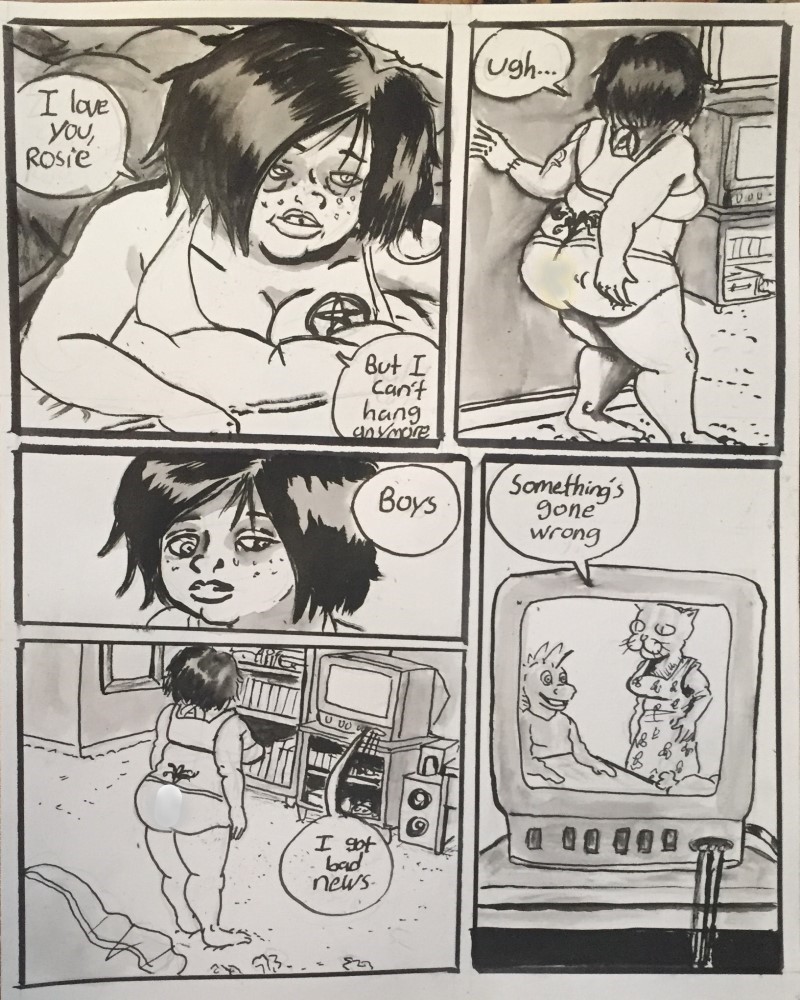 Posts: 21
Registration date: 29th Feb 2020
DEFINITELY Rosie! She REALLY hates bureaucracy and has the attention span of a gnat, and left her intended job as a computer programmer just so she could run a video store.


Which of your characters believes in love at first site?
Result in thread: Post the image of your newest page!
28th May 2020, 3:19 PM #9
Mrremoraman 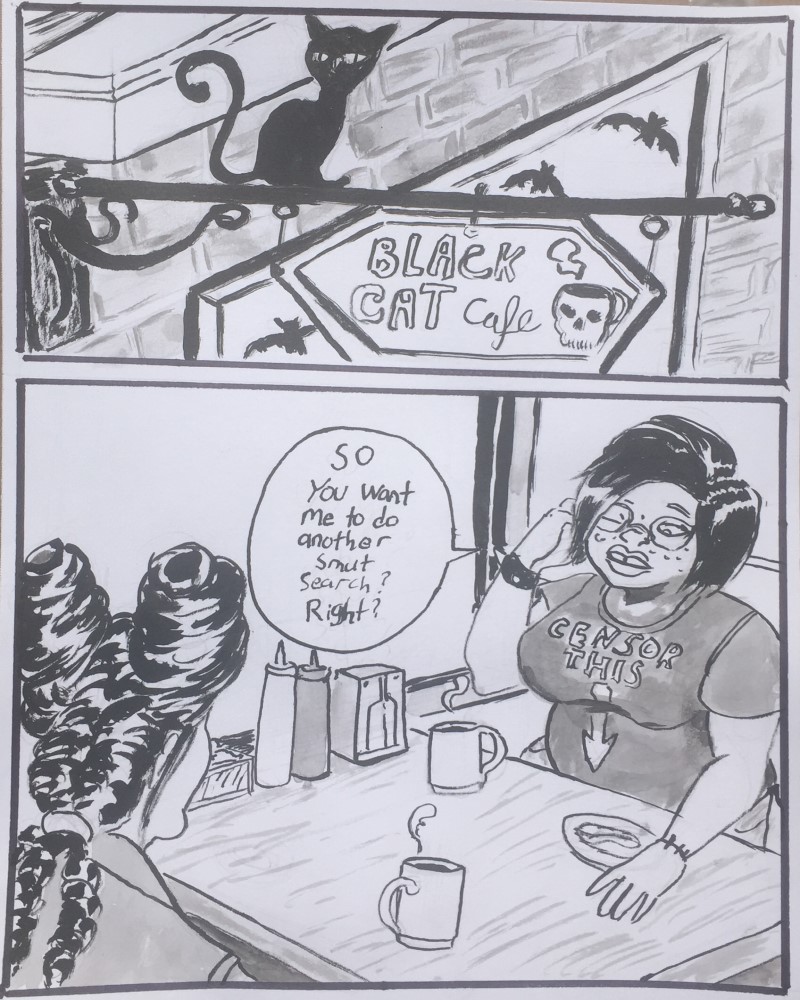 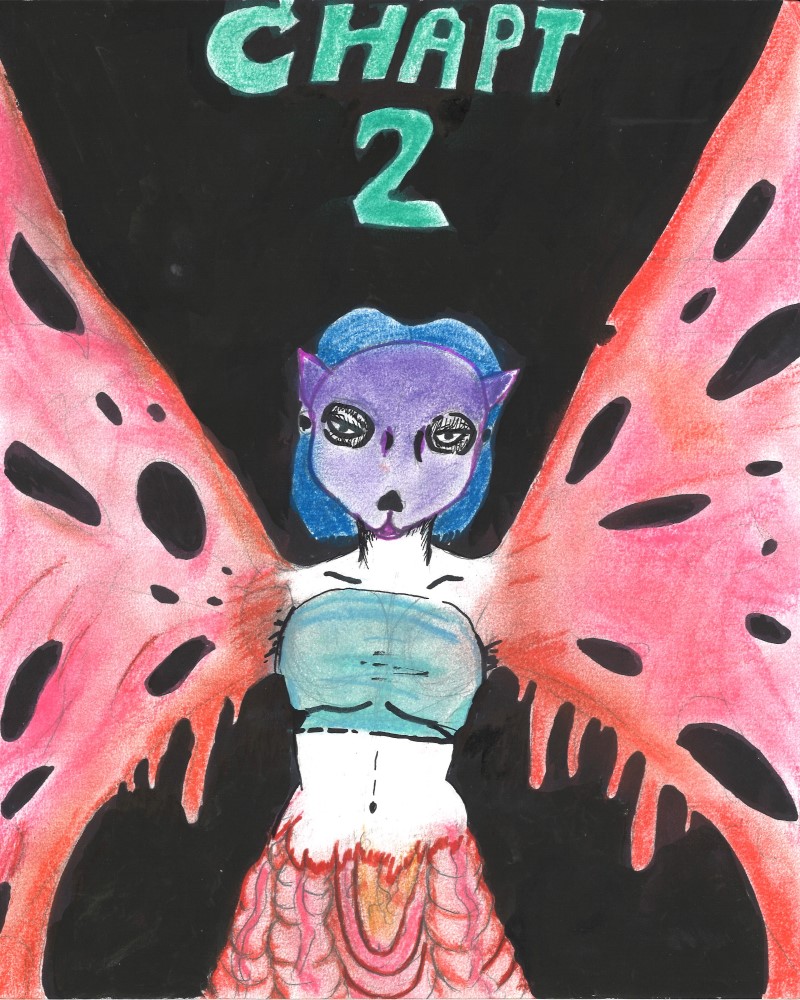 I'd love to see your take on my character, Diddly Doo the Dinosaur 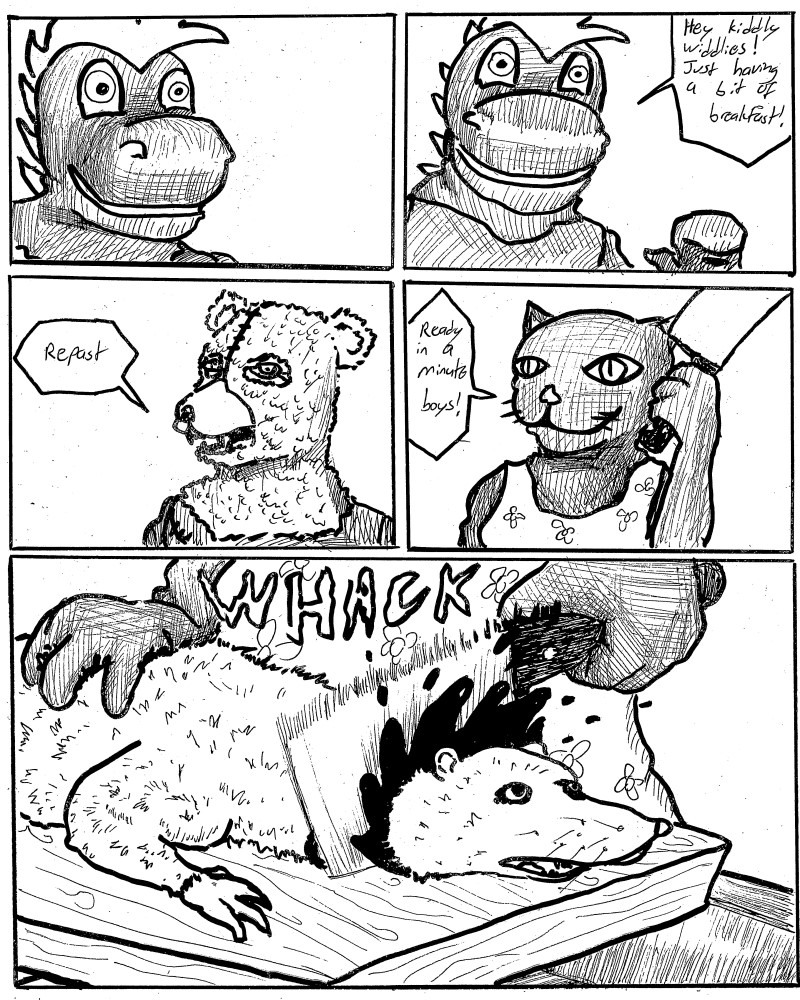 The best way to answer that question is: only if you're enough of a maniac to CONSTANTLY be working on something. You can switch back and forth between the two, work on one one week and another another week, and try to stagger your release so you can keep a good schedule, but you'll basically be working on one or the other every day in order to keep up. 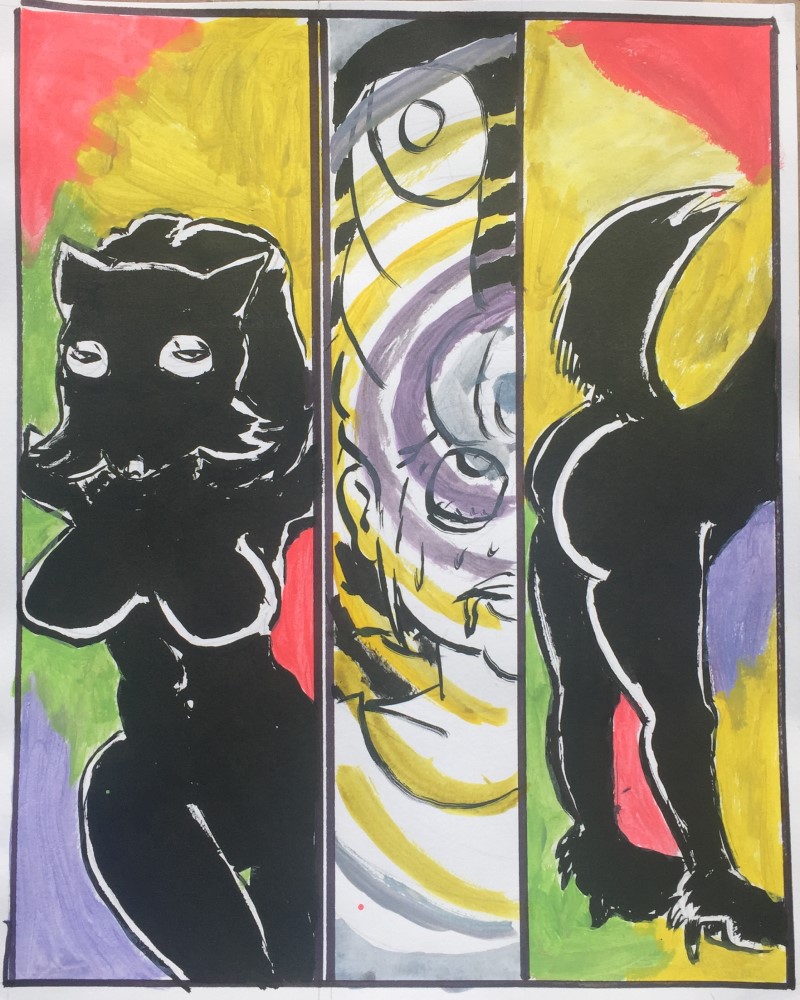 Posts: 21
Registration date: 29th Feb 2020
I like the blood and the show of emotion! The tension is really building here.


Ms. Vulpa is shaking it for all its worth. Poor Rosie's brain is getting blasted by them colors

Posts: 21
Registration date: 29th Feb 2020
I would like to submit my horror comic for critique:
It's called Through the Rye. Link to the first page:
Through the Rye: Chapter 1- page 1

Posts: 21
Registration date: 29th Feb 2020
You could give my girls Rosie or Reggie a try. Link to a page with them both: 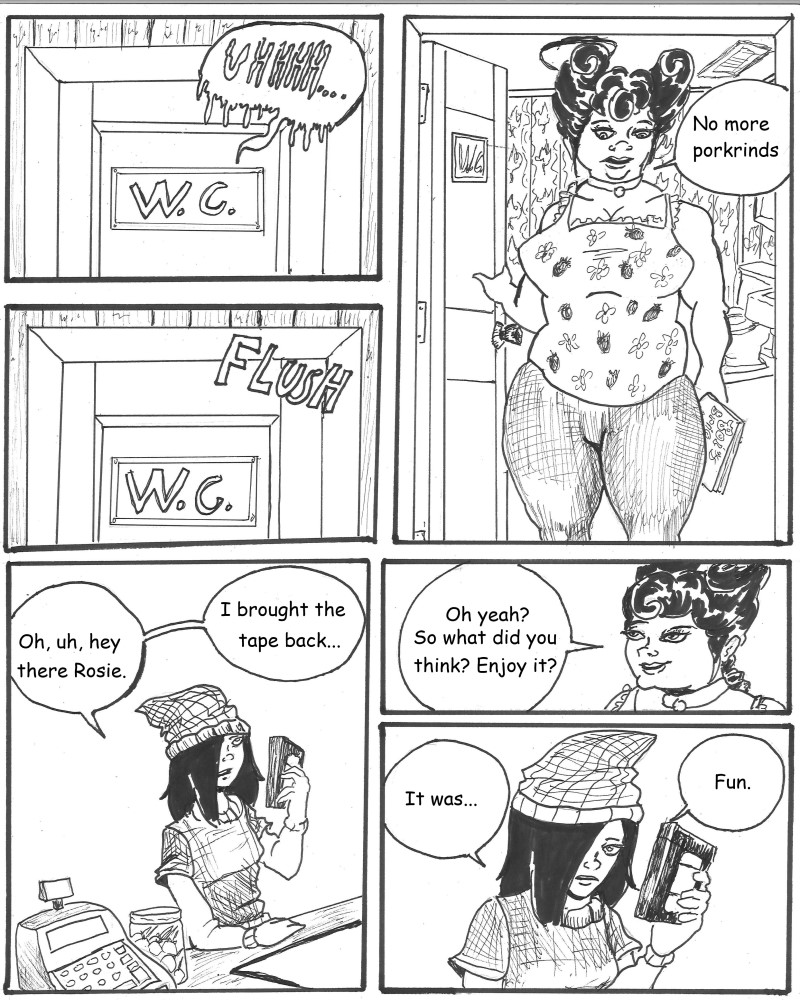 Posts: 21
Registration date: 29th Feb 2020
That would be Rosie. People tend to dismiss her because she's irresponsible, but she's a kind person: she only acts out because it helps her to deal with the pain of losing her first child and her husband. But she really cares about the people around her, even if her ability to make life choices is, at best, questionable.


Which of our characters is the most likely to survive a life-threatening situation?
Result in thread: Misc Comic-Related Art Thread, Version 2.0
8th May 2020, 7:30 PM #18
Mrremoraman

I could mention things like inconsistent art: but generally, non-professional artist HAVE inconsistent art in a webcomic, and I'm one of the biggest offenders when it comes to that. I agree with the other poster: just make sure you give you reader some breadcrumbs of explanation as they go along. I don't need to know EVERYTHING about this world (nor should I!) but I will need some tidbits here and there.
Result in thread: Post the image of your newest page!
8th May 2020, 1:32 AM #20
Mrremoraman 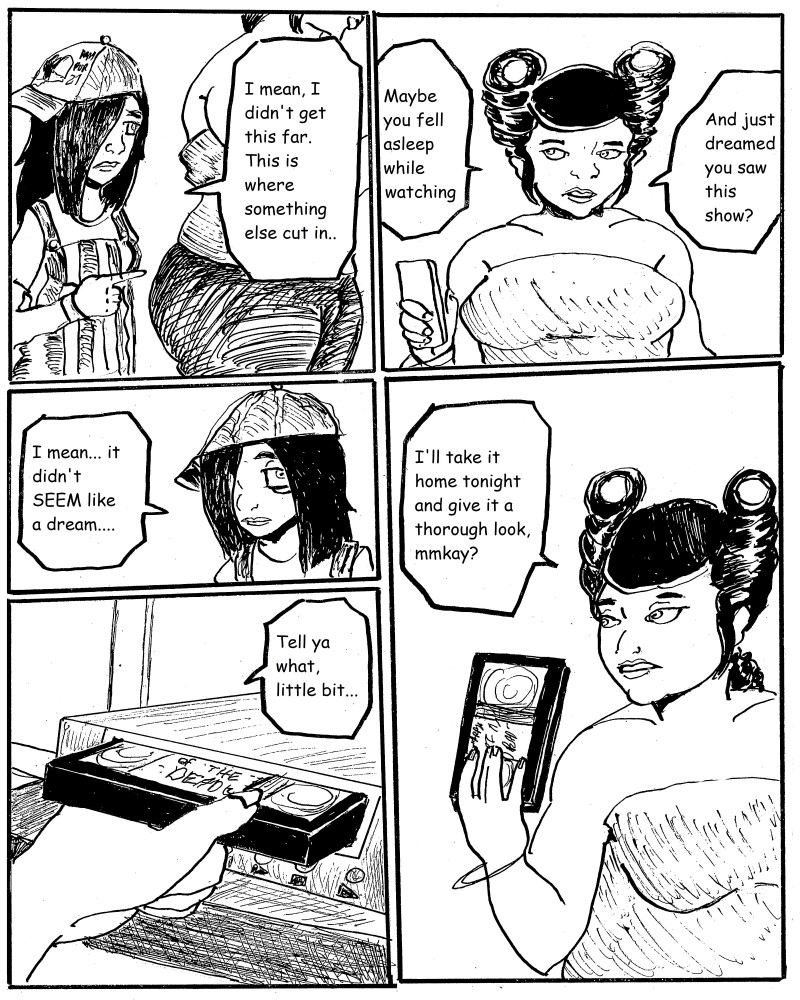