Posts: 213
Registration date: 7th Aug 2020
Location: PNW
My personal favorites:
Some update frequently, others are defunct and maybe one or two are on extremely extended hiatus. Two of them are even MINE, but still--In no particular order: 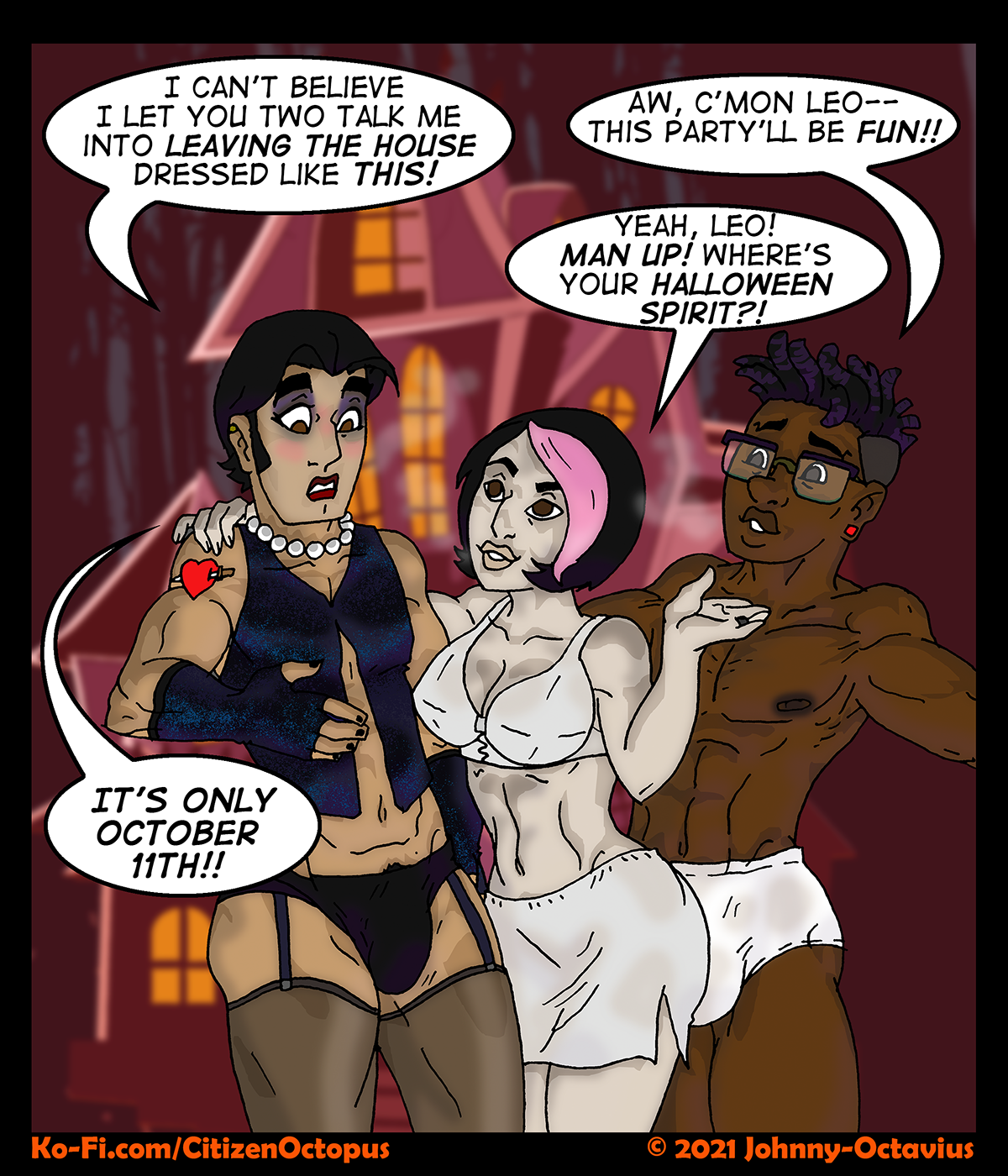 Result in thread: I hold the world record for most public domain characters in a comic
7th Oct 2021, 3:44 PM #4
Octopus Ink

If I may, I am genuinely surprised that Jenny Everywhere wasn't among your number!
(I honestly don't know if "Open Source" and "Public Domain" mean the same thing, but I know Jenny was specifically created to be Free To Use, and I just love seeing everyone's unique versions of her!) 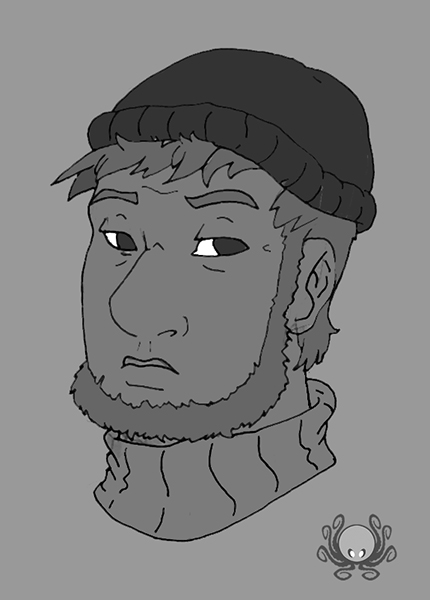 Posts: 213
Registration date: 7th Aug 2020
Location: PNW
neilpert:I have so many ideas for webcomics that it’s hard to keep a hold on them. There are times that I really wanna do a certain story, but I’m disinterested before I even start drawing anything for it.
Has this ever happened to any of you? And if so, then how do you keep a hold on an idea for long enough?

This is my every day.
I feel your pain.
even making an anthology account didn't really help as much as I hoped it would.
it's not a matter of holding on to the idea, as I eventually go back and at least TRY to do something with any and all of them at some point. I spend more time world-building than anything, and about 3% of it ever really makes it to the page. I keep notebook upon notebook of comic ideas, characters, etc. SO MANY NOTEBOOKS!!
Those are a good way to keep ideas without worrying about computer files getting corrupted, erased or computer-crash-lost (happened to me SO many times), but they, too might become a problem without a proper filing/tagging system to keep them straight.
The problem is trying to get through them all (eventually) when One does everything alone and with no help.
The lack of feedback for the stuff that does make it to post is also a factor of one losing interest in doing it. You figure that if no one else is paying attention, then, why should you work so hard.
That's about where I am at any given time. (Like now.)

That has to be Octavius - self-insert ME from various comics, as my sleepless ass is like that IRL.

Result in thread: Things nobody ever needed, or wanted to know about your webcomic.
3rd Oct 2021, 8:01 PM #8
Octopus Ink

Lightningbug's mom, Rina, is an alien invader -- who failed. She and her squadron were left to rot on Earth by their overlords as a punishment after failing to conquer even this continent, muchless all of Planet Earth. Most of her squadron were taken down by the military and a few on-hand superheroes, and placed in Area 51.


The REAL Area 51.
(In my superhero writings, Roswell, New Mexico's air base is a deliberate red herring, set up by the government to give the lookie-loos and Nosey Parkers something to gawk at.
They park "experimental vehicles" there and do marching maneuvers at 3am and such to make the people parked outside their fence with binoculars think there's something going on there. After all, what good is a 'secret' military base that supposedly houses alien captives and corpses and superweapons if Ol' Bubba and Cletus and every other conspiracy theory nutjob, reporter and ET worshipper knows exactly where it is?!!

Only 4 members of the 5 dozen strong Myrmithaaqi Invasion Squadron escaped capture - Rina, herself; her second in command, Bodhi, who managed to make her way to West Virginia before completely going to ground; A Force Captain, Gunnar, who was killed in battle with a Chicago superhero called Adam Alpha, and a soldier called Gar, who actually managed to escape Earth when the others were captured. Still, he never made it back to the Myrmithaaqi homeworld, but crash-landed on another world - Danaalius - and tried to conquer it. Though far more powerful than the natives, he was not powerful enough to conquer the planet. They rebelled against him and ran him off-world with his loyal wives and several of his children. What happened next is unknown, but, it is believed that he tooled around the galaxy, seeding his many children on various worlds where they (MIGHT) pass for natives, intending to come back later and coach them in the ways of using their metahuman abilities for world conquest.
Moxie is one of those children.
She is half Myrmithaaqi and half Danaalian, thus, her blue skin.
The red goggles she wears are from her father's Myrmithaaqi battle armor - just like Lightningbug's and all the lenses he's shared with his team.
Moxie lets her gang affiliates THINK she's another weird-looking Chicago metahuman, but, much like Team Hades themselves, she is only using her experiences with them to train herself in battle and the use of her powers because she believes that someday, she will grow up to help her father and her other extraterrestrial siblings take over this planet (and a host of others) someday.

Posts: 213
Registration date: 7th Aug 2020
Location: PNW
I went the description route with the mains from Wonderland Hates You.
Not bad, really - though Artyflow seems a little iffy with the darker skintones. 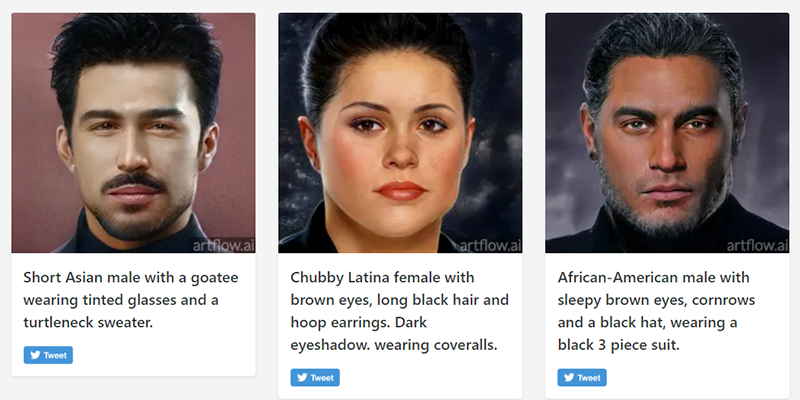 The tentacles from the back of his neck are a tat.
The "Star-Bush" is a trim.

Long story short, no. Meddlesome is it's own reality of Hanna-Barbera expies. Doesn't quite fit in with the directions most of my other comics were going.
It might return someday. It might not. It depends on how I feel once the seasons change into something less soggy, grey and detrimental to my health.

-Long paragraphs regarding my current will to continue making comics REDACTED-

Posts: 213
Registration date: 7th Aug 2020
Location: PNW
mitchellbravo:^it was along with pretty much every rhyming variant

I'm guilty of that one.

The redheaded dude with the shades and the upside-down visor's name is "Braeden".
The tall, lunk-headed blonde in the middle is named "Chad", which is also a popular name these days - as an insult.
There's a lot of Chads in modern pop culture and, these days, they are played as villains and a-holes
(This Chad is no exception)
but, the name IS very commonly used.

The third one is Hunter. I dunno if that's as popular in comics nowadays as it was in family movies (and action movies as a surname) back in the 90s, though.

Posts: 213
Registration date: 7th Aug 2020
Location: PNW
Heard OF it? Yes.
Was smart enough to not look into it, based on the reputation.
Someday, however, when I'm REEEEALLL bored, morbid curiosity may get the better of me.
Of course, there's about a zillion things on my morbid curiosity bucket list that would come before that.
_______________________

Posts: 213
Registration date: 7th Aug 2020
Location: PNW
Lutzbug:this is literally my first name and I'm always unsettled whenever I see it in a comic, because it comes up a lot


Same here with Johnny. Or the variations John or Jack.
Awful lotta 'Jack' in fiction in general. Webcomics are no different.
Oh, and Eddie. There's lots of Eddies.

Posts: 213
Registration date: 7th Aug 2020
Location: PNW
Gag-a-day and comedy are my first choice, as long as the comedy is actually FUNNY.

I really hate those comics with dropped punchlines AS the punchline. 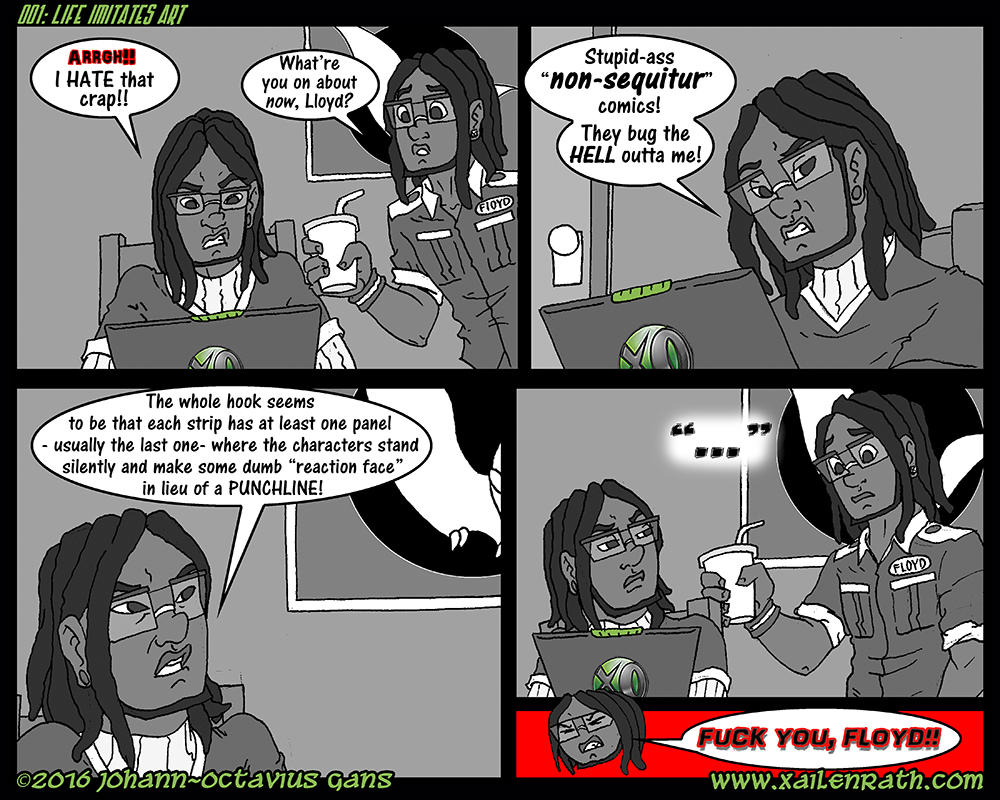 I grew up on newspaper strip comics and they will always have a place in my heart whether The Internet™ thinks they're corny or whatever.

Superheroes are my second choice, but, my first love
- especially if the story focusses more on the human aspect than on the powers/punching. I am not a "deconstruct the genre" guy, per se, but, something a bit deeper than Silver Age punch-em-ups and Adam West Batman style superhero tales will, more often than not, grab my attention and keep it.

I am lately getting really into the noir-ish adventure stories and semi-supernatural mysteries genre. They can be dark and moody, comedic or just plain mind-bending, and I will probably gravitate toward it.
Anything that can be described as "X-Files on paper" or "Scooby Doo, but SERIOUS", I am probably gonna like it. There's some good stuff out there.


And, yes, I'll be brave enough to say it - SMUT.
As long as the art is good and it doesn't hove into "disgusting shock-value fetishes for the sake of fetishy shock-value disgustingness" territory, and there's an actual touch of romance and/or comical sex-farce whimsy in it, then, yes, I am a fan of comics that feature gratuitous nudity and naughtyness. I am NOT ashamed.

Posts: 213
Registration date: 7th Aug 2020
Location: PNW
neilpert:
Which one of your characters is the biggest arachnophobe?

Because he's the cartoon avatar of his Cartoonist (me), and I can't stand those 8-eyed, 8-legged demons.