Posts: 26
Registration date: 23rd Nov 2019
My original coder for my website left my project due to irl job commitments. So I have since abandoned trying to host a comic on my own server (my url now redirects to the CF hosted one, url is locked on weebly until 2022).
I have the design and even snippets of the CSS coding saved from when I had Photoshop.
I also have money to blow.
I'm html stupid /shame


Here's what the theme looks like on my weebly page.

I do want to add more options to the menu bar but I can not replace the design due to me losing photoshop because Adobe sucks with their subscription services. So I'm open to a new template of the menu bar, maybe something a little more sleek.
I could always just edit the code in a preexisting theme but uh
I'm stupid lmao
But I also want a fully personal made theme/design

PS: If you want to take over the coding project to my actual hosted server, I'm open to that too but I need a dedicated webmaster pretty much. Paid gig ofc.
But I think this is easier lol

Posts: 26
Registration date: 23rd Nov 2019
Don't be me a remake the first chapter upon completion every time because the art style isn't consistent.
I've remade my first chapter FIVE TIMES because of this and look, it's been 10 years and I'm not even passed chapter two.

Posts: 26
Registration date: 23rd Nov 2019
I've been a patron for a bit at the $5 tier. Here's an idea about ads: I personally don't want ads on my comic (but I wouldn't be opposed to paying for my comic to be on others lol). Maybe have it set to where if you didn't want comic ads on your comic, a flat fee of like $10? Or something.

Posts: 26
Registration date: 23rd Nov 2019
Trying to force myself to draw backgrounds is not fun. 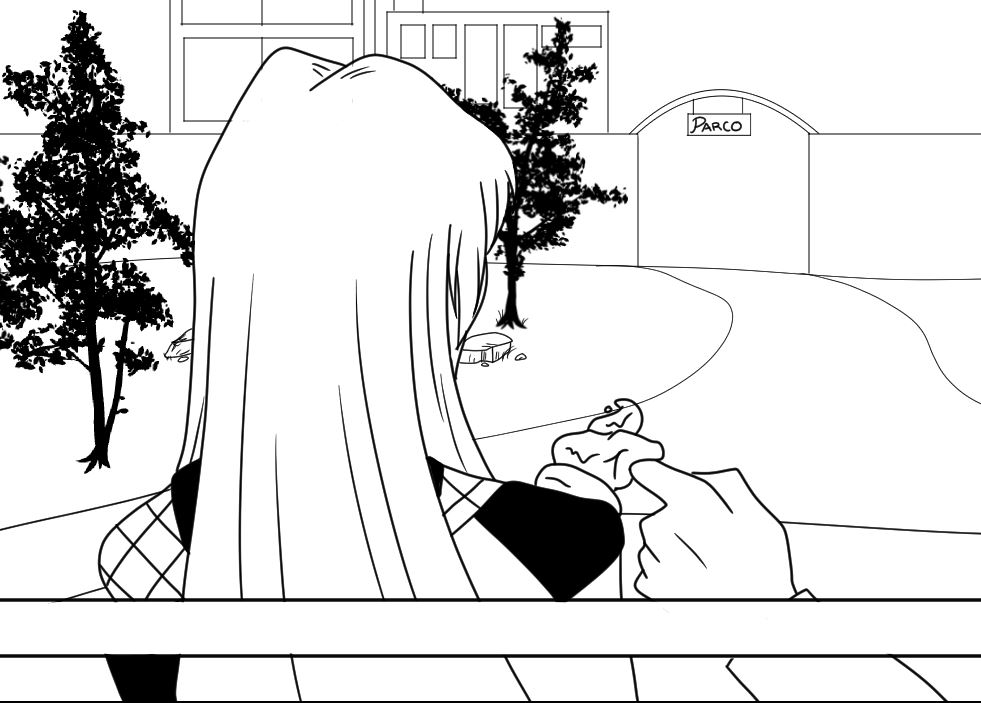 2nd job I had, I was written up for abandonment of my job....on my day off. The manager, who was new and absolutely hated me, wouldn't believe me that it was my day off and wrote me up, took my hours, and withheld my paycheck until I turned my uniform in which...was his way of saying I was fired. I hope his wife left him. An absolute asshole.

3rd job. The evening manager made me serve rancid 6 month old dairy to customers (in form of milkshakes) on top of me literally throwing up at work. He screamed at me for being lazy and how there were people working harder than me, me someone with a 102 fever and LITERALLY THROWING UP. I walked out. Never looked back. He was fired months later for inappropriate conduct with a minor at work. The store closed last year due to covid.

6th job, manager wrote me up for refusing a table (I was a server) after he sat me 5 times in a row back to back and refused to get drink orders or help me at all. Got written up again on the same day for a bad attitude. I quit after that. Found out later the gm was the one who told my ex best friend (an orphan) that orphans are over privileged tax leeches. Scum.

7th job. Manager was a literal irl version of comic book guy from simpsons. He told a 16 year old who's family friend passed away from an OD to get over it, he got what he deserved. He fired me a few weeks after becoming gm for no reason. 6 months later he was fired and I got my job back, worked all the way up to assistant but left after transferring when negotiations fell apart and reached a dead end in the company.

8th job. Short stint working at sam's club as a shift lead. My department did the samples and they were all old ladies that pretended to be sweet but jfc they were monsters. I reported them so many times for stealing (food that would be donated to shelters and food banks). I woke up one day and didn't go to work, I quit. They were preventing me from doing my job. A year later the old supervisor calls me to offer me the job back and told me everyone was fired and it's all new staff, super young, etc. But I turned it down, I didn't like the job in the first place but had no other options at the time.

Current job. Not so bad, I keep trying to move up higher on the management scale but keep getting road blocks. The shift lead tried getting me in trouble for snitching on her friend (who works there) for inappropriate conduct with the minors thru text (unsolicited) but the GM took my side. I plan to transfer by fall anyway when I move so I just gotta hold it out and get that manager title. Company isn't bad but it's going from locally owned to corporate so it's changing for the worse. I just wanna hold on a bit longer to get the experience to put on my resume and go somewhere else that pays more. Also the manager from the 7th job is the brother in law of one of my bosses here. It was awkward. I hate that man but I hear he treats his wife good....just wish he treated his employees better.
_______________________
Talk to me about Gay Demons
Result in thread: comicfury needs your help
12th Jan 2021, 9:11 AM #11
OujaAkuma

Posts: 26
Registration date: 23rd Nov 2019
I wouldn't be surprised.
They redirected the SJ website to their main comico site so anyone who didn't know they pulled the plug were probably horribly upset their work was gone. Their announcement was so subtle. Rip.
It was such a bad marketing move, I wonder how the original owners feel about it.
_______________________
Talk to me about Gay Demons
Result in thread: Smackjeeves comics are archived on Archive.org
1st Jan 2021, 6:22 AM #14
OujaAkuma

Posts: 26
Registration date: 23rd Nov 2019
My friends husband fell for a scam on the phone. She said it was super personal, like they had his record (which was public info), his current and last address (they just moved), full names of his family members, and a few other things so the guy was like "oh shit". They were trying to pin him for a illegal thing he did years ago (which they also knew about).
To her she was like "THAT'S A SCAM" but he fell for it and lost $5K. The cops said too bad so sad because he was duped. She was hella pissed and they never got the money back.

And just last week someone hacked her playstation account and bought $500 worth of sport game crap and sony wouldn't help her case. That was her kids christmas money too so she was hella defeated. Cant catch a break.

Posts: 26
Registration date: 23rd Nov 2019
I'm on revamp number 6 for my story because I failed to really grasp outlines. I just started drawing and nothing made sense.
Once I really got the idea of my story, I just wrote them down. And then just built chapters around that and kept polishing and polishing. I'm reworking my outline right now to be a lot more interesting but having the general idea of what major plot points I want has helped. Outlines are great, def recommend doing it if you want a full on story that's coherent lol.

Posts: 26
Registration date: 23rd Nov 2019
I really love this site. I find it's way more inclusive and the graphs to see comic growth is amazing. Plus the URL's are way more friendly to advertise on cards than mycomic.smackjeeves so yeah.
The site is dying by the end of the month so I'm glad to have jump ship when I did and I hope to stay here for a long time.
_______________________
Talk to me about Gay Demons
Result in thread: SmackJeeves open for everyone until the end
17th Dec 2020, 5:00 AM #20
OujaAkuma

Posts: 26
Registration date: 23rd Nov 2019
I started everything on SJ so this is really sad to me, but at the same time I saw it coming when they overhauled everything. Getting rid of the forums was their fatal blow. Every comic I followed on SJ moved here or on twitter so I had 0 use to go on that site anymore. But to be only a year from buy out to total collapse is hilarious.
I just hope the exclusive artists get compensated for their work or will be allowed to take their comic somewhere else.