Posts: 3475
Registration date: 18th May 2011
Location: Sol 3, Milky Way Galaxy, Laniakea Supercluster
After nearly a year of hiatus, I finally got back to work on my game last month. Spent some time easing myself back into the design and story side, before turning back to the proof-of-concept I'd built. Turns out the main library I'd used had gotten a major version number bump, meaning a lot of breaking interface changes. Mostly for the better, but it still meant that when I tried to boot it up, the compiler spat out a hundred errors and about 75% of the main file got red squiggles under it.

It's taken two weeks (well, four days, I'm not full-time on this yet), but it's not just back to where it was in March, it's actually a bit farther along. I figured if I had to rewrite big chunks of it, I might as well add the features I was going to rewrite everything for anyways. It turned into a long crazy adventure that involved learning how to create a font, a few hours making actual graphics instead of flat-colored rectangles, and added a whopping 500 lines of code to the codebase (a lot, considering the whole thing's less than 2400), but it was well worth it.

Now I can get to work on all the // TODO comments I left myself a year ago. Good thing I actually left useful comments, or I'd be lost.

Posts: 2276
Registration date: 15th Jun 2016
Location: breaking into your house and stealing your dogs
Okay so I want everyone to hear this batshit crazy weekend I just had.

In the past weekend, I have:

>Taken a midterm
>Filmed a probable murder scene for 13 hours (film class don't call the cops)
>Got sick lighting selfies because I was excited about the gels
>Met up with my "tribe" for a campus survivor game
>Started a 48 hour challenge in which I had a list of tasks to do
>Had a sleepover with the tribe
>Passed out at 4am on the floor after almost 24 hours of straight chaos
>Filmed for another 5 hours, apparently the murderer kills the man with a butterknife
>Lost my phone in the snow, but found it within the hour due to some really good samaritians
>Drew a face on my belly button and screamed spongebob songs
>Harassed people to subscribe to the survivor YT channel
>made a really shitty pizza and made someone eat it
>Jumped into the pool with all my clothes on, hat and gloves included
>Witnessed someone get a survivor-themed tattoo
>Did not witness but heard about two tribe mates making light-saber noises in a class and pissing off a professor
>Watched someone have two limes (rind and all), half a jar of mayo and dog treats for dinner
>Took another midterm, got an A through sheer dumb luck after about 30 min of studying
>Finally have a plan in place to take care of my anxiety
>Took a bath outside in a swimsuit in 20F (-5C or something) weather
>Recreated ten vines
>Ate two spoonfuls of mayo, gagged, and watched as two of my tribemates ate the mayo like fucking ice cream
>WON THE CHALLENGE - cried when I found out
>Finally relatively caught up with my schoolwork

Currently face down in a spilled, melted puddle of a 711 cherry slushie in a Denny's Parking Lot with the ruined remains of my Danny Phantom fanfiction just out of my grasp. I think I hear the whispers of the ghost boy laughing at me in the distance, but that may be the delirium.
13th Feb 2020, 2:53 AM #105
KatsuTG

Posts: 228
Registration date: 9th Feb 2020
Location: Behind you
Sweet jesus, batshit crazy is the understatement of the decade so far. Some people here have some sorta good luck I'd kill leprechauns for. Either that, or I need a life. Or both.

In my case, I lost access to my tablet in the move to my temporary apartment a few weeks back and haven't done anything since but start uploading my old pages here. So today I got off my lazy butt and typed until my fingers hurt, but it was worth it because I finished writing the plotline of my comic I barely wrote much of, and even wrote a plotline for a second comic I plan on submitting to Hiveworks once I can draw again. So now I can slouch and do nothing but binge Ennui Go for once.
_______________________ 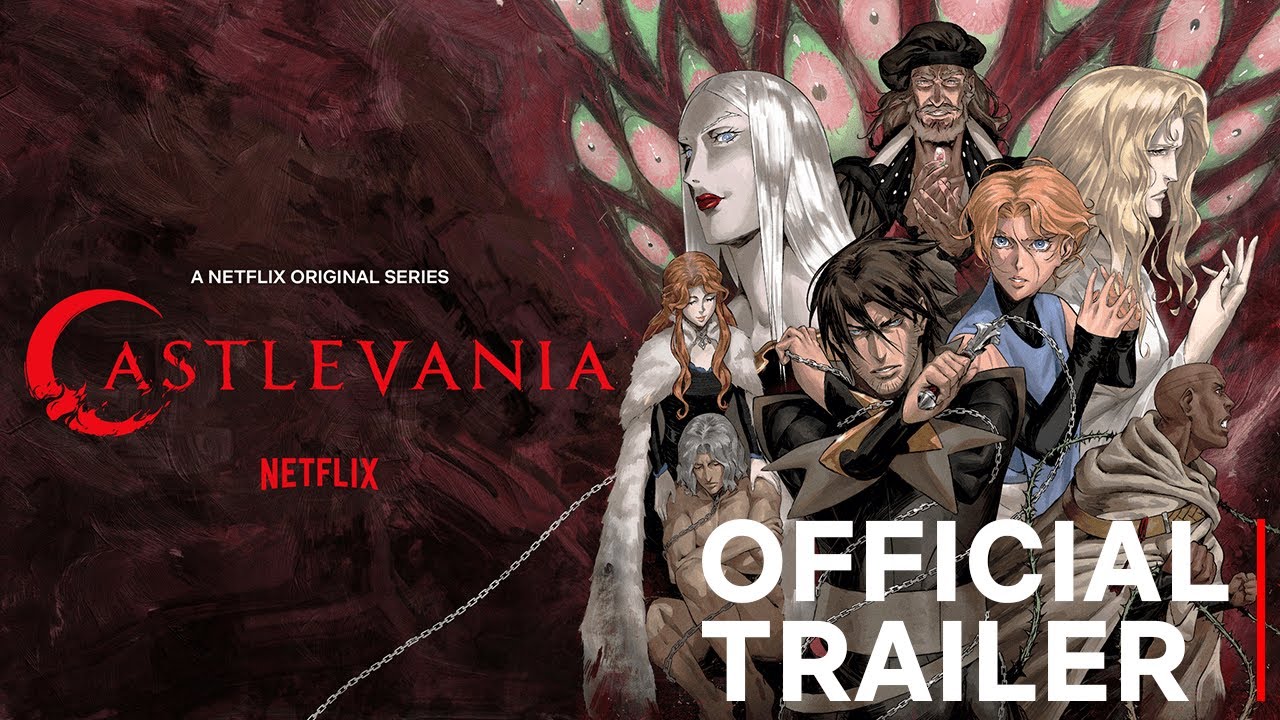 Posts: 2518
Registration date: 7th Mar 2018
Location: Small SC Town
This hasn't really happened today, but around a year ago my mental issues were describable as "The Pennywise Dance playing over nonstop footage of train wrecks", but that's not the case anymore and I'm thankful for that.
_______________________

Yeah, the game franchise is dead. But it lives in our hearts, in a form of good western adult animation.

Lucky guy. I spent my Valentines day beating the crap out of noobs with Simon in super smash flash.

Meh, I'm not used to playing him. But I gotta admit, his recovery is MUCH, MUCH better than his recovery in Ultimate. Personally, I think Rayman's a really fun guy to play. Although I think he's a bit broken. His jabs range is insane and can destroy projectiles, plus you can easily spike enemies with his dair

Posts: 2512
Registration date: 23rd Nov 2019
Location: nj
This is the first friday in a really long time where I was able to come home, not run errands, not do laundry, and not have to go out to a party or gathering. I can just ~*bea*~ and it's chill

Posts: 2977
Registration date: 24th Sep 2018
Location: Imagination town
Reapeageddon:Meh, I'm not used to playing him. But I gotta admit, his recovery is MUCH, MUCH better than his recovery in Ultimate. Personally, I think Rayman's a really fun guy to play. Although I think he's a bit broken. His jabs range is insane and can destroy projectiles, plus you can easily spike enemies with his dair

I got the next 5 pages of my chapter 100% ready, and because of that I was able to script the next chapter and sketch the last 5 pages earlier than usual!

I absolutely hate Rayman. His special is a grab that people can chain indefinitely, and I'm not sure if that was intentional or not but whoever programmed or designed is that is an evil person.
_______________________
Avatar by Linguine

HOOOOOLY CARP THIS IS A GOOD ALBUM. FACE-MELTING SPINE-RATTLING VOCAL DISTORTED DROP D GOODNESS. RIFFS THAT WILL HAVE YOU ON THE FLOOR WHETHER IT'S BECAUSE YOUR KNEES WENT WEAK, OR SOMEONE KILLED YOU IN THE PIT. I CAN'T BELIEVE I WAS LUCKY ENOUGH TO FIND THIS RARE ALBUM JUST SITTING THERE. IN THE WRONG SPOT, TOO. I GOT SOME KARMA BALANCING TO DO 'CAUSE THIS IS JUST THE BEST FEELING EVER. MAN I'M GONNA TELL EVERYONE ABOUT THIS SO THAT THEY GET TO EXPERIENCE THE RAW AWESOMENESS JUST LIKE ME

Posts: 2512
Registration date: 23rd Nov 2019
Location: nj
I woke up, had coffee, and then headed over to my new house, where I stayed from about 9:30 to 5:30. My mom came and got us breakfast/lunch and helped me with a few tasks before going home. I did 3 loads of laundry, moved in a bunch of containers from both my apartment and my parents' house, bought pet food and supplies and set up one litterbox upstairs, touched up some white spots in the paint upstairs in the bedrooms, had a surprisingly scrumptious microwave dinner, and spent a little bit of time just sitting on the deck looking out over the woods and the sunset.

Then I came home and packed the car with stuff to take over tomorrow and went out and bought some alcohol.

Posts: 123
Registration date: 20th Feb 2018
Location: Owasso
I went to the mall today to do my usual mall goth crawl with a friend. Got an awesome pair of vans for 40 bucks, and a new shirt.

This is the shoe. 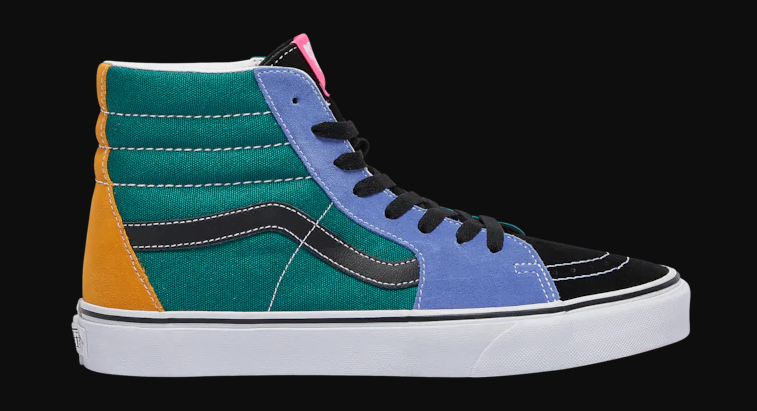 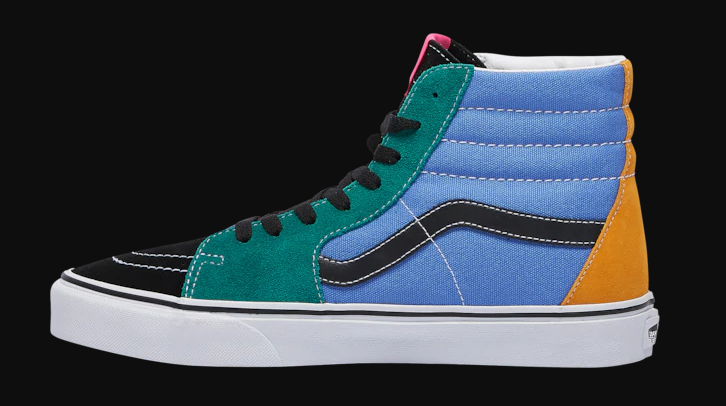 This is the shirt. 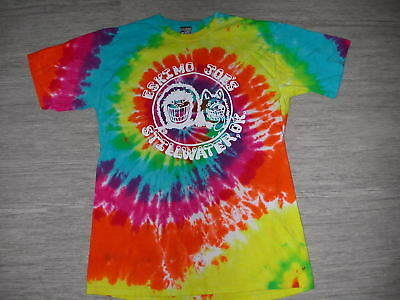 Posts: 2977
Registration date: 24th Sep 2018
Location: Imagination town
128mega:I went to the mall today to do my usual mall goth crawl with a friend. Got an awesome pair of vans for 40 bucks, and a new shirt.

This is the shoe.

This is the shirt.