Posts: 459
Registration date: 13th Feb 2015
im playing Mass Effect 3 and my favorite character just died and i dont think ive ever been this upset about a fictional character's death, and especially because i wasnt expecting it. they were scripted to die, it had nothing to do with decisions i made, everything is terrible and i cried because im a massive pussy.

post about sudden deaths of fictional characters that you didn't see coming/were upset by. commiserate with me so that i can feel less like a big weenie.

Posts: 2093
Registration date: 7th Mar 2018
Location: Small SC Town
Spider-Man in Infinity War, because when I was a kid I had to be carried out of the theater crying because Green Goblin gave Spidey a hell of a thrashing and I had to be told that Spider-Man wouldn't die, so watching Spidey get dusted was a childhood fear recognized.
_______________________

Posts: 2719
Registration date: 24th Sep 2018
Location: Imagination town
Don't feel bad, this shit happens to me so many times. Especially with series like Berserk, Baki, and One Piece. I cried when Whitebeard died mainly because his death was so symbolic and correlates a lot with my feelings of self sacrifice. Something about a man sacrificing his life to protect his crewmates despite knowing he stood no chance just broke me. There is also a series called Record of Ragnorok. Thor and Adams' death....man. I don't know how anyone can see that without getting a bit emotional. Even after facing Jack the Ripper and getting a taste of the worse humanity had to offer, Thor still cared about humanity and CHOSE to lose so humanity could gain ponits and not get wiped out. My eyes welled up a bit lol. Also damn Adams death too. God, I just can't take strong characters sacrificing themselves for the greater good without welling up a bit especially when they add that damn music, I get a little embarassed by it.

Posts: 400
Registration date: 24th Jul 2016
Location: Location: Location:
Mr Robot has quite a few of these. I haven't started season 4 yet, but season 2 and 3 was FULL unexpected main character deaths. One particular caught me way off guard. MAJOR SPOILERS


Joanna Wellick was the wife of Tyrell Wellick, a major character, and she seemed to be a major player, working behind the scenes to set up crazy conspiracies to protect herself, and her baby, and she is QUITE cold blooded. She is killled by an ex lover in a fit of passion RIGHT in the middle of her planning something. That scene struck me the most, because unlike most of the major character deaths, this one comes out of nowhere, and doesn't drag out. Its very chaotic.
_______________________

Posts: 55
Registration date: 19th May 2013
Location: Canada
Mine was also spiderman, but from the into the spider-verse. Heck, his failed relationship with Mary Jane tugs my hearts strings.

Randomly Assembled
Bionicle Tales
Amongst the Stars
sorted tales
8 days ago, 3:49 AM #6
mightguy15

Posts: 2719
Registration date: 24th Sep 2018
Location: Imagination town
The only thing that sucks about getting invested into Marvel and DC characters to that extent is they usually fux it up and make them just come back to life.

I remember being a little emotional when superman died trying to defend Lois from Doomsday. I thought it was a little sad he died right in her arms. Then, they fucing made it to where he wasn't actually dead, he just ran out of sunlight and recharged and came back to "life" later....


DC is worse at this admittedly. Like, the whole Injustice story isn't really worth getting emotionally invested in...why would we give a shit about everyone who died knowing this takes place in an alternate universe? And they are a little bit difficult to take seriously sometimes.....dude.....Nightwing dying from a fucking rock??????? How am I supposed to not laugh at that????? And don't get me started on Batmans annoying son somehow accidentally killing like a quarter of the roster.

Don't even get me started on Batman. I hate Batman. Batman needs to die and stay dead. I won't even feel sorry for him. That asshole is responsible for his crappy villians killing so many people and still thinking they can be redemmed. Not to mention how he kills other villians like the owl, but spares the Joker all the time, it's obvious because the Joker is popular but god it makes batman look like an ass. I wish I could just punch him. 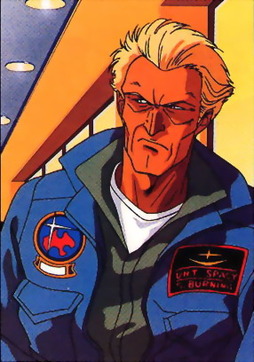 ok I wasn't sad per se, but the initial surprise knocked the wind outta me. Pretty obvious in hindsight, there was no way she was getting a shot (pun intended) at a better life after all the shit she pulled


My favorite player character at the start of the series was Mollymauk Tealeaf, and when he died it was absolutely devastating. I get that it’s a D&D live play show and shit happens but the way it happened and how unexpected it was was really shocking. (No build up to a big battle, just bad decisions and really REALLY bad roles. It hurt, man.)

I wept for the entire duration of the credits, then a few moments longer while the usher started clearing people out.
It genuinely felt like I had lost a real person- didn't shake that feeling completely for a couple of days. I think it's because Hugh Jackman got me into the x-men comics and while I wasn't crazy about a lot of the movies, I always had a soft spot for Hugh's portrayal of Wolverine. I mean he portrayed him on and off again for almost 20 years?

....Come to think of it I haven't watched or read anything to do with Wolverine since. It really is like the actual character died and that was that.

Luke falls through the ice and drowns I cried. He was the only one who was genuinely kind to Clementine. I didn't see it coming for some reason, I thought it was a fake-out where he survives no matter what choice you make. Turns out he dies no matter what choice you make! I was so desperate to save him that I bashed at the ice, and for that the game punished me by making Clementine fall in the water and watch his lifeless body float away :[ I lost interest in the series after that

I literally paused the game and looked up on my phone to see if I fucked up because I was so surprised by this one.
It really pissed me off in the moment because I actually know how to rescue people from that situation. I was yelling instructions at the both of them because the option to do the right thing was absent. Which in hindsight I'm still debating if this was a good choice or not. On one hand if you're playing as someone who wouldn't know what to do- why would you get the option to do the right thing? On the other hand, part of the whole theme of the game is to test out your survival instincts.

Basically lay down- spread your weight out on the ice and remember in water your legs are the engine and your arms are the rudder. KICK. (Also usually best to get out the way you came in because you know at least the ice behind you was able to carry your weight.)
_______________________

The only recent time I can think of was
Ned Chicane, from the adventure zone. While it could be darker and sadder at times, the podcast was usually so humorous and the characters had a really strong 'those three protagonists' dynamic. Up til that point, no main character of theirs had ever died during a campaign, despite some really close shaves (Magnus losing his body and being dragged literally back from death by Taako for one. Also a lot of temporary deaths.) And I think I just assumed it would never happen, because everyone needed a character, what would they do if someone's character died? Introduce a new one out of nowhere?

That's kind of what they did, but in a more fitting way. Clint started to play Arlo Thacker, a character who'd been around for a little bit already and was even already involved with the main characters' group, but had lost his mind. Once his mind was restored he was definitely ideal new main character material.

Ned's death didn't tear me up, but it was definitely really sad, because he was someone who'd made a lot of mistakes and was trying to fix them. But when Aubrey found out what he'd done all those years ago, she couldn't forgive him at first. Ned died taking a bullet for her girlfriend.
_______________________
Avatar by Shekets

Posts: 118
Registration date: 7th Jul 2014
Location: Somewhere cozy
A pretty recent anime death, so I'm spoilering it for anyone who didn't see it or is not watching Akudama Drive


The Brawler's death.
It was somewhat foreseeable, but the most shocking was the realization that

Posts: 492
Registration date: 6th Dec 2019
Location: Tangentville, New Jersey
I used to really be into the Night Watch books by Sergei Lukyanenko. But after they killed off my favorite character in a later book, the rest of the series just wasn't the same. I actually stopped reading them. I never even started the last book.

It wasn't just that she died; she was killed off in brutal fashion in a single sentence by a brand new character who wasn't even fully fleshed out yet. It would be like if Hermione Granger was one-shotted in a later Harry Potter book by a villain who was just introduced just to show how scary he was.

Oh and there was also these:


The bridge bunnies from Robotech. I never dreamed they'd off the cute noncombatant support characters who had been around since the first friggin' episode!

Still not over Shizuka in Queen's Blade. Especially the credit sequence for that episode...

Posts: 11
Registration date: 27th Oct 2020
Location: Delaware
Read a book called The Fire Sermon and the end felt like a punch to the gut. I still haven’t read the other books in the series because of it.
8 days ago, 9:30 PM #19
keltyzoid!

aw man i had a feeling he'd end up dying. i was surprised it didn't happen when he was reintroduced at the beginning of the game.


OP is about Mordin and god damn it i'm still sad about him. second post is about Thane, but that wasn't as sad and he was already dying anyway. i swear to christ, if anything happens to Grunt, Legion, or Garrus, i'm gonna lose my shit. my good, good ME2 boys. :((

then smelly Kaiden gets to survive his stupid robot injuries and gets multiple sappy dialogue sequences and a hero's sendoff, but Mordin dies and i immediately have to listen to Wrex talk about the time he killed his dad.
8 days ago, 9:46 PM #20
shastab24

Karabear Comics: superheroes with an LGBT focus
Next Page >
Forum > General discussion > getting blindsided by a character death
Pages: 1 2