Force your characters to fight each other. For fun.

This is collaborative competition in which the participants pit their original characters against each other in combat. Players exchange moves (in comic, written, animated, or illustrated form) until a victor is determined or the round ends. [Comicfury veterans might recognize this as a modified version of the Character Battles of yore.]

>Participating characters will be matched with an opponent in 1 v 1 combat. The victors of each round will advance to the next.
>Moves can take the form of comics, written pieces, animations, illustrations, or other creative works. This is not supposed to be stressful; scribbly, sketchy art is welcome and even encouraged.
>Each character must make a minimum of 1 and a maximum of 10 moves per round or they will be disqualified from the tournament.
>Each round will last a month. Round one will begin on January 20th.
>Victory will be determined based on either the events of the combat, the assessment of a judge (if the outcome of the combat is not conclusive or the competitors are in disagreement), or through automatic disqualification (if a move has not been made by the deadline).
>When the victor is determined by a judge (ie me), the judgement will be based on the creativity and quality (technical, artistic, and storytelling) of the moves, rather than on the raw stats of the characters.
>For the first round contestants will be matched based on their power level (as estimated based on their character sheet or applicant questions).
>The move order of opponents will be assigned at the beginning of each round (through random number generator) but opponents are free to flip the assigned move order if they are mutually in agreement.
>Each battle will take place in a unique arena with its own hazards and quirks. The arenas will be revealed and assigned at the beginning of round one (on on January 20th).
>Characters of all power levels are welcome to join. Note that competing with an extremely powerful character might be less fun, but the choice is yours. Its the creativity and quality of the moves that will be judged rather than the power of the characters.
>All powers, skills, tools, and weapons that your character uses in combat must be listed in their application. No sudden invulnerability to lava should be popping up mid battle. And no calling on outside help; during combat your character will have access to any items on their person and nothing more.
>Don't take liberties with the actions of your opponent's characters. It wouldn't be unreasonable to depict a speedy opponent dodging a blow your character attempts to deliver, but when it comes to the moves they make, that's in the hands of their creator.
>If there's disagreement over the fairness of a move bring it to the judge (me) for resolution.
>The object of this tournament is to have fun. Approach this as a collaboration and not just a competition.
>For pragmatic reasons, characters that lose their round, but that preform well may be entered into the following round (or their creator may be given the option to enter a different character).This is a long game and its highly likely that participants will drop out.
Players may also vote on this optional rule:
>Injuries that are sustained in the first round will carry over into later rounds, and expended resources will remain expended. [VOTE]

If you wish to participate in the tournament you must submit your character by January 20th. This can be done either by answering the applicant questions provided below, or by filing out a character sheet. In either case, please provide a visual reference of your character.

Stats: When assigning stats to your character use values from 1-5. There won't be any dice rolling in this tournament; the stats are included for matching purposes and so that players can accurately represent each other's characters.

Toughness: [1-5] (How much of a beating can your character take before they drop? This is like your character's health bar or hit points.)
Strength: [1-5] (How strong are they, and how hard can they hit?)
Dexterity: [1-5] (How well can they dodge? How skillful are they with their hands?)
Speed: [1-5] (How fast are they?)
Intelligence: [1-5] (How smart are they? How learned?)
Will: [1-5] (How courageous are they? And how stubborn? This stat is applied in cases of contested psychic abilities and mental fortitude.)
Charisma: [1-5] (Are they good with people? Can they lie convincingly?)

Powers and Abilities: (List any special powers that your character possess which go beyond what is natural in a human. Magic, superpowers, unusual physical abilities, etc, go here.)

Tools and Weapons: (List any potentially useful objects that your character has on their person. You don’t need to include, pocket change, keys, tissues, or other common and trivial objects. But if they’ve got lockpicks or a graphing hook, or a laser pistol, then this is where you should make note of it.)

Weaknesses: (List any potentially combat relevant weaknesses that your character has. Do they burst into flames when sunlight touches them? Include it. Do they have commitment issues? Don't.

Extra Notes: (If there’s information regarding your character that you think might become relevant in a fight but that doesn’t fit into any of the previous categories include it here.)

Visual Reference: (Provide a full visual reference of your character. It doesn't have to be pretty, but it needs to be clear enough that your parter can use it to draw your character.)
Character Sheet:

Several players are opting to create comics introducing their characters to the tournament.
This isn't required, nor will it count towards the outcome of the tournament...but it might be fun :)
Information can be found here.
20th Dec 2020, 5:53 AM #2
Tom Street

Posts: 4101
Registration date: 25th Oct 2012
That looks pretty good!
The only question I have is about Neecra's powers; can you explain what his mental powers are in a bit more detail? Is he telepathic? Telekenetic? Or are his mental powers something else?
20th Dec 2020, 9:50 AM #4
Tom Street

Powers and Abilities: Really strong for her size, but not inhumanly strong, and extremely flexible, knows 4 spells: Fireball, Block of Ice, Thunder and Barrier

Tools and Weapons: Has hidden blades on front and back of feet, knees, elbows, hands, her earrings are poisoned shuriken-like blades, hear hairband is a boomerang like blade, her belt buckle is also a throwing blade and she has a blade in her stomach she can "vomit" anytime.

Weaknesses: Relies mostly on dodging snd her speed of reaction and flexibility, but wouldn't be able to do much against extremely defensive opponent.

Posts: 4101
Registration date: 25th Oct 2012
@Tom Street: Oh, so you aren't sure what his mental powers are?
Even if you haven't figured out what his official powers are going to be in your comic, you should decide on some specific powers just for this tournament. Characters with telepathic powers can usually do one or more of the following: read minds (with or without consent), create telepathic links that allow silent communication across distances, and/or deal psychic damage. Do any of those sound right to you?

Posts: 2218
Registration date: 15th Jun 2016
Location: breaking into your house and stealing your dogs
YES WE'RE DOING ANOTHER ONE OF THESE?? I've still got my pages from the last time hehe. This was so fun!!!

Currently face down in a spilled, melted puddle of a 711 cherry slushie in a Denny's Parking Lot with the ruined remains of my Danny Phantom fanfiction just out of my grasp. I think I hear the whispers of the ghost boy laughing at me in the distance, but that may be the delirium.
20th Dec 2020, 10:50 AM #9
Jaycee Storm

Tools and Weapons: A gigantic sword and a miniature teleportation device.

Weaknesses: Can only use her spells three times each before running out of mana and is also very cocky and will most likely spend a good amount of time taunting her opponent. 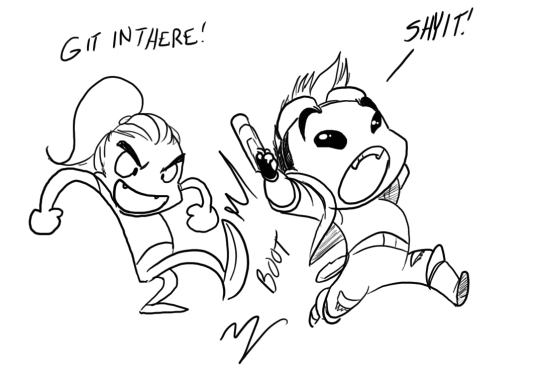 i'll be back with some stats! :D 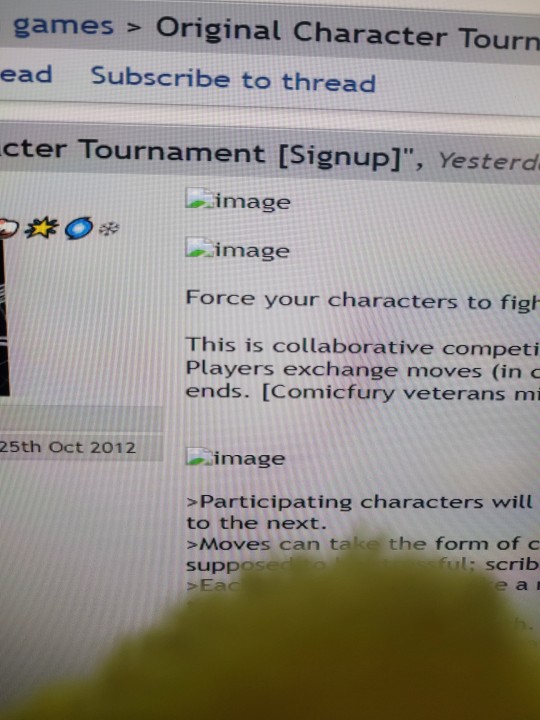 (please ignore the giant yellow muppet at the bottom.) 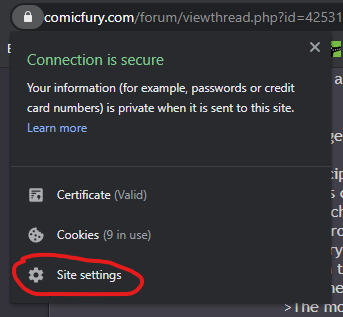 Then change this to allow... 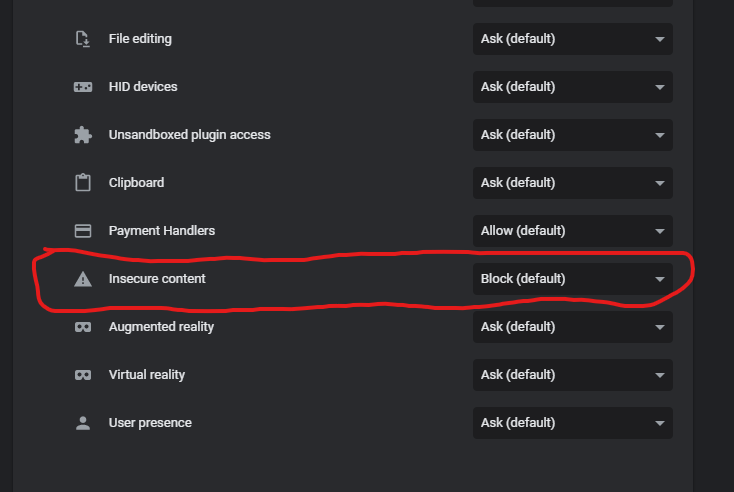 Currently face down in a spilled, melted puddle of a 711 cherry slushie in a Denny's Parking Lot with the ruined remains of my Danny Phantom fanfiction just out of my grasp. I think I hear the whispers of the ghost boy laughing at me in the distance, but that may be the delirium.
20th Dec 2020, 3:51 PM #17
JayyLyn

Then change this to allow...
Image

Also, I plan opn participating cause this looks fun, I just need to setup my stuffs. Here is her Character sheet! Lemme know if this works!

@Tom Street: Great! And you can always change your mind (right up until January 20th). 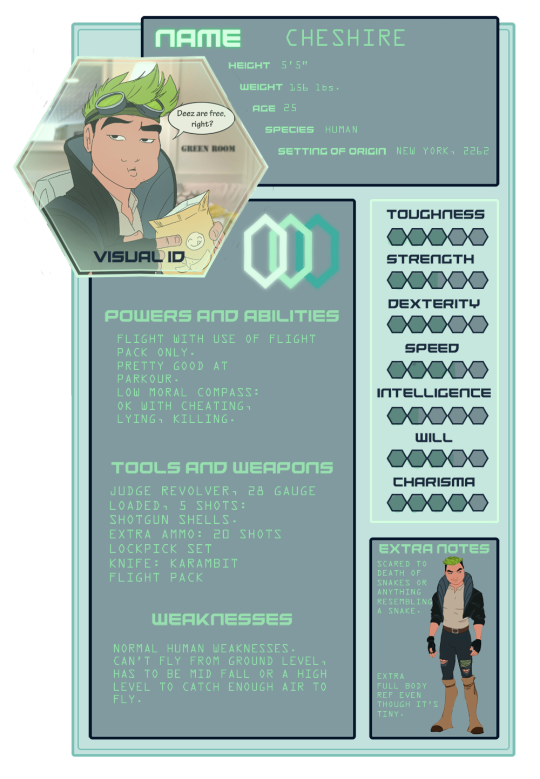 i'm adding an extra ref because it's tiny and he's hard to draw <:'D 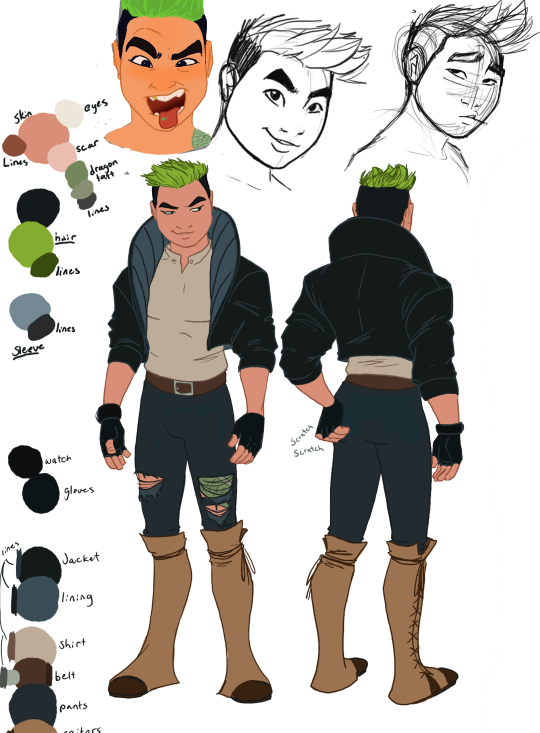