Land96 is a collaborative role-play comic in which players can, within reason, enter and leave the narrative. Think of it as something akin to Dungeons and Dragons without the dice rolls.

Basically, things go from 0-5 based on your character's abilities. For more details, just click the link. If you've seen or played Vivocateurs's Original Character Tournament, you know how this works

Land96 is a mysterious place where characters can suddenly appear and, in rare cases, disappear and this extends into its time-warped history. We have a number of Lore points planned out, and if you'd like one of your characters represented in these Lore points please contact one of us (Lord Myk, Komi the Lass, GanondorfMain7606) and we'll discuss where they would have been and what they might have been doing. This extends even to people who don't have an active character within the game, and can include any type of character from the most miniscule to actual cosmic deities.

These can range from simple allusions to minor helpful (or harmful) appearances.

QUICK QUESTIONS
Does my OC have to be from my comic?
No, as long as it's a character you created that's fine.

Is this going to be text-based, art-based, or both?
While we'd like for things to be keyed more towards art, we also realize sometimes it's more natural for an RP to unfold in other manners and we've taken some steps towards expediting that.

How often would this happen?
It would just unfold over time. You can introduce an OC at any point during the narrative, we only ask that you introduce your character in a natural way. In the same vein, if you must back out for a time please do that naturally, too. We can help you with this.

I'd like my OC to be involved but I don't have time to play.
We can help with that, just let us know.

We also have a site up for this.

PRE-GAME STUFF
The narrative proper begins on April 19th. All characters who've participated in the pre-game will automatically be there, but those who haven't yet will have find fun ways to introduce themselves. GanondorfMain7606, Komi the Lass, and I can help with that. In the meantime, here's some stuff:

Life is normal, or at least what passes for normal for your characters, and then it happens: without warning, they're whisked from their lives, even their worlds, and are deposited in a wooded clearing. The skies look tainted and attempts to go further than 100 yards from the center of the clearing are met by some sort of forcefield. This does include up and attempts to teleport, and those with either ability find them to be weakened.

All you can do for now is wait, and possibly plan, for when the forcefield weakens...

Posts: 328
Registration date: 28th Aug 2012
Location: Hell
Where We Should Have Done This (thread)

Where We Should Have Done This (comic) 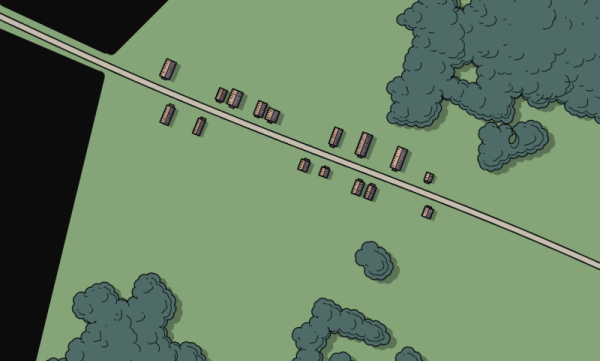 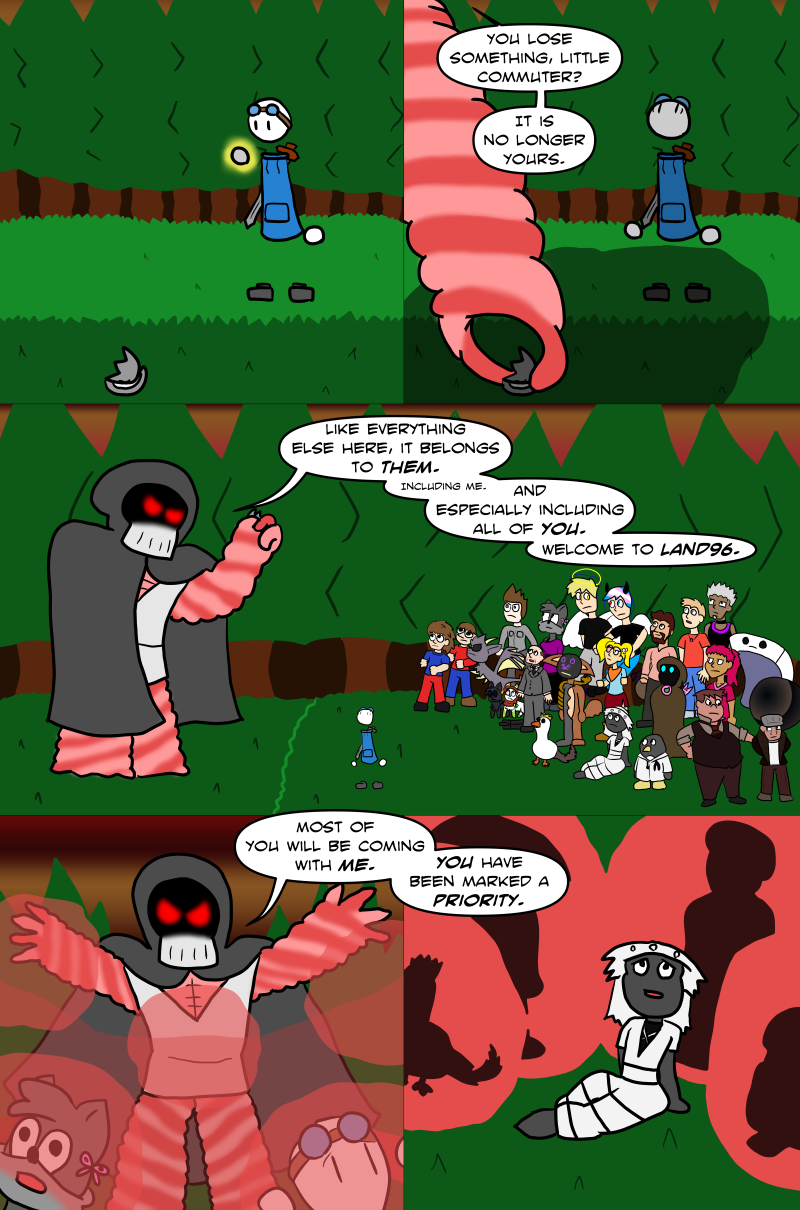 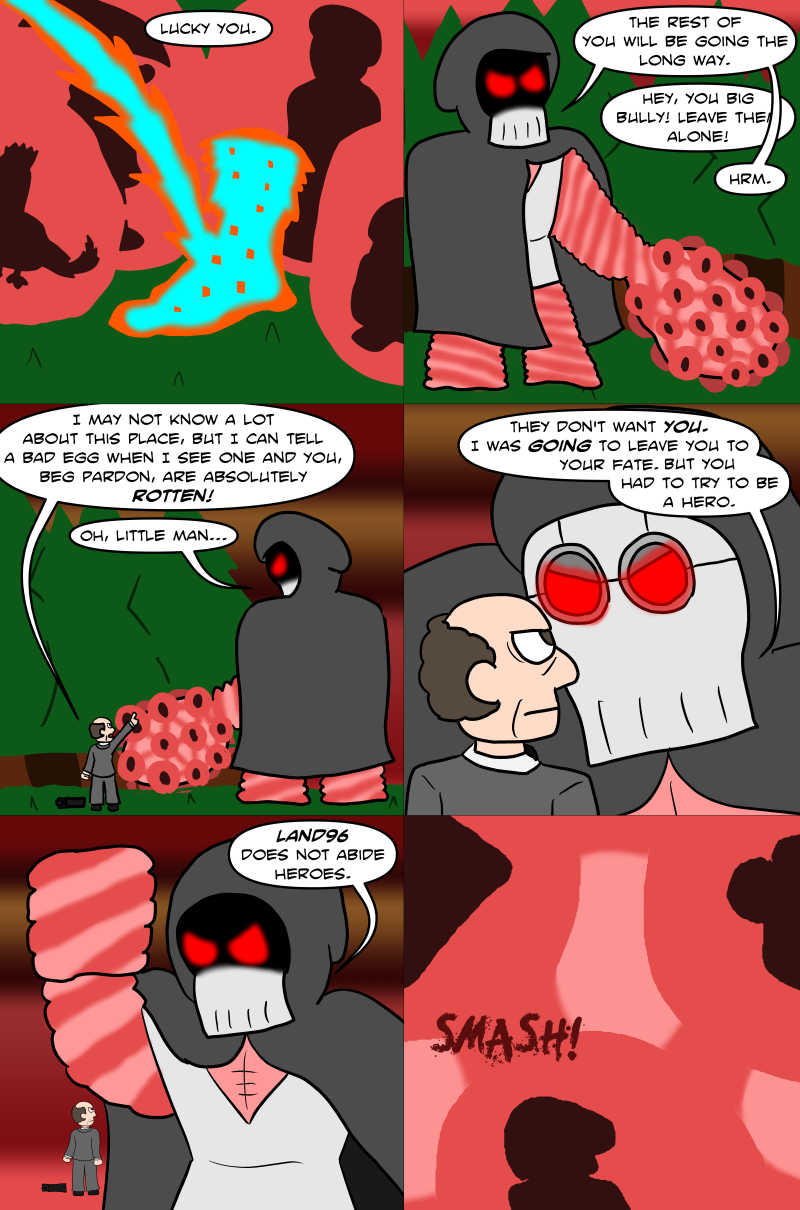 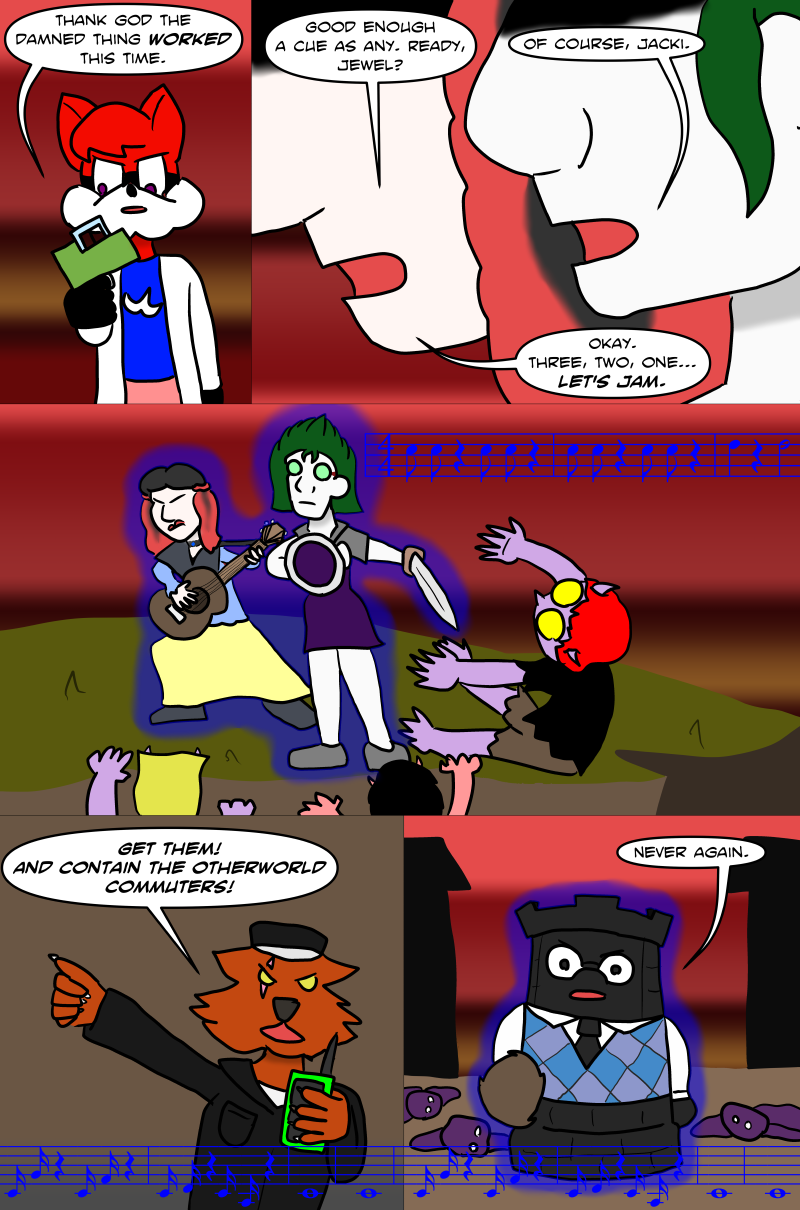 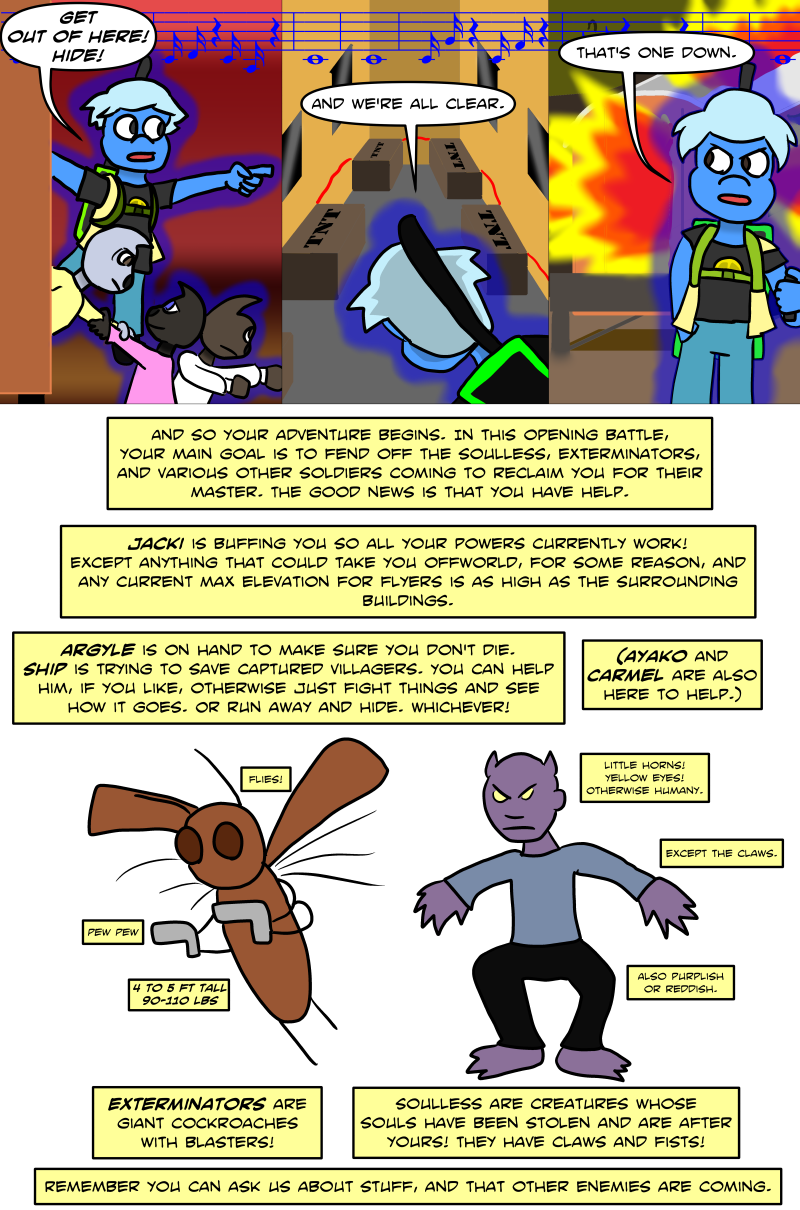 RP Comics in This Chapter 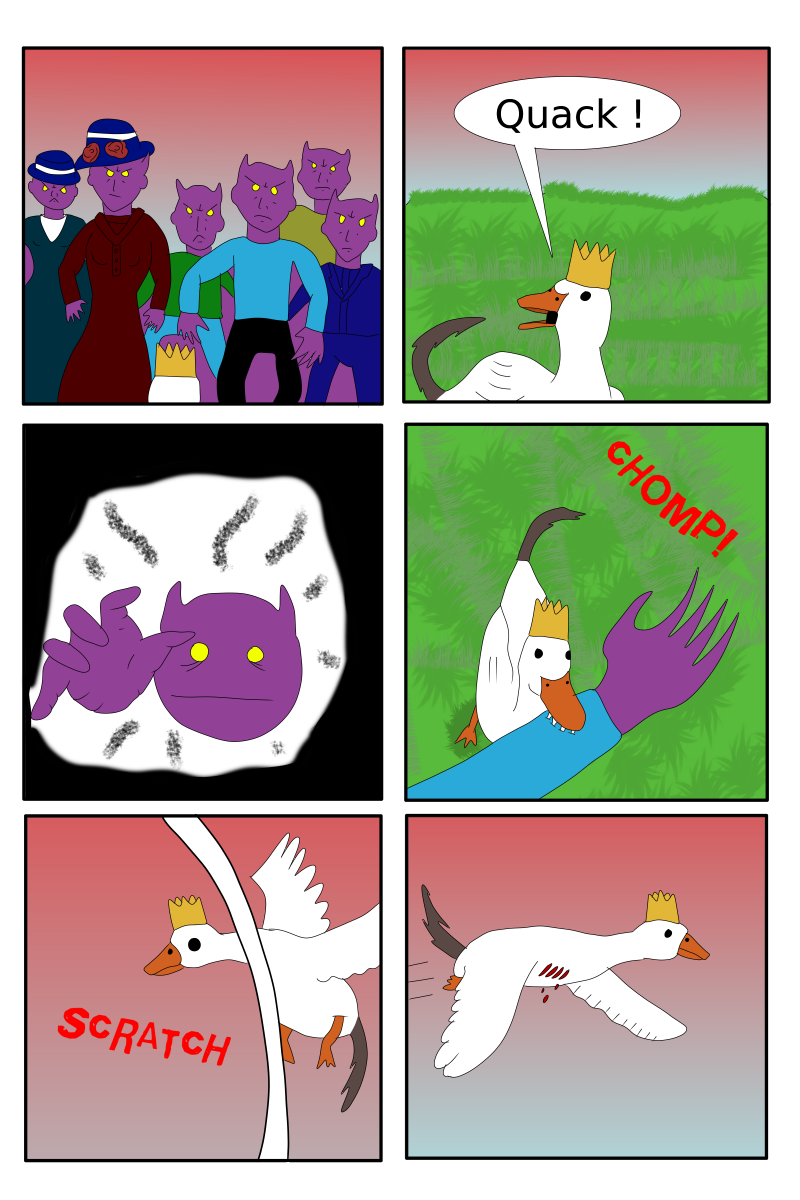 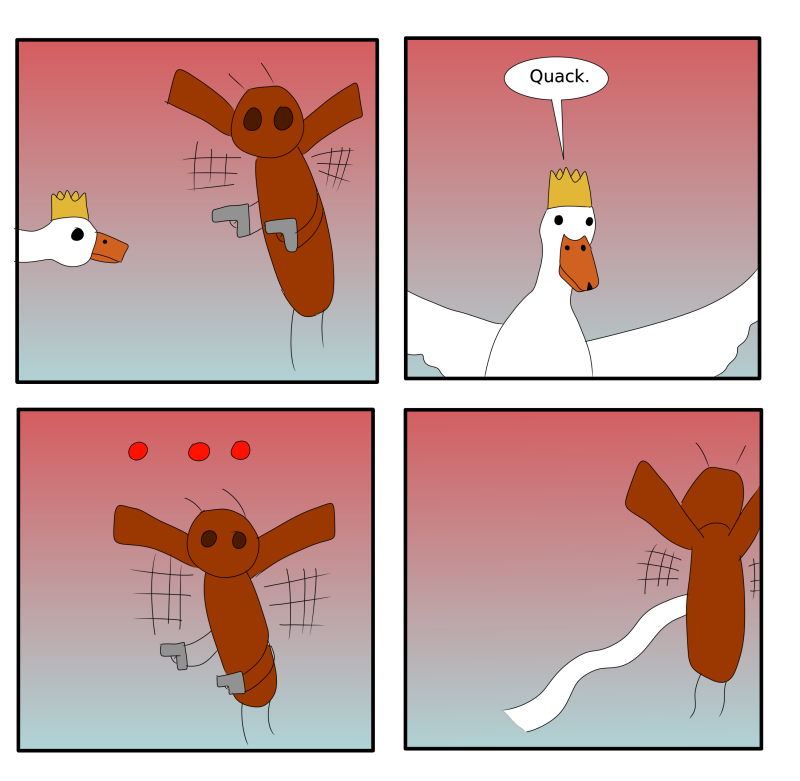 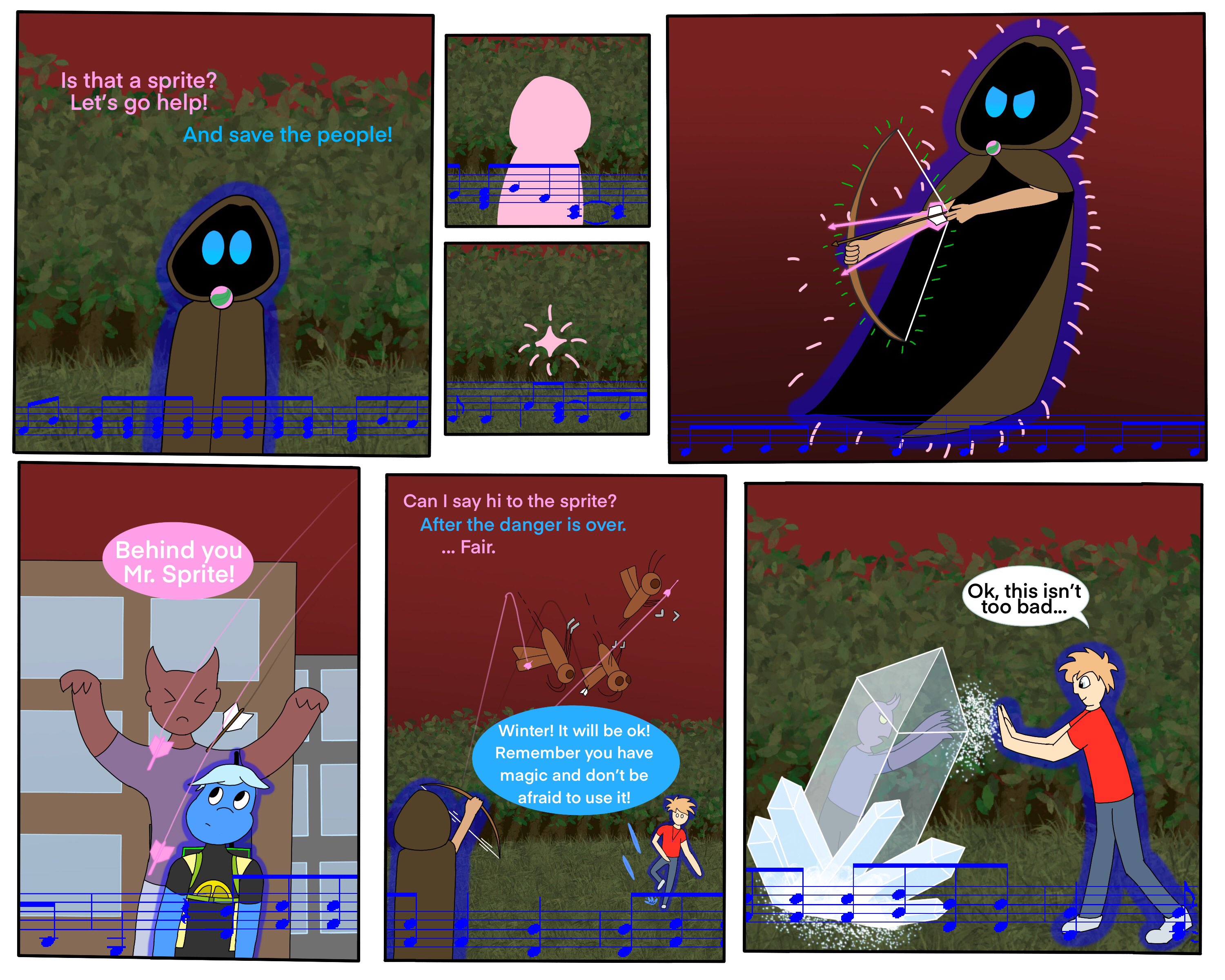 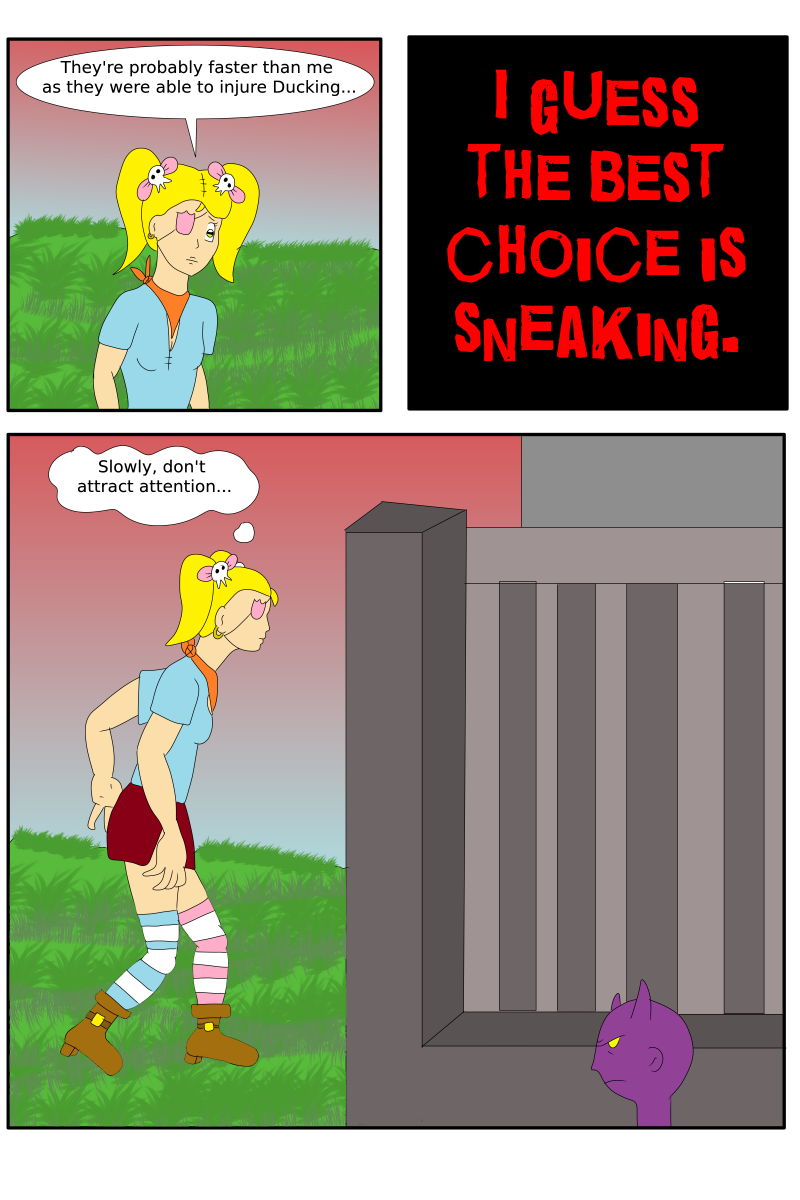 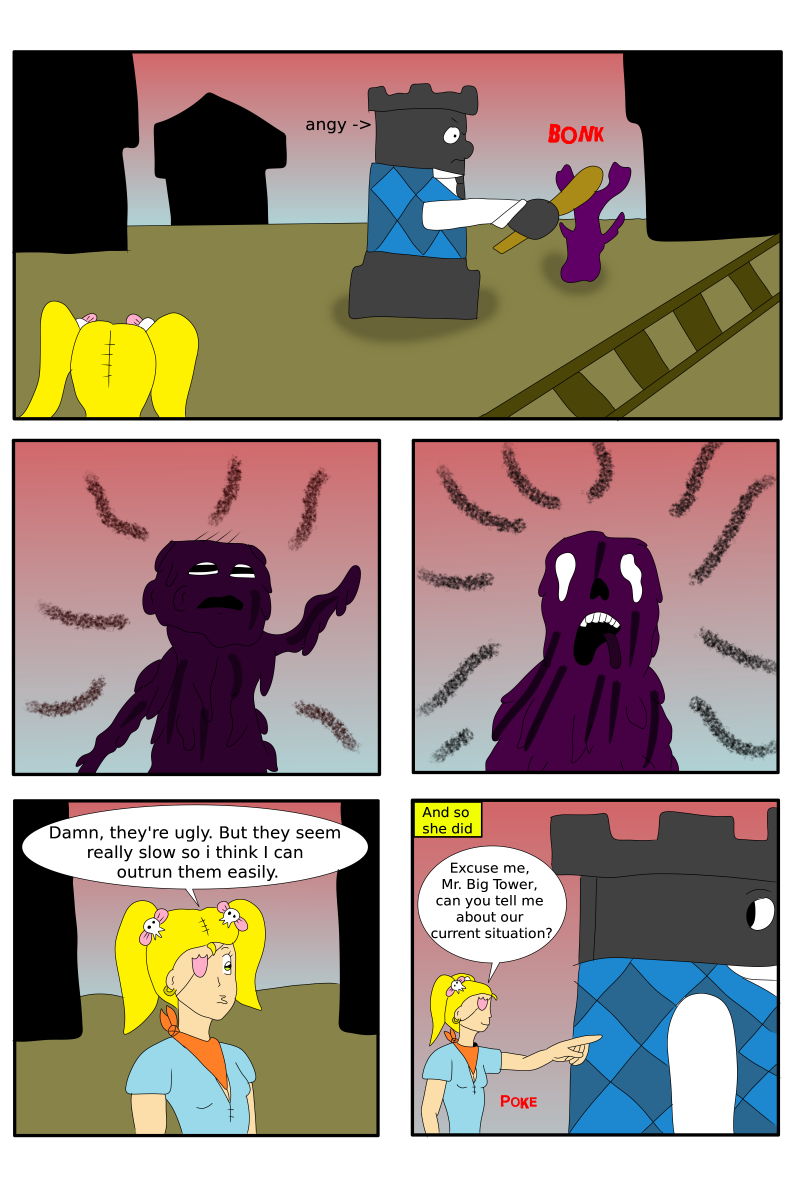 
EDIT:I'm going to make this extra information post with map and add more when I finally get good rest and get Argyle response out.


Who shot down plane (how),
those left blank had not been shot down yet.

My RP posts from original thread

Ship, noticing Soulless crouching from arrows behind him and Vaga in distance, turns around and gave Soulless an uppercut. “Not my soul today! Get lost!” as the Soulless went airborne before crashing back down. (This KOs Soulless anyway)

“Thanks so much! I’m Ship by the way!” Ship responds to Vaga telepathically as he goes back to deploying more explosives.


(Whenever the enemies get killed, they’ll dissolve, including their weapons but there would be small parts that OCs can use later for crafting)


(You may include in next page if you want to)

Argyle turns to see Alicja and tells Alicja to stay away from those and they’re extremely dangerous to fleshlings.

“Oh, I’m Argyle. You don’t want to touch those since you have flesh. They’re extremely dangerous. Just steer clear of those. We’re trying to save as many villagers as we can since they’re taking villagers away and I have to keep those... abominations away from villagers.” Argyle then saw an Exterminator trying to shoot Alicja and shielded her with his “hat” and told Exterminator not to shoot. “Hey, shouldn’t you shoot an unarmed lady?” Exterminator turned around and left. Argyle puts top back on. “Ma’am, let me do something quick.” He pulls out psychic lens and make a telekinetic barrier to cover Alicja from shots from other Exterminators. “You feel alright?”

Ori murders a bug and Mae asks Vaga a question. 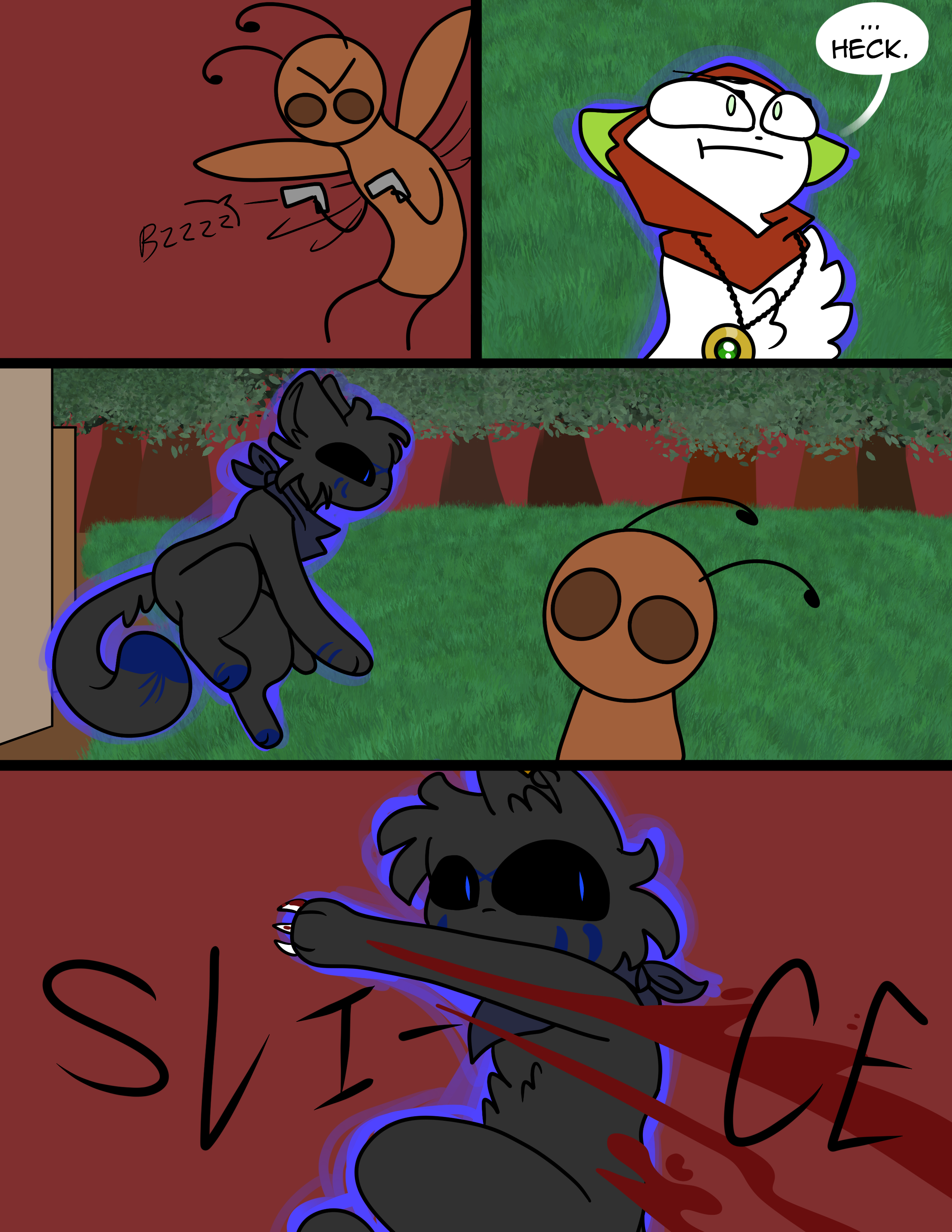 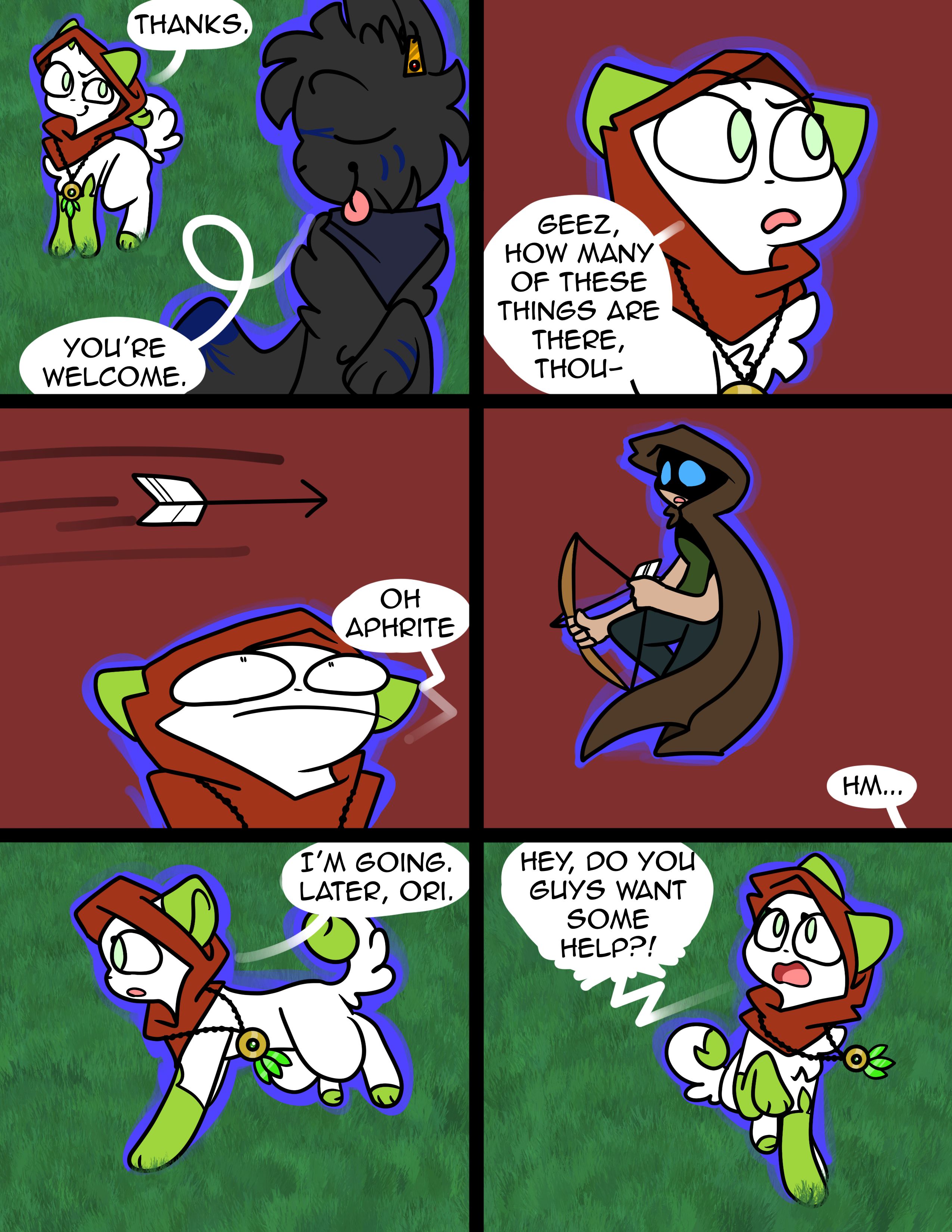 Posts: 1337
Registration date: 21st Sep 2020
Location: In 4th circle of physics hell
@Mango Cat Awww! I love to see them! Also, that should insta kill the Exterminator so that’s definitely 1HKO (or OHKO).


Also, to repeat, any foes that were killed would be dissolved alongside with their weapons and OCs may collect small parts for crafting later. Exterminator would leave one small part.
_______________________
Bones and the Space Jolly Rogers comics 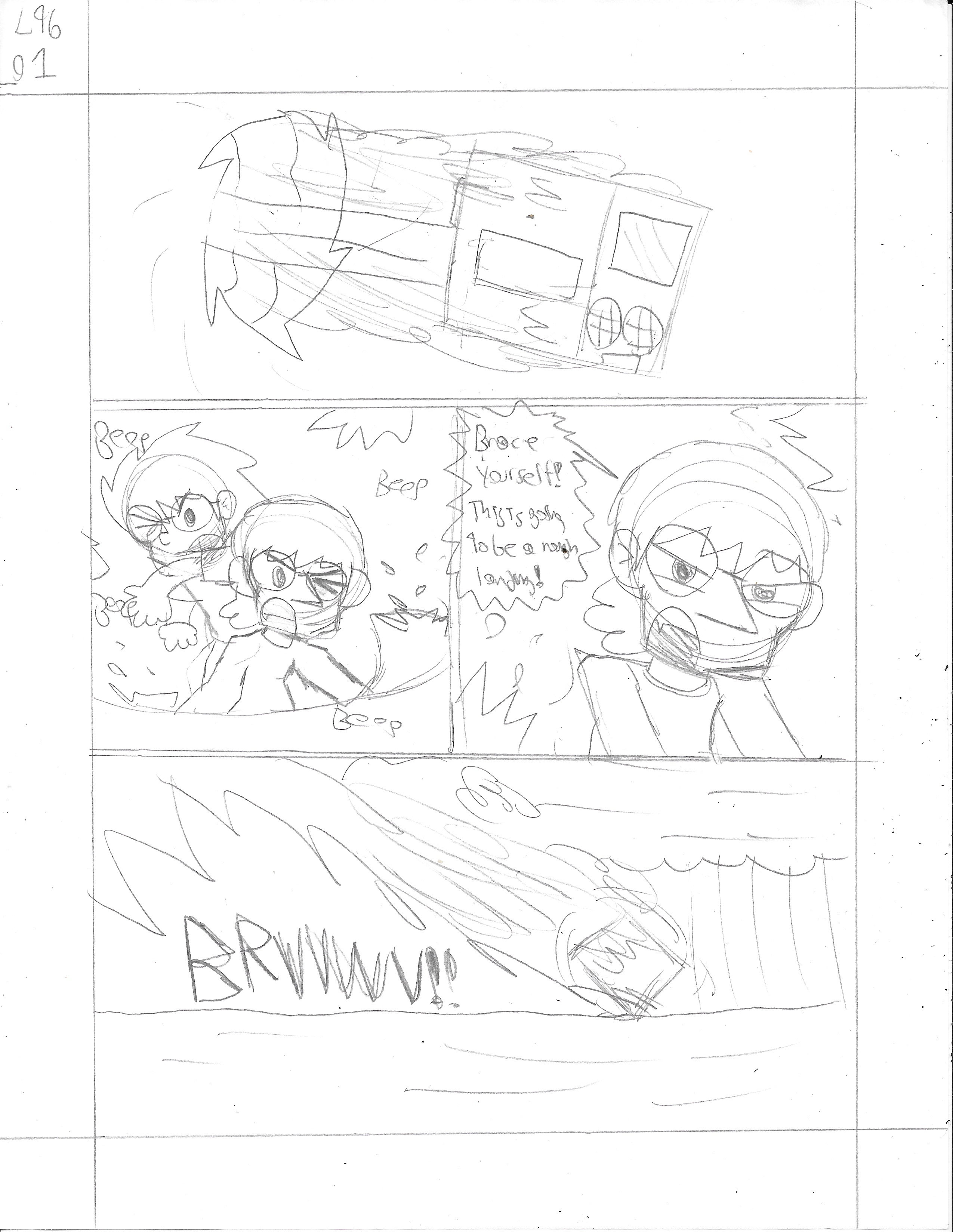 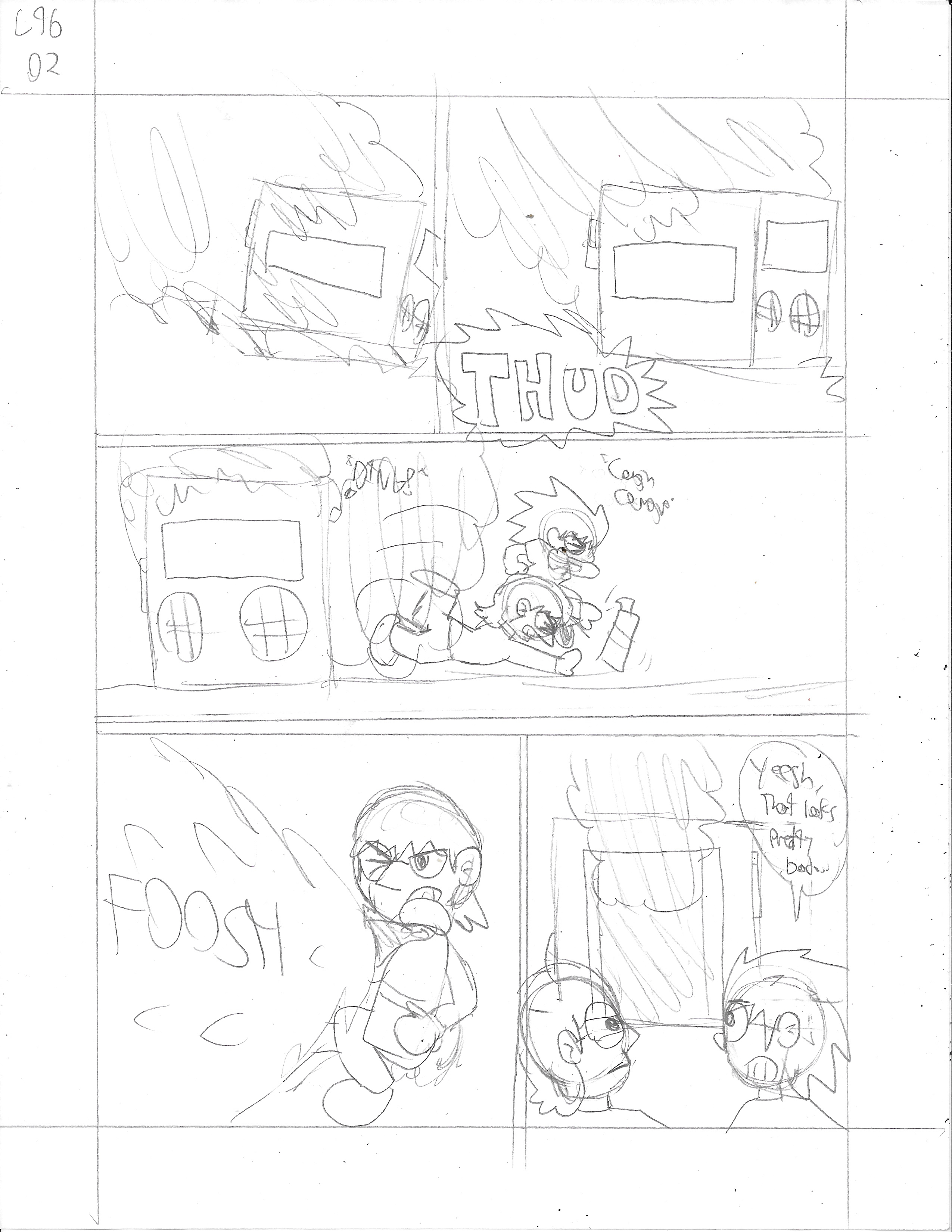 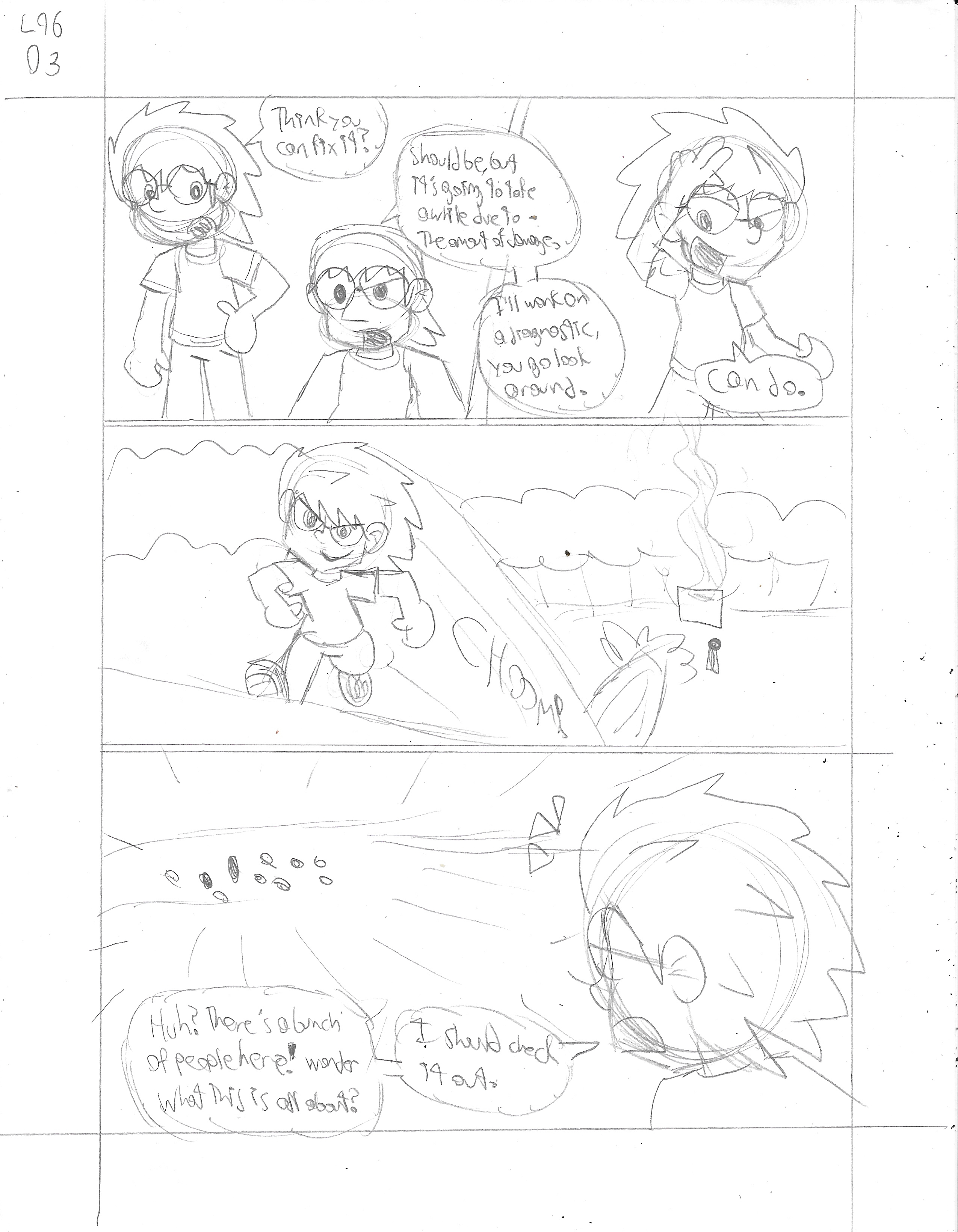 As to where the bros are currently, let's just pretend that they got separated from everyone else when they all got transported to the village, and that after dealing with their own little scuffle, they're on their way to help the others.
20th Apr 2021, 3:09 AM #12
GanondorfMain7606

Dr. Oil is such an adorable character!