Posts: 2728
Registration date: 7th Mar 2018
Location: Small SC Town
"There has always been a balance between good and evil. Where I go, that balance is DESTROYED!"
-Lord Garmadon

Most exchanges focus on the characters we consider "heroes". Characters with stronger moral backbones than chocolate eclairs. Characters that can often be found doing the right thing. Characters who are the star of the story.

This is not one of those exchanges.

This exchange, bring forth your foulest fiends, your evilest enemies, your darkest demons. This time, we're focusing on the Villains.

The Villains Exchange is a one-off Summer Exchange devised by Skybuilder and Executed by me, where the villains of the multiverse shuffle throughout the multiverse to team up against the forces of good, switch up against their nemeses, or just hang out together. Really, it's up to you. So summon your Lex Luthors, your Jason Voorheeses, your Hans Grubers, and your assorted other cad-bully-thief types, and unleash the wickedness upon the multiverse!

Now, there are some rules.
1. It's a CROSSOVER EXCHANGE. At least one character from your comic, at least one from theirs. Cameos appreciated, but the focus is your assignment.
2. RESPECT YOUR ASSIGNMENT. Don't be a jerk - you are NOT the villain today.
3. The Exchange is SFW. You can submit an NSFW comic, but let me know of the tags of the comic.
4. If requested, I can keep you from getting previous assignments, or assignments with tags you'd rather not work with.
5. This works like a Secret Santa. (Secret... Satan?) Keep your assignment a secret between us.
6. Signups will close at MIDNIGHT, June 30st. I'll be keeping track of the days until then. No late entries. Signups go out on the 1st of July.
7. Entries are due MIDGNIGHT, AUGUST 4th. I'll give you some time to work on late entries but you gotta provide proof before the fourth of August that you've been working.
8. I never thought I'd be saying this, but ONE comic per entrant. However, if you've got a comic already in the game, you can be a backup artist. Or, if you're pressed for time, you may be a backup artist. Those who don't have a comic in the exchange get priority when it comes to assigning backup artists.

NOW. How does one sign up?
1. List your comic. (LECTRO!)
2. List your tags. (Yellow V, Yellow L)
3. List tags you'd rather not work with (N, Red S) (OPTIONAL)
4. List previous assignments, if you don't want to risk getting a previous assignment (Pegasus Project, Tsokaka, The Adventures of Sir Power, Fantomah Rising, and Angels of the Fallen) (OPTIONAL)
5. Some villains, if you're so inclined. Mainly if your villains haven't made names for themselves on your pages. (OPTIONAL)

EDIT: 1. Zorgnox's Depository of Earth Sundries
2. Yellow VSL
3. Any tags are fine
4. Any comics are fine
5. I'd prefer to use Una for this (Una's powers are telekinesis and pyrokinesis, as well as those claws)

Immense superhuman intelligence, will and charisma.

His weapon has the small tip coated in poison, the weapon can rotate and be shot

Posts: 674
Registration date: 21st Feb 2020
Location: lost in the enigma of my mind
Nice lego reference jeremy thank you for your help with making my villain exchange idea.

also since I'm making the cover for the exchange can you please pm me with your villains on a transparent png background. 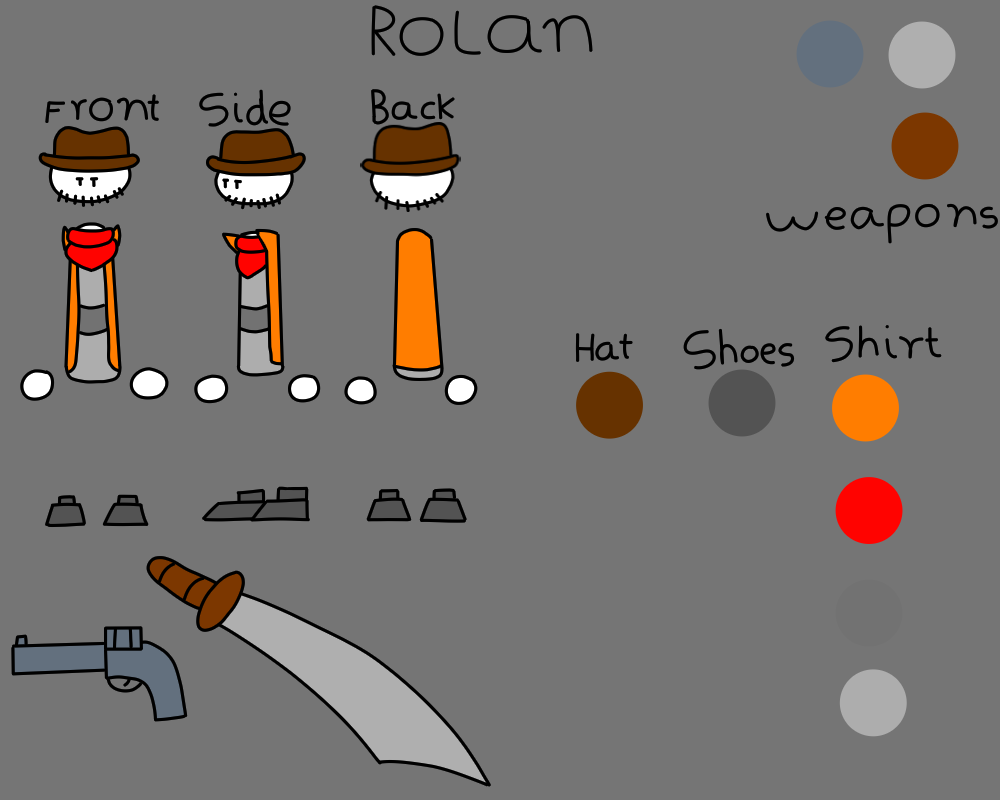 Posts: 469
Registration date: 29th Jan 2021
Location: Oregon
get ready for a Heap of info on this character, the comic he's from is still being planned(working title: Breaking the System) so yeah

He's currently after a Escaped Genetics experiment named Komi, currently working on that in the Portland Metro area

He's an Egoist, Narcissist and Xenophobic towards anything that isn't human
he also really loves looking at himself in the mirror
He also carries a revolver on him
_______________________ 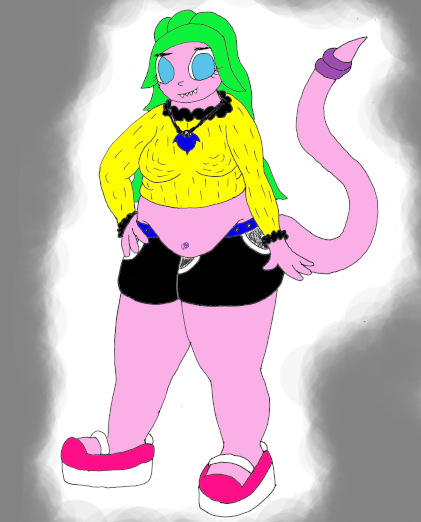 Here's a good cheat sheet for her as well if whoever gets mine is doing a more in-depth crossover:

Umella is basically a spoiled rich kid brat who is basically a foodie. She is equally into fine cuisine as she is with normal dishes. Whatever is tasty to her, basically, but she can be picky. She normally has slaves servants that do what she asks of. Not many people like her. She gets annoyed really easily and if pushed a bit too far she will inflict physical harm on people. She has eaten people's limbs to spite them before.

If you would like to see her in action, she comes in around the middle of Chapter 5 of Minimal.


Minimal has Yellow V and N and Red S and L.

I throw Now Hiring into the ring, has yellow V, L and S tags. Mob story, though my antagonists haven't had a lot of air time this early on.

I have no problem with any flags. I'll update this post with references after I'm home.

This is the first exchange Now Hiring has been in.

Aisel and Simeon are a pair, they work together. Aisel is a mob boss and Simeon is her right hand man, they're both ruthless and violence is always an option. Aisel makes the plans and Simeon makes sure they happen. Neither one of them is afraid of getting their hands dirty.
_______________________

It has yellow V, S, N and L tags, and I am OK with receiving all tags.
(Recent) past exchanges I did with Cryptida:
The Wide Ocean
The Adventures of Sir Power
Ashface's Daughter
Theatre of the Bloody Tongue
Pegasus Project
Kaza's Mate Gwenna
Pine Hill Creature Feature 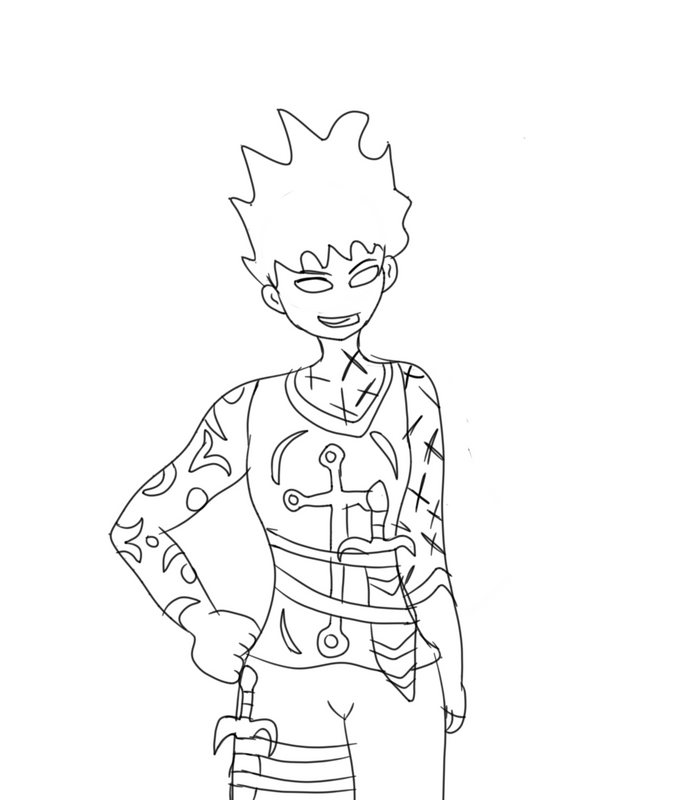 Posts: 1172
Registration date: 6th Dec 2019
Location: Tangentville, New Jersey
Okay, I'm in. Put me down for Tangentville. In that comic, "super hero" and "super villain" are like orientations. Suffice to say, there's a TON of villains to choose from.

If anyone needs a little help narrowing down that huge list, I suggest either Cold Front (since she's a fascinating character) or Buck Prime (who is irredeemably wicked). My pages are all tagged, so you can use the search function to find specific characters ^_~

Posts: 612
Registration date: 26th Jul 2016
Location: Auckland, New Zealand
Well, Cosmos has no real villains of note, so just this once I'm gonna throw my B-side comic into the ring:

And while there are any number of doofy villains running around the FS universe (throw some cameos in there, I dare you), I choose to inflict upon some poor fool the doofiest of them all - this guy! He's basically Invader Zim and Plankton from SpongeBob Squarepants all rolled into one, complete with sure-to-fail inventions! Although he's bigger than your average centipede, he's still not.... very large. Or very intmidating. Good luck with that one!

The Fight Squad is a bit more growed-up than Cosmos, but I'd still like to stay on the lower end of things in terms of flags and content ratings. And since I'm using a different comic this time, it doesn't really matter if I end up with a comic I've had before; so let's go for it!
24th Jun 2021, 1:00 AM #15
Jeremy7

Posts: 2728
Registration date: 7th Mar 2018
Location: Small SC Town
Signing up a specific villain is NOT MANDATORY. The creator assigned to your comic is able to use any villain you have in your comic - mentioning specific enemies is for the ease of finding villains.
_______________________

Posts: 1296
Registration date: 7th Nov 2009
Location: Durham, North Carolina
I'm always up for an exchnage with Kaza's Mate Gwenna. As for possible villians to use.
There's Nerlana the Serpent Sorceress
the poacher Mitchell
the alien Ro-Man
terrorist mastermind The Skull
mad scientist Professor Morag
One of the Skull's colleages (who's face is never shown)
The Omnitron Robots
The Vampire Van Horn Treefrog/Jessie Eldar
Frog-powered girl with a punk streak. Jessie is the daughter of the local newspaper emperor and a big metalhead. She does have a conscious, but petty crime is okay to her. Tesla/Nikolai Edison
Young electronics engineer with a Tesla Cannon prosthetic. He's a troublemaker and a star athlete. Comes off as a creep sometimes but means well. Nedshot/Ned Walters
Inspired by Ned Kelly. He uses a revolver gauntlet as a weapon, and covers himself in handmade armor. Leads the local small-time supervillains. Cactus Kelly/Kelly Walters
Nedshot's younger brother. Despite appearances, he is jovial and fun-loving. Tends to be the nicer of the two, but he does have a mean side. Iris and Lola Montez
Slenderman-esque twins girls and the local bullies. Lola is the one with the mouth, and is abrasive, sadistic, and loud. Iris is shy, reserved, and has telepathic powers. Emissionary Jounies
A firebending alien who was sent to scout Earth. She's wicked, sadistic, and would see to it that humans are crushed under her foot. Unrelated to the Montez sisters. Thundergator Seb
A reptile who can run fast. She's Jounies' sidekick and shares her sadistic streak, and is prone to anger. She uses her speed to wear down opponents.


Kokoneos:I just wanna say uber cool idea, can we do it next year too? ;A;

(None of my villains have enough screen time to apply haha)

If we do this next year, I will not be spearheading it. But I'll let anyone who wants to have a particularly menacing Spring or Summer Exchange step up and take charge - Skybuilder might be opposed to that but I doubt he will be.
_______________________