Posts: 1618
Registration date: 7th Jan 2015
Location: Oregon
^I haven't seen Ed yet. Have they finally released what they look like? 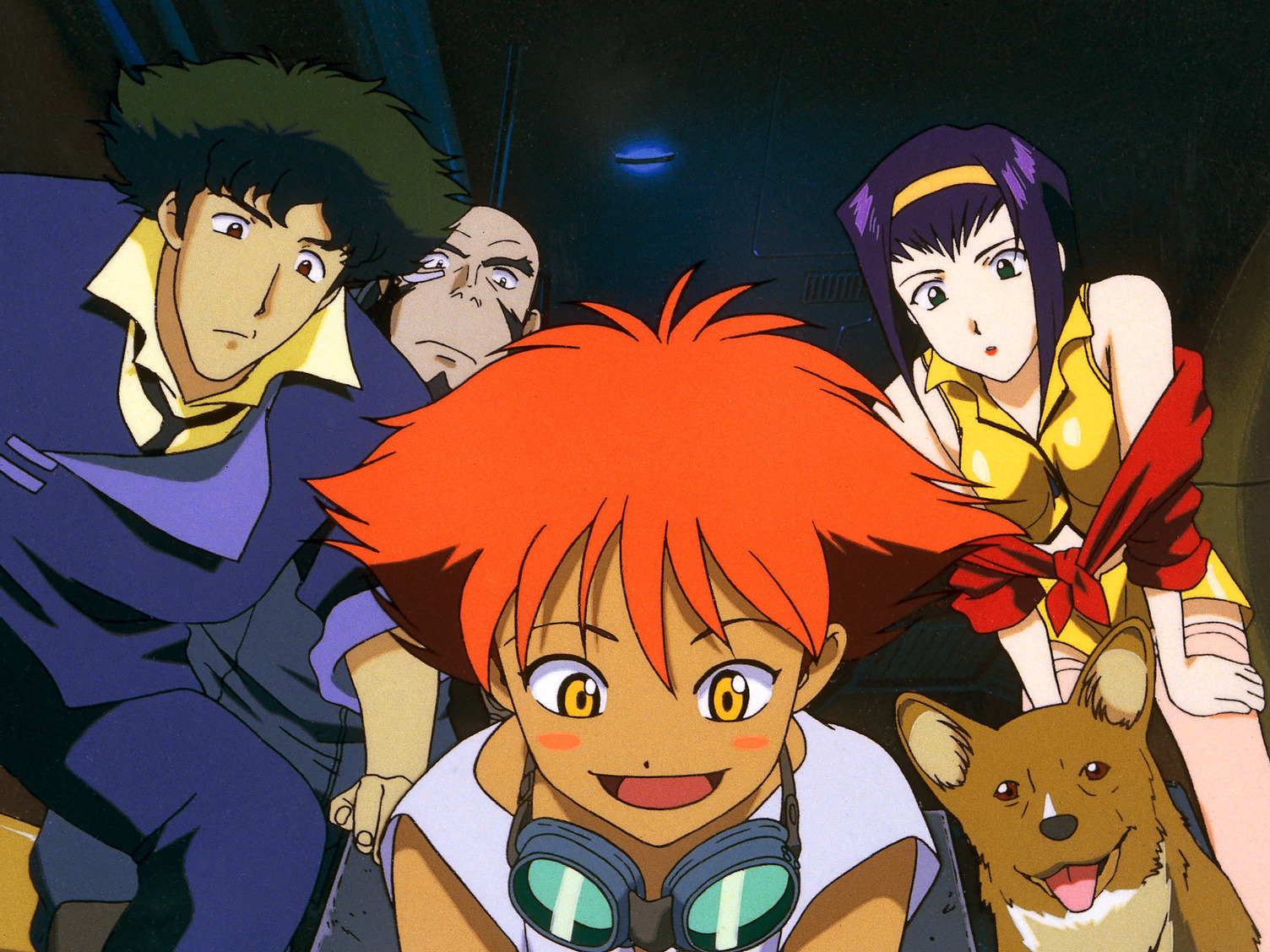 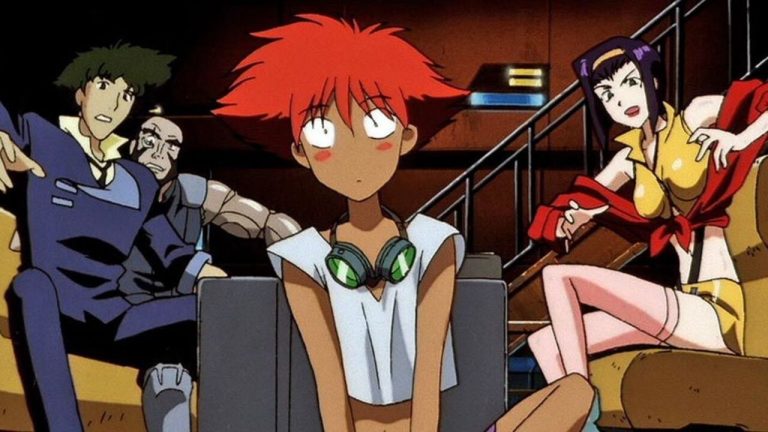 Live Action (I don't think I needed to label these XD) 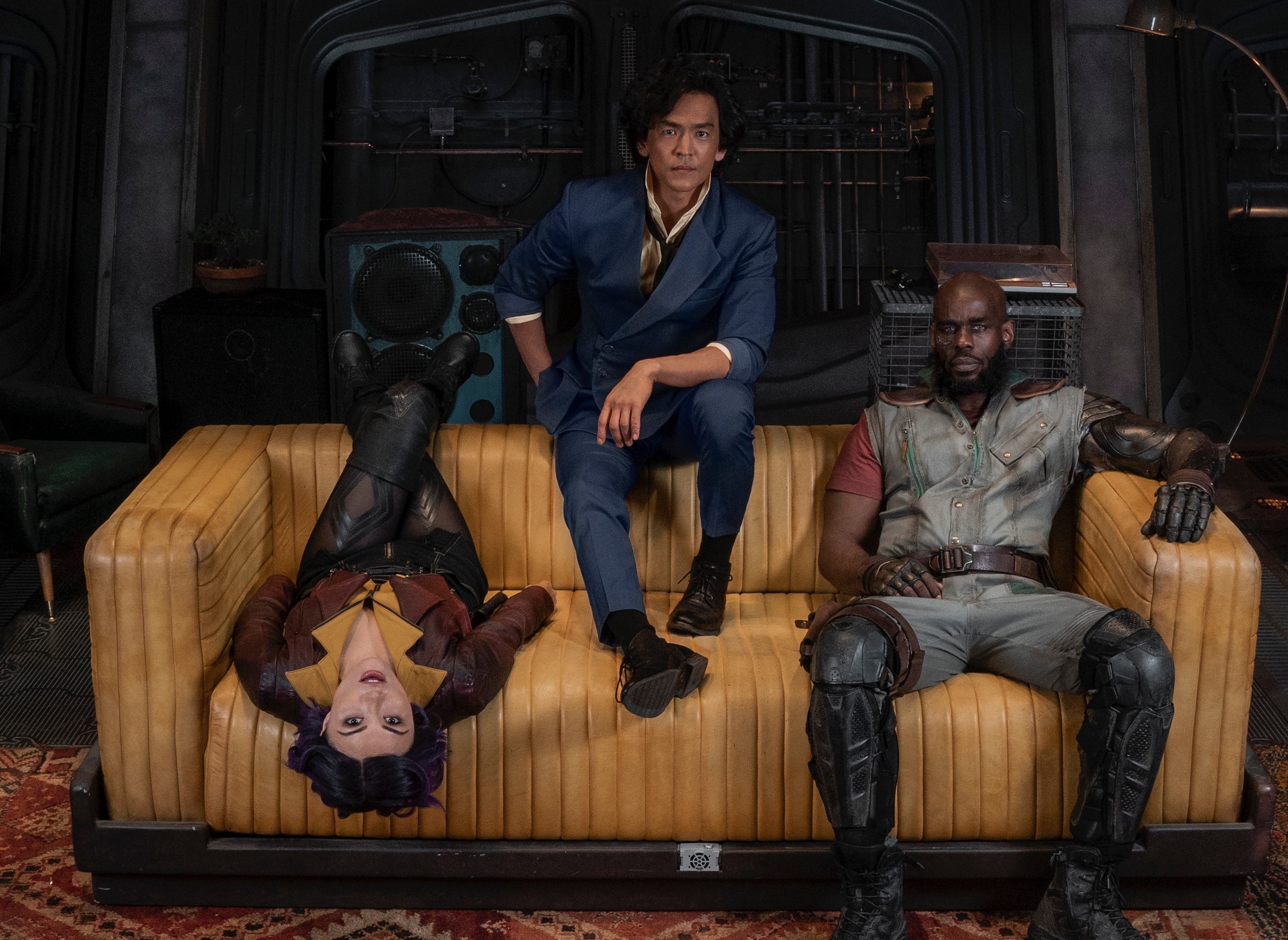 Posts: 376
Registration date: 7th Jul 2016
Location: Munich, Germany, Europe, Terra, Solar system, Orion spur, Milky Way, Local Group, Virgo Cluster, Laniakea Supercluster.
^- Yeah, the actors don't look super off, and if John Cho can pull off moving like a much younger man, it might be not super bad. (I don't care much about Jill Valentine's actress not being "sexy enough".)

But without Ed it's just a rather meh Sci-Fi story about bounty hunters in a spaceship, IMHO not even very interesting as an anime, quite less so in real form. And one entire season without Ed? There may not be a 2nd season.
19th Nov 2021, 10:41 PM #24
BlueDragon

Posts: 1618
Registration date: 7th Jan 2015
Location: Oregon
I think they're gonna have Ed, they just weren't introduced until like Episode 9...so maybe they're holding off on a reveal for that reason?

Anyone wanna see the kid as Homsar from Homestar Runner? Guy's a total weirdo, but you're right, he's cringe but in a good way like 2000's music....Early 2000's. Or Tik Tok. you can't escape its suckage, and the same goes for new Simpsons.

Treehouse of Horror IX-XII anybody?

Posts: 366
Registration date: 12th Sep 2021
Location: The void of space
Yes, I know original anime Ed was cringy, but they were cringy in an endearing way. They are just a kid, after all.

Posts: 73
Registration date: 20th Apr 2019
hey, don't sweat it. I find a lot of anime Can be Corny and Camp. KOFF KOFF INUYASHA

I for one have always wanted to do a Mel Brooks Austin Powers and Lesley Neilson Parody of anime!

more than 10 years and I still haven't made the dream a reality. they served as my first animations I ever made. Parody makes sure things don't get stale. I can't stand by and let anime churn the way it's going. I love anime. and As Brooks has stated:

Only parody things you love.

Otherwise you get something Crass.

In Ed's case, yeah. Cringe but Endearing. like How Optimus Prime was endearing but scary. when The guy who voiced Prime was going to voice the character, he was told by his father that he should sound like his brother, who was in the army. someone who wasn't merely PRETENDING to be the good guys like Dirty Harry and people in the Alamo. A real hero. if this has inspired anybody.... please tell me. and how it did.

Ed's voice star must have gotten a good pay check from the English Dub. I remember the first exposure to Cowboy Bebop was the movie I rented from a Brick and Morter, and it was Japanese, with subs.


Kudos if you get the Kid Right, Netflix!

Posts: 2647
Registration date: 4th Sep 2016
Location: Ireland
Yeah, I watched an episode and a half and it's not great. Probably didn't help that I just rewatched the original lately.

Posts: 508
Registration date: 29th May 2020
Location: USA
I went and binged the whole thing.
I actually loved it!
Its familiar enough that it feels like its part of the same universe, but different enough that I wasn't bored due to knowing what's gonna happen next, because the plot went of in a different direction completely at one point.
12 days ago, 5:37 AM #31
Jason Moon

it's bad but not bad enough

edit: oh yeah I forgot--it reminds me of Batman and Robin, cynically existing only to cash in on our nostalgia

Posts: 1618
Registration date: 7th Jan 2015
Location: Oregon
^Space Dandy was delightful. It is pure madcap insanity, and I loved just about every minute of it.

Posts: 508
Registration date: 29th May 2020
Location: USA
The zombie episode of Space Dandy is probably my favorite. That and the multiverse one.
10 days ago, 9:51 PM #35
MisterParadigm

Posts: 756
Registration date: 30th May 2012
Location: Indianapolis
I've watched the whole thing. I posted an extended official review at the link below, if you'd like to check it out. I'm a life-long fan of the original anime, and y'all know that I write, illustrate, and animate. I'm also a 2D animation professor, so I'll offer some bit of credentials, there, and I teach storytelling for television and film.

Posts: 508
Registration date: 29th May 2020
Location: USA
That kind of came off as "I have background in animation, blah blah blah! So my opinion holds more weight!" or some shit.
Probably not how you meant to sound, but that is how it came across. At least to me.

Posts: 508
Registration date: 29th May 2020
Location: USA
Well they don't treat Gren as poorly as the anime did. Honestly, live action Gren is kinda low-key badass. Annie gets treated far better too for that matter.
10 days ago, 10:47 PM #40
jampack

Posts: 131
Registration date: 8th Dec 2018
^ cool review. I agree with most of it, it’s what I expected from the show to be honest so I wasn’t surprised. Don’t agree with the lesbian/trans thing being an issue of “superficially”, I don’t know why people single out that kind of change versus many other things. Other than that I agree especially on the character motivations and behavior, the main character arcs are very subtle and played close to chest in the anime. The live action show is a different beast entirely , which is fine but it just doesn’t work in this instance.
Next Page >
Forum > General discussion > Cowboy Bebop - Live action adaptation
Pages: 1 2 3