I can explain
Pronouns: He/Him

At least in the old days, you got different types of game on console or PC. Early PCs had worse sprite handling, often lower color depth, but sometimes better resolution, and storage on floppy or hard disks was slower but larger than cartridge ROMs. So PCs gravitated towards strategy games, more detailed simulations, more in-depth RPGs, while consoles gravitated towards platformers, brawlers, fighting games. Input devices affected this as well - mouse+keyboard is precise aiming, lots of potential buttons, but a twin-stick controller offers more ergonomic combos and four axes of analog movement. The indie scene is also vastly larger on PC, but first-party games are still often locked away on console.

But the differences are blurring more and more. Want to game on a big TV and a controller from your couch? Steam in-house streaming, or a dedicated PC in BPM, will do that, and most PC games support controllers now. But more and more PC-bound games are seeing console releases. Big beefy RPGs, twitchy shooters, oddball indies, all come out on console. And while Microsoft always dabbled in PC ports, now Sony is doing it too, sometimes, so the only stickler for exclusives is Nintendo.

Posts: 114
Registration date: 2nd Sep 2021
Location: In a land you shall never know of hahaha
Pronouns: She/her
Console, specifically because my computer is too weak to play pc games without lagging or dying. Personally I think PC is less accessible because some have a weak PC
_______________________

Posts: 81
Registration date: 12th May 2022
Consoles for racing and sports games, but PCs for RTS, FPS, and RPGs.

I also play around with 3D rendering tools and experiment with mods...so yeah, I lean towards PC. 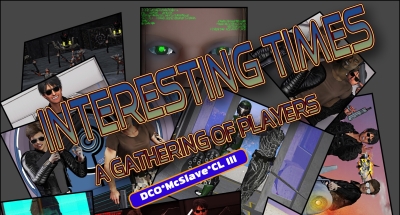 Posts: 738
Registration date: 1st Apr 2011
Location: Dairy State
Newer consoles took on the worst aspects of PC gaming over the last 15 years (constant updates, day-one patches, etc.), so if I ever get a new gaming machine I'll just get a PC. At least with PCs there's the whole modding scene behind it making the games on it more customizable, plus if a game works better with a controller it's easier to pair one now than it was when I first started playing PC games (the only options back then were joysticks or those Gravis gamepads that were debatable in quality).
_______________________
Currently active comics:

Posts: 793
Registration date: 29th Oct 2017
Location: Northern California
I have a good computer. Online play is free. There's an enormous amount of games available. There's really no reason for me to not prefer PC these days.
That said, it's hard to beat the handheld experience of an Gameboy modded with backlight.
_______________________

Posts: 62
Registration date: 29th Nov 2021
Location: Milky Way
Here’s my actual opinion: the pc is best unless I can port it to wii (I played Riven on Wii. It never had an official wii port but I don’t need that)
One week ago, 6:32 PM #19
elektro

Posts: 305
Registration date: 9th Feb 2020
Location: Behind you
Pronouns: she/her
Ideally I'd love to be a PC user, but that doesn't mean I'm against playing with other means. Right now I only have a Switch, and given Nintendo is the only one of the 3 that doesn't put their exclusives on PCs after a while, it feels good playing games I couldn't play anywhere else, in the method they intended it to be played. Legally, anyway. Nintendo sucks hard with making their games inaccessible, for the sole reason of maybe reselling those games again decades later.

no i will not put down the gun >:ccccc
Forum > General discussion > Gaming wars! PC Vs Console
Pages: 1