Forum > Webcomic & Art discussion > Aliens find our remains thread [now with sane title length]
Pages: 1
"Life on earth ends and aliens, thousands of years later, discover earth and want to learn about what happened on it. What are things do you think they would find out and what would you want them to find out?", 12 days ago, 9:26 PM #1
mightguy15

Posts: 3745
Registration date: 24th Sep 2018
Location: Imagination town
Life on earth ends and aliens, thousands of years later, discover earth and want to learn about what happened on it. What are things do you think they would find out and what would you want them to find out?

Legitimately curious (and by curious I mean I'm having another story idea XD).

may attempt to spook you
Pronouns: any

Posts: 379
Registration date: 5th Dec 2019
Pronouns: any
I'd like them to find all different kinds of art ideally, but

In the right place, all the time

I can explain
Pronouns: He/Him

Posts: 4218
Registration date: 18th May 2011
Location: Sol 3, Milky Way Galaxy, Laniakea Supercluster
Pronouns: He/Him
After thousands of years, what will be left of us?

It will be fairly evident that an advanced species lived here. The ring of satellites in the geostationary belt will be quick evidence of that. Even after millennia, those will only have drifted so far, and they're an obvious thing to look for. Lower satellites will be long gone, no Hubble or ISS, probably even the GPS constellation will be gone, but all the comms sats in geostationary orbit will be more or less still there.

Nuclear waste would be another obvious sign. Those isotopes aren't natural, and some of them last millions of years. And we're deliberately putting them in places where they'll be stable and unmolested. It's not that easy to find, but if they do stumble across it, it's an unambiguous sign. And with relatively simple instruments, they could probably pick up the fallout of nuclear weapons, though I'm not 100% sure they'd still be recognizably artificial by that point.

Plastics are also pretty long-lasting. Not quite as bad as some fear, but still easy to stumble over, and pretty clearly artificial. Some ceramics are also likely to last that long - our sewage infrastructure is built to last, because nobody wants to be the one replacing it.

If it's only a few millennia, there's likely to be some ruins. The great dams aren't going to still be standing, but the remnants will be there. The open-pit mines will not have been filled in. Some of the larger metal works might remain - heavy iron engine blocks will take a very long time to rust, especially those in the desert. Look at artificial reefs made by sinking battleships and tanks and other military hardware - literally immersed in saltwater, still haven't corroded away. Those will be gone within a few centuries, probably, but stuff like the Arizona Aircraft Boneyard will last quite a lot longer, at least in pieces.

After thousands of years, I'm not sure what exactly will remain of our records, our writing and media. It takes some very special conditions for those to last a thousand years... but on the other hand, we do have a LOT of it, and we've got piles of ten-thousand-year-old Mesopotamian and Egyptian writing. 0.001% times an unfathomably large number is still a LOT. So if the aliens realize there was an intelligent species here, and start some serious archeology, they'll probably find a lot.

What they'll mostly find, judging from our own archeology, is fairly boring stuff. A lot of accounting ledgers, a lot of tax paperwork, a lot of boring legal documents. Probably a fair few religious texts - with a billion bibles printed, surely some will be among the survivors - but everything else will be a crapshoot. I would not expect them to have that great an understanding of our actual daily lives, or to recover a lot of our fiction in useful form. (Consider: Ancient Greece was only a few thousand years ago, and our culture directly descends from them, but we've lost the majority of their dramas and comedies. With zero effort ongoing to preserve them, our own media will likely fare even worse.)

Posts: 30
Registration date: 28th Apr 2021
Location: Among the stars where I belong
There must be some kind of way out of here... 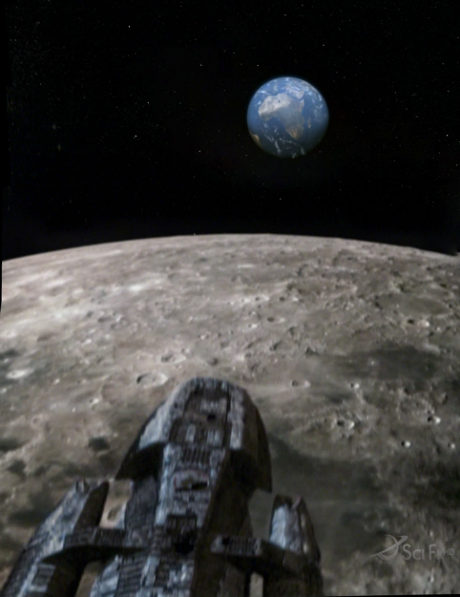 Posts: 683
Registration date: 4th Mar 2020
Location: Aeolia, Faelumbre
Pronouns: She/Her
There's a really cool video on ancient civilizations that basically sums up what Gman already said: the artificial long lasting materials and ruins would last, but everything else would depend on luck. Even more so after millenia, considering we don't know for sure if anyone preceded humanity and don't *have* a way to know, there are several spots of Earth that would not show any signs that we ever lived in there by the time the sun starts getting too close for comfort.

It's messed up to think that a lot won't last a thousand years, let alone 10k or more. Someone's stone art projects have a higher chance of survival than a magnificent concrete sculpture. Neither is more important than the other, but because our frame of reference is so short, it feels off.
_______________________