Rot is an extant form of life.

Finnis is human. But not for much longer.

Depressed, isolated, and disillusioned with life, Finnis spends his time just putting in the days at school and work.
When a chronic pain flareup concludes with the revelation he is not and never has been human
he is forced to abandon his former life and begin his requisite foray into the hidden world of the fae.

It's all very glamorous. But probably not in the way you're thinking.

A story about being alone in a crowd, and what it means to be really, truly human.

I've been updating my ComicFury comic for a little while but never posted on the forums before. As an introduction, I'm Amanda (she/her) and I write and illustrate Fruit Rot: a comic about a changeling who is brought back to the fae court! 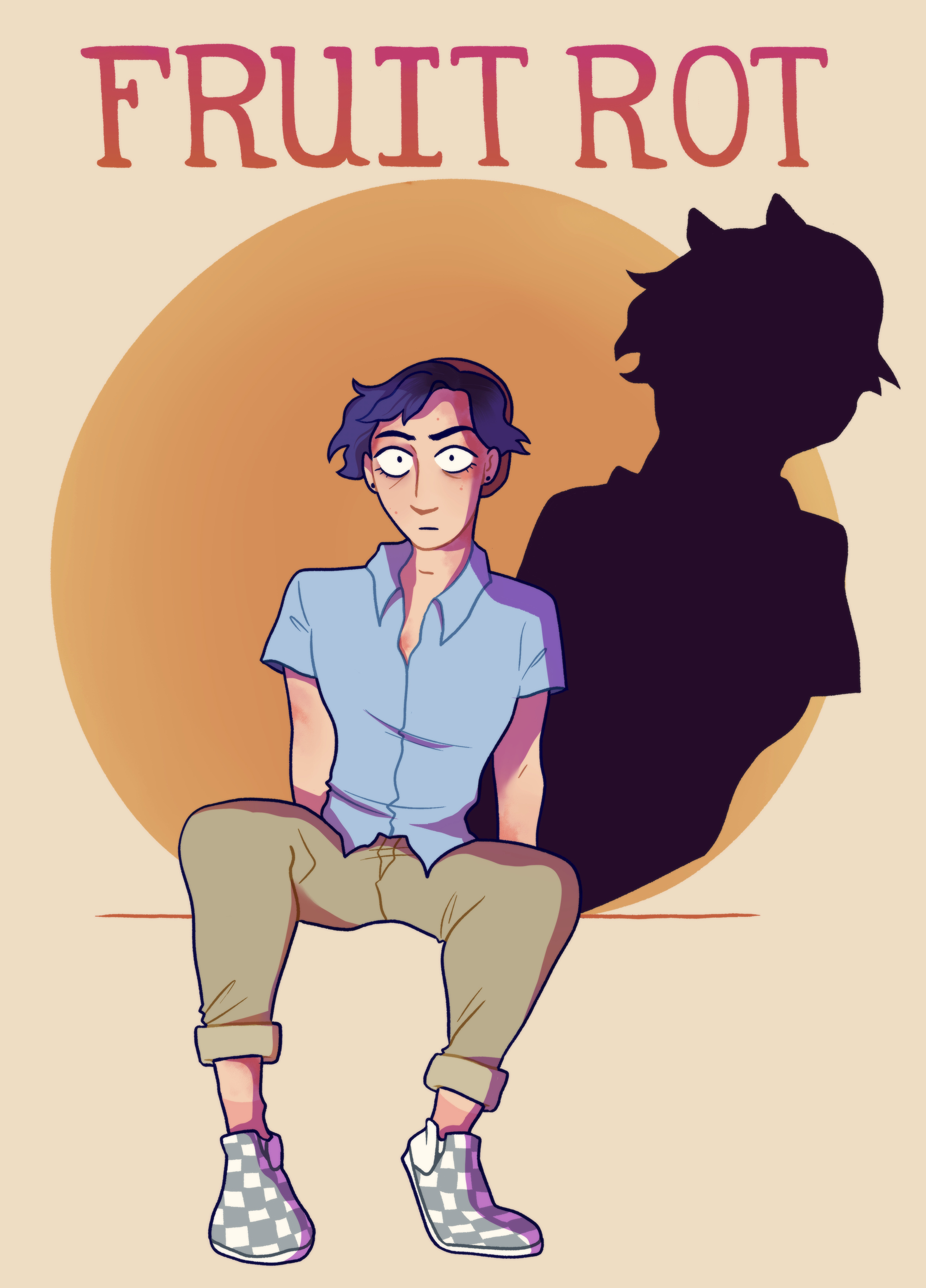 Oops, that's a mighty big image. WELL it just lets you see all the love I put into each pixel a bit better ;'3

Fruit Rot is influenced by Celtic folklore (among other folklores around the world) surrounding fairies and fae folk as well as my own experiences with depression and chronic pain. Elves, fairies, selkies, pookas, trolls, changelings, and a ton more. Even a few original fae creatures! I'm also really influenced by filmmaking as a medium; each shot can be beautiful! Every frame a painting! Doesn't necessarily produce a quick workflow but what can ya do? And HEY, if you enjoy my comic it makes all the hours of colouring the lineart worth it..! (why did I do this to myself my next comic will be 100% monotone lineart I swear- :'D)

And just as a bonus some tags that I would use to classify Fruit Rot (if you want to get the vibez):
lots of LGBT+ characters
bisexual protagonist
female characters (women <3)
fae folk
fantasy
character study
themes of mental health and chronic pain
+ MORE???


Warnings I would provide (may change in the future):
strong language
nudity (nothing too graphic but you will occasionally see a butt or a boob or two)
sexual situations (eventually. It'll be a while :'D)