Stats
Registration date: 26th Aug 2018
Last seen: 6th Mar 2020, 1:43 AM
Posts: 2
Comments left: 40
Ratings given: 5 / 32
Profile views: 290
Profile
Location: Denver, CO.
About Me
DLNorton (a.k.a. Dean L. Norton) is an artist with many artistic talents and outlets. He uses the many tools at his disposal to create the wide varieties of visual art you may see on this site, and the many other sites where his talent is found.

A refugee from Riverside, California, crack houses, brush fires, earthquakes and smog, DLNorton moved to the Denver area in search of better climes. With his wife Colleen and four dogs, he set out to make his dream come true...or possible. He's been published a few times in various independent comic books and other art publications. As far as college schooling goes, DLNorton holds an Associates Degree in web design from University of Phoenix, and a minor in Graphic Design from Riverside (CA) Community College.

​He's currently employed full-time at a local Denver door manufacturing plant, because being a "blue collar" was always his dream. (o__0) ..And he also drives part-time for Lyft.

The Sumerian
This story takes place in the middle of the Bronze Age, around the time of Mesopotamia (present day Iraq) and just after the formation of the written word, and during the reign of King Tirigan. Our protagonist, Zatilla, is on an adventure to find the murderer of her father, Amar-Sin who helped re-establish the Empire who was killed by Al-Tamar, an Assyrian and a genocidal tyrant and criminal who serves the regional governor for his own nefarious purposes. Zatilla is a traveller going from region to region, city to city looking for adventure and of course, Al-Tamar who she is sworn to kill. On her journey’s she picks up various allies like a former sergeant of her father’s regiment and an unknown entity of which she stumbles on quite by accident…

Yes, I know my ancient history is skewed, I'm not a historian by any means, but I’m working to correct these errors. So in the meantime, just use a little suspension of dis-belief and imagination. 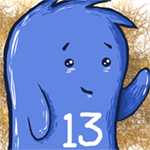 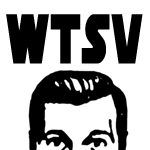 WELCOME TO SLACKVILLE
Whatever else spews out of my stupid head.. PRAISE BOB!
Last update: 8th Jul 2019