Wildfire707's Webcomics
Testing123
If you are reading this then you shouldn't be.
Last update: 24th Feb 2015
[Comic profile] 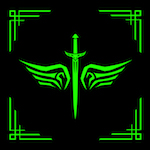 Freaks
Flint Roberts returns to the place he'd hoped to never call home again. As he tries to maintain a perilous balance between right and wrong, he finds there's something even worse plaguing the island than the crooked souls who live there.
Last update: 27th Aug 2016
[Comic profile] 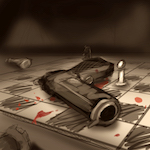 Mizuki Chronicles
WHO THE HECKIE IS MIZUKI?
(Sorry I was trying to be clever. Won't happen again.)
Nathaniel Kiku Mizuki is a young man bound and determined to make a difference in the world. He left his life behind and joined the army in hopes of restoring some kind of order in the Middle East.
Life is never easy, and being a soldier is even harder. Nathan learns this the hard way and struggles to find his place in the world. Is he a man, or a solider?