Location: USA
About Me
My name's Neal. I grew up in Denver, lived in Oregon for awhile, and now live in Minneapolis with my wife, our son, and our dog. I take care of the critters, draw some comics, practice Aikido, and so on. 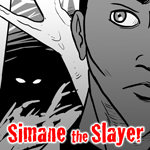 Simane the Slayer
Simane, magician and lycanthrope hunter, must face the consequences of her actions while averting the apocalypse.
Last update: Today
[Comic profile] 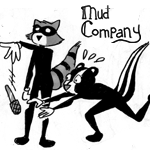 Muddlemarch/Mud Company
Started out as an archive of my alt-weekly strip from the mid 90s to the mid oughts. Then something drove me to start drawing new ones.
Last update: Two weeks ago
[Comic profile] 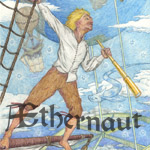 Aethernaut
Adventure and intrigue in an alternate past, where archaic science is true.
Last update: 30th Jan 2020
[Comic profile] 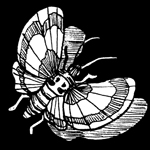 Island of the Moths
In an alternate American past, Aram and his family must cope with the tightening grip of cynical political forces, while trying to understand the threat of the mysterious giant moths.
Last update: 6th Sep 2013
[Comic profile]

Instant Graphic Novel
Instant Graphic Novel is a group jam, somewhat akin to the 24 hour comic. First the group decides on the general story, then we create a page-by-page breakdown. The number of pages is equal to the number of people in the room. Everyone chooses one page to draw. Within a couple of hours the whole thing is done!
Last update: 10th Oct 2011
[Comic profile] 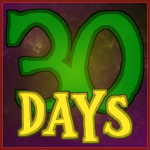 30 Days of Characters
ComicFury artists join together to challenge themselves! 30 characters in 30 days - one new character every day, for the entire month of April. Think you're up for the challenge? Join now!
Last update: 4th Apr 2017
[Comic profile]