Location: Canada, eh
About Me
previously captain ghost (and windmillkey) over at smackjeeves c: 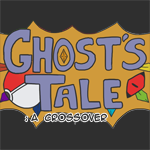 Ghost's Tale: a Crossover
Willow is taken away from her home and made to look for a special medallion. It is soon realized that the problem may not rest solely in finding, but in retrieving... and that, before she can do so, she must come to terms with the fact that she is a Ghost.

*This is a story set in a fan-made pokemon region, but it does not completely focus on pokemon itself.
*Some canon characters are included, though they will be older than in the anime.
Last update: Today
[Comic profile] 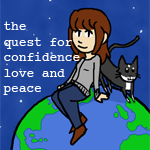 The Quest for Confidence, Love, and Peace
A sketch journal & blog of life happenings.
Last update: This comic has not updated yet.
[Comic profile] 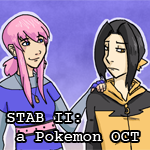 Same Type Attack Bonus II: an OCT
STABII - the sequel to the first STAB tournament run on the island of Holon. Rika's been looking forward to it ever since she heard about it - and isn't it just lucky for her that a friend of hers managed to get his mitts on a ticket?

It's time to make friends, have fun, stir up some drama, and, of course... get some Pokemon battles in!

(OCT is short for Original Character Tournament. You take two (or more) artists or writers, give them a prompt for the round, and the artist selected by the judges to move on goes to the next round, using their work as canon. This was a comic drawn for an OCT hosted on deviantart through 2012.)
Last update: 1st Dec 2019
[Comic profile]